The Toyota Corolla has cemented itself as South Africa's favourite sedan. For more than 50 years, the Corolla has been a market leader and also saw a large portion of its production being done right here in South Africa.

Toyota says that its Corolla sedan has always been the first-choice sedan. And despite segment sales suggesting otherwise, buyers are still opting for the Corolla sedan. Therefore, it was a no-brainer to bring the car to market.

While the Corolla is a strong player in our market, it has to contend with rivals from its home country, Japan, in the forms of the Mazda 3 and Honda Civic. The Corolla had more competition in the form of the Hyundai Elantra and Kia Cerato, but both models have been withdrawn from our market. In Hyundai's case, however, they are readying a new Elantra.

Do you agree that the Toyota Corolla is South Africa's favourite sedan, and why? Do you have a story to tell about your Toyota Corolla? Email us your photos and stories. The Mazda 3 saw a new model come to market in 2019. The range covers 15 models, with the two Astina models being powered by a 2.0-litre engine. The rest of the range is equipped with a 1.5-litre engine.

Comparing the 1.5 Dynamic auto to the Corolla 1.8 XS, the entry-model to the Corolla range, one quickly sees how Toyota managed to undercut its rival.  The Mazda retails for R390 700, making it more than R10 000 expensive than the Toyota. The Mazda's 1.5-litre engine delivers 88kW/153Nm, which pales a bit in comparison to the Corolla's 104kW/171Nm.

REVIEW: Mazda's 3 gets the basics done

When it comes to features, the Mazda matches the Toyota. Both cars have seven airbags and an on-board trip computer, but the 3 is fitted with electric folding side mirrors and rain sensor wipers. These are just a few of the 3's trump cards (on paper, at least), but, overall, the Corolla does have the advantage. irrors and rain sensor wipers. These are just a few of the 3's trump cards (on paper, at least), but, overall, the Corolla does have the advantage.

The Civic gets its comparison with the Corolla off to a tough start. Its base model, the 1.8 Comfort, retails for R394 200, but does not offer that much more in terms of engine performance. The Civic matches the Corolla for kilowatt output but has 3Nm more on 174Nm. It, too, sends power to the front wheels via a Continuously Variable Transmission (CVT).

REVIEW: Did Honda's Civic bridge the gap to the Corolla, Mazda3?

Honda fitted the base Civic with six airbags – one fewer than the Corolla – but none of the other features it has betters the Corolla. For less money, the base Corolla features a rear-view camera, a multi-function steering wheel, and partial cloth and leather upholstery.

On paper, the Corolla has the best of both its rivals at a much lower asking price. Will it dominate its segment? It will, and there is no question about it. Will it be another force to be reckoned with? For sure! But only time will tell just how many hearts Toyota managed to win over with the latest-generation. 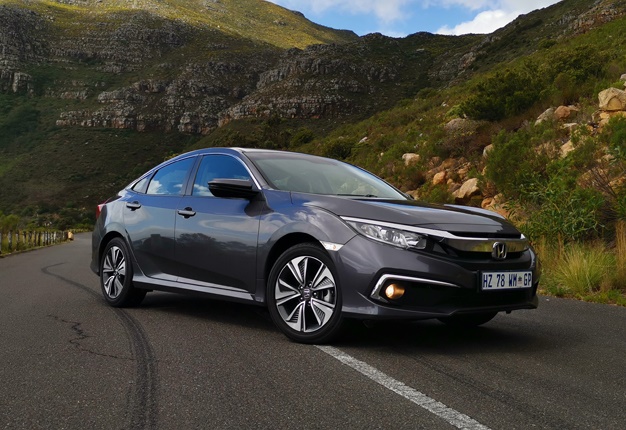 We live in a world where facts and fiction get blurred
In times of uncertainty you need journalism you can trust. For only R75 per month, you have access to a world of in-depth analyses, investigative journalism, top opinions and a range of features. Journalism strengthens democracy. Invest in the future today.
Subscribe to News24
Related Links
Toyota launches new Corolla in SA - Why it took so long for the car to be introduced
How the new Toyota Corolla is the Mzansi Camry
Next on Wheels24
Toyota’s new bZ4X SUV concept serves as a hub for efficiency and better overall mobility