With the price of fuel taking another dip at the end of the month, it sparked a thought to scour through the South African carpool - looking for the cheapest diesel passenger cars in South Africa.

Interestingly, not many automakers have diesel engines lower down their model line-ups, while some, like Mahindra, are riddled with diesel offerings.

The Indian automaker offers nine vehicles in its line-up, of which six cater to the passenger car market. The other three are bakkies.

Ford is the only other automaker to have made our '5 affordable diesel cars' lists with one of its vehicles, but also just. Its EcoSport came in at a slightly lower price than the Renault Duster TechRoad (R298 900) and another Mahindra, the XUV500 W4 (R314 999).

There is a purpose to this list. In the wake of Covid-19, the South African economy will take a slump, and consumers will look to affordable new cars. Maybe a diesel option. Add to that a lower price of fuel, including diesel, and the fact that you get more range from a diesel-powered vehicle, and suddenly your horizons are broadened.

Check out the five most affordable diesel cars in SA’s new car market. It should not matter too much, given that the KUV100 is likely only to do duty in the city. As such, fuel consumption is rated at 4.3-litres/100km, which should see a fuel range of 814L from its 35L fuel tank. 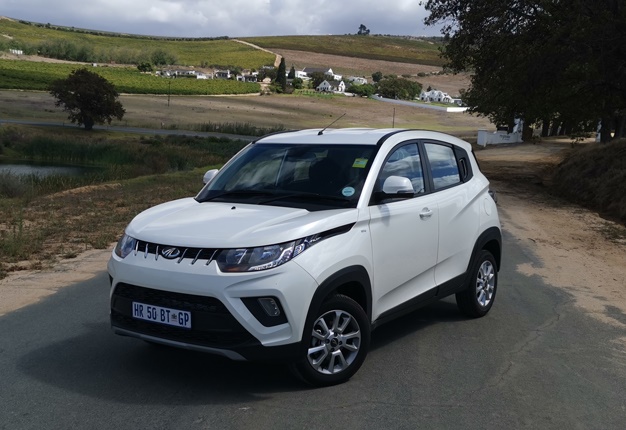 The XUV300 is a definite favourite among the Wheels24 team, especially the diesel models. The engine is smooth, fuel-efficient, and offers plenty of pulling power when soldiering on. It’s even fun to drive on a mountain pass! And that’s only part of the reason why it’s in our long-term fleet.

Mahindra recently launched a new entry-level model to the range that is powered by the same engine as the rest of the range. While the W4 foregoes some features and niceties, it offers buyers a solid opportunity to acquire a real gem in the overall diesel market.

The engine delivers 86kW and 300Nm, with fuel consumption pecked at around 5.0-litres/100km. A range of 840km should be realised on its 42L fuel tank. If you want to be that guy who does things differently, then the Thar should be on your list. Looking very much like a Jeep Wrangler, the Thar offers good off-road capabilities and a unique design. The 2.5-litre diesel engine produces 79kW/247Nm, and all of the power is sent to a 4x4 system.

Though off-road capabilities will take preference over fuel consumption, it’s worth noting that Mahindra claims a fuel return of 7.5-litres/100km for this model. And while it won’t happen when off-roading is the main aim, you can probably push your luck at reaching 800km on a full tank of fuel (60L).

This is not your first-choice SUV, but it does offer the practicality of seven seats at a very reasonable price. Only this one model makes up the range and is powered by a 1.5-litre diesel engine. The motor is mated to a five-speed manual gearbox.

The real kicker: You can theoretically cover 1111km when the 60L fuel tank is filled to the brim. This is the second-best range of any of the cars on our list. Ford launched its new EcoSport in South Africa in 2018. Back then, a 1.0-litre petrol model served as entry-point to the range, but it changed in 2019 when this Ambiente diesel model took that 'honour.'

The EcoSport is a hot favourite among South African buyers and counts as one of the top-selling vehicles every month. This diesel model is part of that success, despite being available with only a five-speed manual gearbox. We live in a world where facts and fiction get blurred
In times of uncertainty you need journalism you can trust. For only R75 per month, you have access to a world of in-depth analyses, investigative journalism, top opinions and a range of features. Journalism strengthens democracy. Invest in the future today.
Subscribe to News24
Related Links
#TRENDING | Here's why most South Africans buy compact SUVs in the R320k-mark
Ranger, EcoSport and Figo head up Ford’s sales charge in January
Next on Wheels24
Haval SA readying for a big move - Here's what you should know about its new Jolion SUV