SEE | The new Porsche 911 Targa is a timeless classic, here's how many units each generation sold

The Porsche 911 is probably the best-known sports car of all time. Having made its debut in 1963, the car has gone on the become an icon in the automotive world.

Two body types, convertible and coupé, were available from the off, but two years later, also at the International Motor Show held in Frankfurt, Germany, Porsche revealed a new model called the Targa.

Over the next few decades, seven generations of the Targa rolled off the production line, with the eighth making its debut earlier this month.

While the newest model will surely push the boundaries of what Porsche can do with its 911 Targa, the lineage which the 2021 Targa came along is an interesting one. Each model of the seven generations before the new one had something special and unique about it, and the latest model incorporates something of everyone in its character.

Which Porsche 911 Targa model was your favourite, and why? Email us. The G Series were built from the summer of 1973 till 1989. A slew of updates to the car's body meant that it could absorb impacts up to speeds of 8km/h - without any damage to the body! Porsche also gave clients the option to specify a black Targa roll bar in place of the brushed steel one. The Type 964 Targa was introduced in 1988 and also saw the introduction of all-wheel-drive. The classic shape of the 911 was retained, but underneath the metal around 85% of the parts were new. By the time production ended in 1993, Porsche had sold 87 663 Targa models over the first three generations. In 1993, the fourth-generation Targa, called the Type 993, was introduced. This car featured wider and flatter front wings, along with enhancements to the engine and chassis. The Type 993 also did away with the customary Targa roll bar and was equipped with a tinted heat-insulated glass roof that ran from the front window frame to the rear. This roof opened electronically in moving segments. In 1997, the new and fifth-generation 911 range made its debut, but it wasn't until 2001 that the Targa Type 996 was available. Like the model before it, this new Targa also had an electrically operated glass roof, and the rear window could also be folded up - a first on the 911. 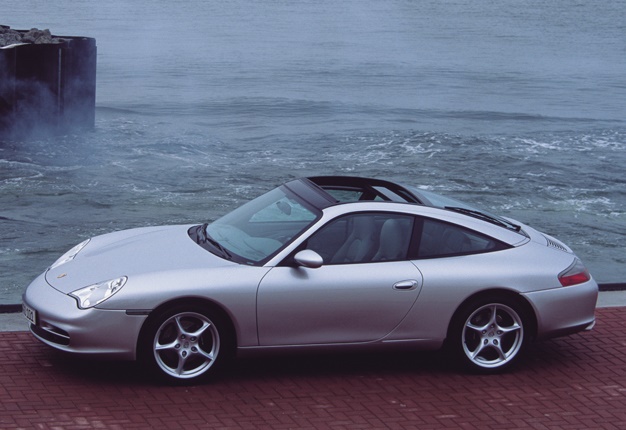 The 911 Targa Type 997 made its debut in 2006, but this time two models made headline news: the 4 and 4S - the '4' being representative of the all-wheel-drive setup. This new model was lighter than the car preceding it, and featured an additional rear lid for added practicality. The two high-gloss polished aluminium strips along the edges of the roof were added to the appeal. The seventh-generation Targa Type 991 made its debut in January 2014, following the debuts of the coupé and cabriolet body variants almost three years prior. This model also saw the return the return of the Targa roll bar, but the roof could now be opened and closed with the press of a button. Porsche said that this "new 911 Targa represented a high-end, innovative new edition of the 1965 classic." We live in a world where facts and fiction get blurred
In times of uncertainty you need journalism you can trust. For 14 free days, you can have access to a world of in-depth analyses, investigative journalism, top opinions and a range of features. Journalism strengthens democracy. Invest in the future today. Thereafter you will be billed R75 per month. You can cancel anytime and if you cancel within 14 days you won't be billed.
Subscribe to News24
Related Links
Headed for SA: Porsche reveals specifications and arrival date for all-new 911 Targa models
WATCH | Here’s why the all-electric Porsche Taycan could be the most important new car in 2020
Next on Life
These are all the cars Toyota is bringing to SA in 2023, and its new Urban Cruiser is a stunner!