Volkswagen is one of South Africa's most popular car brands, and not only is the proof in the monthly sales numbers, but there's a loyal cult following to some of their cars, like the VW Golf GTI and the Polo - almost as unwavering to that of the Toyota Hilux.

And, like its Japanese rival, if you slap a VW badge on a car, it's bound to sell - or be loved, even if the numbers don't really relate.

The Amarok bakkie is one such example. Sales figures don't come close to even the Ford Ranger or Isuzu D-Max, but the German brand's bakkie commands respect, and the previous generation, especially that 3.0-litre V6 beast, is one we'll write home about for decades to come. 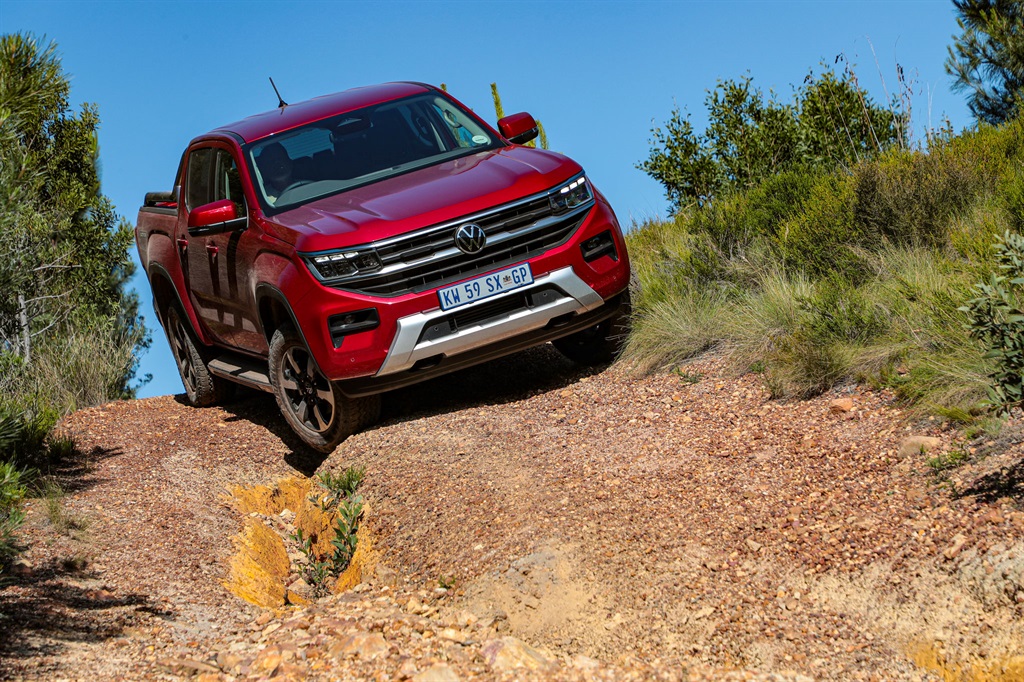 Volkswagen launched its next-generation Amarok to international media right here in Cape Town earlier in December 2022, but the local launch will take place later during the first quarter of this year. And undoubtedly, it's the local automaker's most significant model for 2023.

We can't wait to experience the new model, even though we've already had a more conservative introduction. And, despite the bakkie being built at Ford's Silverton plant and shares engines, gearboxes, tech, and many styling features, the firm reckons it is "100% Volkswagen". The new VW Golf R being put through its passes in one of the Cape's mountain passes.
Supplied Bryce Barnard

Another exciting highlight is the local arrival of the Golf R; even though the media launch took place towards the end of last year, VW will have enough stock for the Big Daddy of Vrr-Phaa-RRR to go on showroom floors. The popular Polo Vivo GT also gets an upgrade in the first quarter.

READ | R you ready? We drive the most potent Golf in SA, but here's why VW can't sell it just yet

The second half of the year will see the arrival of a TDI derivative of the Tiguan and a Trendline model for the T-Cross. Towards the end of the year, the Polo sedan gets a TSI derivative, and the Touareg receives a refresh.

Look out for pricing and specs of these vehicles closer to each of their respective launches.

We live in a world where facts and fiction get blurred
In times of uncertainty you need journalism you can trust. For 14 free days, you can have access to a world of in-depth analyses, investigative journalism, top opinions and a range of features. Journalism strengthens democracy. Invest in the future today. Thereafter you will be billed R75 per month. You can cancel anytime and if you cancel within 14 days you won't be billed.
Subscribe to News24
Next on Life
WATCH | Finally, Suzuki is bringing a 5-door Jimny to SA - now it's the perfect family car