• All-new Shelby Speedster joins the line-up and is limited to 25 units worldwide.

To celebrate the 98th anniversary of founder Carroll Shelby, Shelby South Africa has availed a limited number of Super Snake and Speedster models.

Pricing starts at R1.5-million for the normal Super Snake, while the Speedster goes for R1.6-million.A total of 98 Super Snake Coupe's will be produced, while the new Speedster joins the line-up and is limited to 25 units worldwide.

The Super Snake's power source comes courtesy of a supercharged 5.0-litre V8 engine that results in an epic 615kW, channelling power to the rear wheels. It also launches from 0-100km/h in just 3.5-seconds. Its performance is aided by mechanical bits like a new cooling system, aluminium tank, heat exchanger and a complete Borla exhaust system.

Carroll would be proud

The Snake sits on 20-inch one-piece forged aluminium wheels, coupled with other exterior changes like the aluminium widebody front fenders and the steel bonnet from Shelby's Signature edition. A rear spoiler, tail panel and diffuser, Shelby louvered dark-tinted quarter windows and optional Super Snake badging and striping round off the aesthetics. 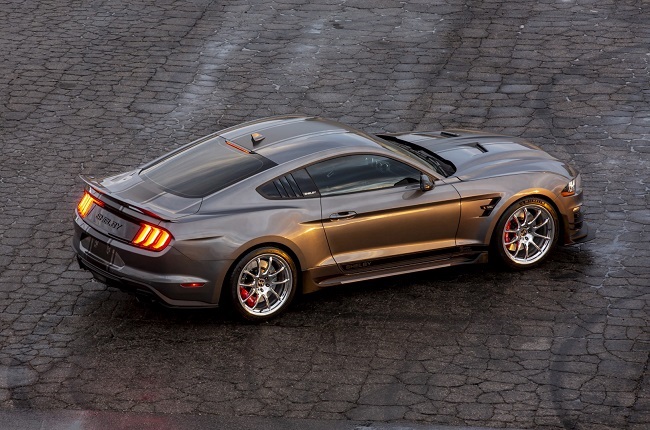 Confirmed: Ford to sell special edition Mustang Mach 1 in SA, but numbers will be limited

Peter Lindenberg, owner of Shelby South Africa, says: "The wider body allows for the use of bigger 305-inch tyres all round. Shelby has also made advances on the aero package, hence a more aggressive front bumper and splitter with added veins. Inside, things like the floor mat, seats and door sills bear the Shelby name, in addition to the cluster and gauges. Carroll Shelby Mustang (CSM) numbering can be found on the dash and inside the engine bay, documented by the Official Shelby Registry.

If the buyer chooses, an interior option allows the rear seat to be removed and a harness bar put in its place. Both the Shelby Super Snake coupe and Shelby Speedster are now available to order in South Africa.