Significantly improved: Toyota's new GR86 is a real driver's car. We take it on track in SA

Toyota has significantly updated their Toyota 86, while retaining the characteristics that define this vehicle and ensuring that it continues to offer pure unadulterated driving pleasure.

The fact that this vehicle concept has been retained and refined says a lot about Toyota as a company that, at the same time, is developing a wide variety of new energy solutions. It is great to know that despite the pressures from climate change prophets, some car companies still see the need to build cars that appeal to those drivers who place driving and dynamic ability above all else. 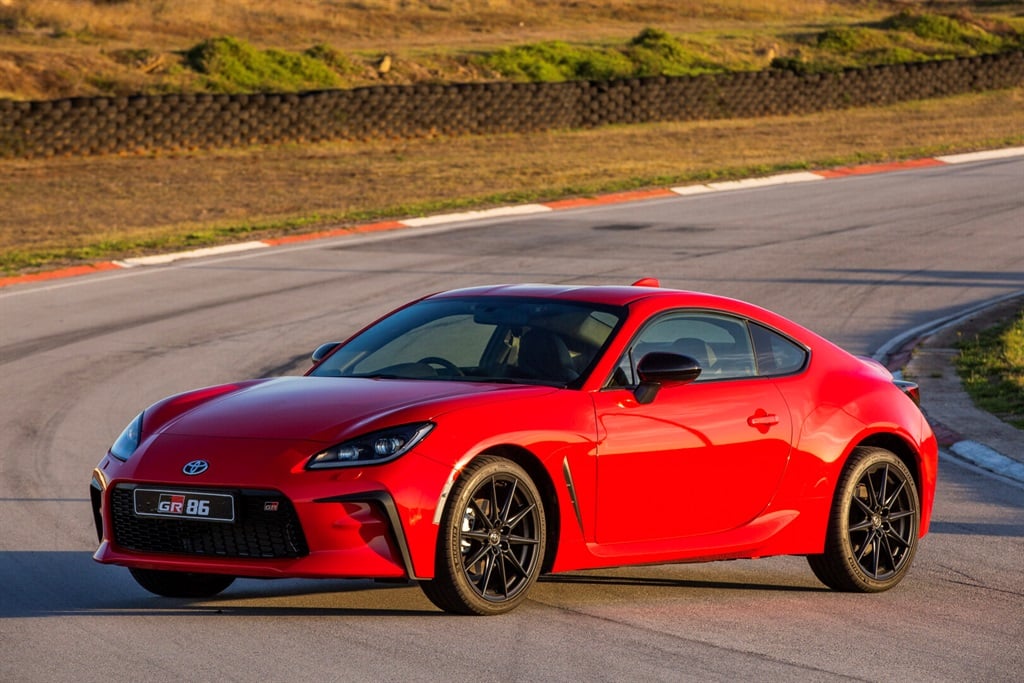 While the previous generation Toyota 86 was great in concept, and represented a true driver's car, it did have a few shortcomings. The biggest of these was that it was considered underpowered by many.

Fortunately, Toyota listened, and the latest model has received a significant upgrade in this area with the addition of a larger displacement 2.4-litre power plant.

The exhaust now produces an even more satisfying growl under acceleration and is augmented by an Active Sound Control system that transmits the sound of the engine to the cabin through a dedicated speaker in the centre of the instrument panel, with volume varying according to the drive mode selected. The six-speed manual transmission has been retained but has been significantly revised in line with the engine's increased power and torque and is key to the car's engaging driver appeal. The shift lever has been designed with a short, precise stroke and a snug fit in the driver's hand.

Toyota is also catering for those drivers who prefer an automatic transmission, with the addition of an all-new six-speed automatic, which offers a great balance between convenience while still being fun to drive. The electronically controlled, six-speed, intelligent automatic transmission features paddles for the driver to take over complete control of the gear shifts when the desire arises, and its performance can be adapted via four different drive modes, with the transmission automatically selecting the optimum gear in line with the driver's use of the brake and throttle and the vehicle's dynamic behaviour. what the car could do in a safe and controllable way.

What the previous Toyota 86 lacked in outright performance, it made up for in predictable handling that invited the driver to explore the limit of what the car could do in a safe and controllable way.

Although the latest GT86 is based on the same chassis, it has been treated to a variety of upgrades to ensure that it can handle the additional power while it continues to offer precise handling and feedback of driver inputs. These updates include enhanced dynamics thanks to increased body rigidity, lighter weight and lower centre of gravity, and sharper aesthetics due to adopting motorsports-sourced aerodynamic features.

New, stronger, lightweight materials have been used strategically throughout the body structure, while the centre of gravity has been lowered, weight has been reduced, and the front/rear weight balance has been optimised.

The suspension layout remains unchanged, with independent McPherson struts upfront and double wishbones at the rear; however, they have been tuned for a higher level of responsive and stable handling, thanks in part to revised shock absorber damping and coil spring characteristics.

While one might expect the GT86 to feel similar to that of its predecessors, a few laps of Aldo Scribante quickly revealed that the increase in power and torque has completely transformed the car. This is a real driver's car that continues to reward the driver the harder they push the vehicle. Even with all the traction control systems engaged, slight steering inputs and application of the loud pedal results in a highly predictable, smile-inducing oversteer. Performance from the naturally aspirated boxer engine is impressive down at the coast. The engine is surprisingly rev-happy given its horizontally opposed configuration, begging you to rev it out in every gear, with a suitable soundtrack to go along with it. Power delivery is smooth and linear, and throttle mapping is excellent, allowing for precise control via the throttle mid-corner or on exit, which further adds to its very predictable yet rewarding driving characteristic.

The vehicle stability control can be adjusted in five different modes to suit the driver's preference or the driving conditions, which includes sport driving mode with no VSC support and traction control turned off for those drivers who enjoy converting rubber into smoke.

The design blends functionality and stylish looks, both of which are critical for a classic sports car such as the GR86. The evolution of the taut, low-slung look expresses its classic front engine and rear-wheel drive setup. Short overhangs add to the agile look, together with a wide and low stance. The front and rear wings and cabin are individually accentuated, generating the dynamic feel of an authentic sports car with inspirations from icons such as the 2000GT and AE86 Corolla.

The new parabola-shaped LED headlights have an internal L-shaped arrangement, while the grille features an exclusive mesh pattern. The front bumper has a new textured moulding that is functional and sporty. Together with the low-set grille and front air ducts, it forms a functional matrix grille that has become a trademark design feature of Toyota's GR models. 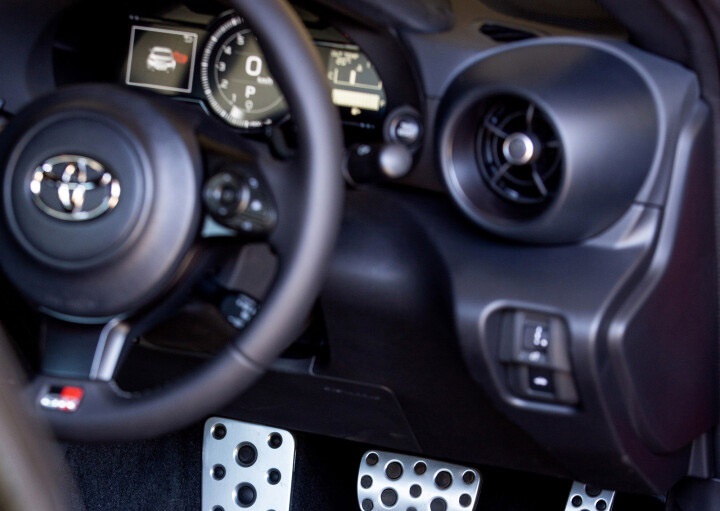 The side profile sees the powerful front wings and large rocker mouldings form side skirts, while the horizontally aligned underbody, running across the top of the wings and through the doorline, creates a robust front-to-rear posture. At the rear, light clusters feature a three-dimensional solid form and blend into a garnish that runs across the car's width. 18-inch anthracite rims round off the updated design.

The interior design aims to deliver the best possible layout for usability and operation while giving the driver the broadest possible field of vision. Around the driver, function controls are designed and located for ease of use. Newly shaped front sports seats feature supportive pads, which are independent of each other, ensuring a slim design and good retention of the driver and front passenger during sporty driving.

A faster, more powerful multimedia system with an eight-inch display now features Apple CarPlay and Android Auto. The driver's instrument display adapts according to the selected drive mode, including a racing car-style readout when Track mode is selected. The interior is the only real area where I can criticise the new GT86; the sporty, lightweight, low-slung layout does result in a slightly noisy cabin when covering long distances on the highway, but it is by no means uncomfortable and a small price to pay.

The body structure features impact-absorbing elements to soak up and channel forces in the event of an impact. A crush box structure has been adopted in front of the A-pillar, and the reaction support components have been strengthened. Seven airbags are provided as standard, including front, side and curtain shield airbags and a driver's knee airbag. The Toyota GT86 proves that sticking to the basics and getting them right is all that is needed to create an exceptional car. A powerful engine up front, two doors and rear-wheel drive are a recipe for success. Keep the weight down as Toyota has done, and the result is an exceptionally rewarding car to drive.

We live in a world where facts and fiction get blurred
In times of uncertainty you need journalism you can trust. For 14 free days, you can have access to a world of in-depth analyses, investigative journalism, top opinions and a range of features. Journalism strengthens democracy. Invest in the future today. Thereafter you will be billed R75 per month. You can cancel anytime and if you cancel within 14 days you won't be billed.
Subscribe to News24
Next on Life
REVIEW | The upgraded Hyundai Creta is one of the most frugal petrol cars you can buy today