Subaru's second-generation BRZ breaks cover and it's better than ever 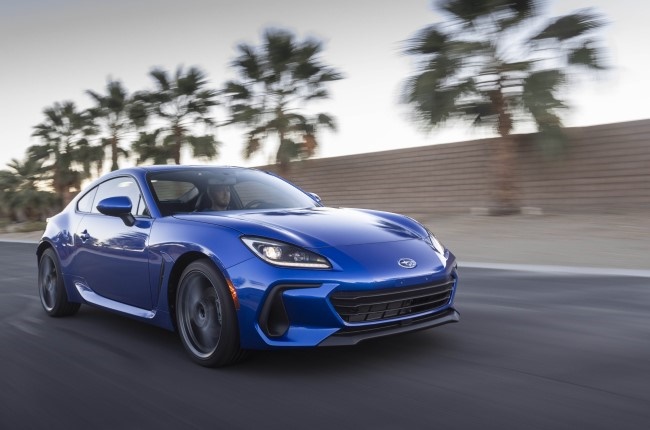 • Subaru has focused on 'ultra-low centre of gravity, low weight and pin-sharp handling' in the new BRZ.

• The BRZ is powered by a new Toyota-sourced 2.4-litre naturally aspirated Boxer engine with 170kW.

• The Japanese company claims the BRZ weighs under 1315 kilograms.

Subaru is the first of the two Japanese carmakers to show off its latest iteration of the two-door, two+two sports car named the BRZ. The other nameplate is the GT86 and wears a Toyota badge.

The two models have been developed alongside each other, with the GR86 yet to be unveiled by Toyota.

And just like the first version it's powered by a naturally-aspirated Boxer engine with the power sent to the rear wheels via a six-speed manual gearbox. An automatic gearbox is optional.

The motor has grown in capacity to a 2.4-litre engine with 170kW and 250Nm and the car has an overall weight of 1315 kilograms.

Subaru says their aim of the second iteration of the BRZ is to use the same fundamentals of sports car design that it used to create the original: low vehicle weight, an ultra-low center of gravity with precision steering and handling in an affordable 2+2 package.

The new one, however, is more powerful and the carmaker claims has better handling, improved styling, a 50-percent increase in torsional stiffness and an updated, more modern interior.

Sitting low in the chassis, the Subaru Bs unique design allows the BRZ to achieve a Center of Gravity (CoG) even lower than the previous BRZ and on par with exotic hyper-cars. The reason the ultra-low CoG is critical to delivering unrivaled handling, with a low polar moment and quick reaction to driver inputs says Subaru. The 2.4-litre naturally aspirated engine redlines at 7000r/min and delivers a 15% increase in torque.

The 2022 BRZ will be offered in both Premium and Limited trims and is available with two transmission choices; a standard six-speed manual or an available six-speed automatic with a new Sport mode. The new Sport mode allows for more rapid downshifts with automatic throttle blipping and utilizes yaw sensors to hold the transmission in a lower gear during hard cornering to maximize performance, says Subaru.

Despite its sporting intentions, the 2022 Subaru BRZ does not sacrifice everyday comfort and practicality. The 2+2 seating and folding rear seats create a useful cargo area that has space for carrying a mountain bike, golf clubs, or even four race tyres and tools for track days.

Utilizing aluminium for the roof, front fenders and hood, the 2022 Subaru BRZ has an estimated curb weight of just under 1315 kilograms. 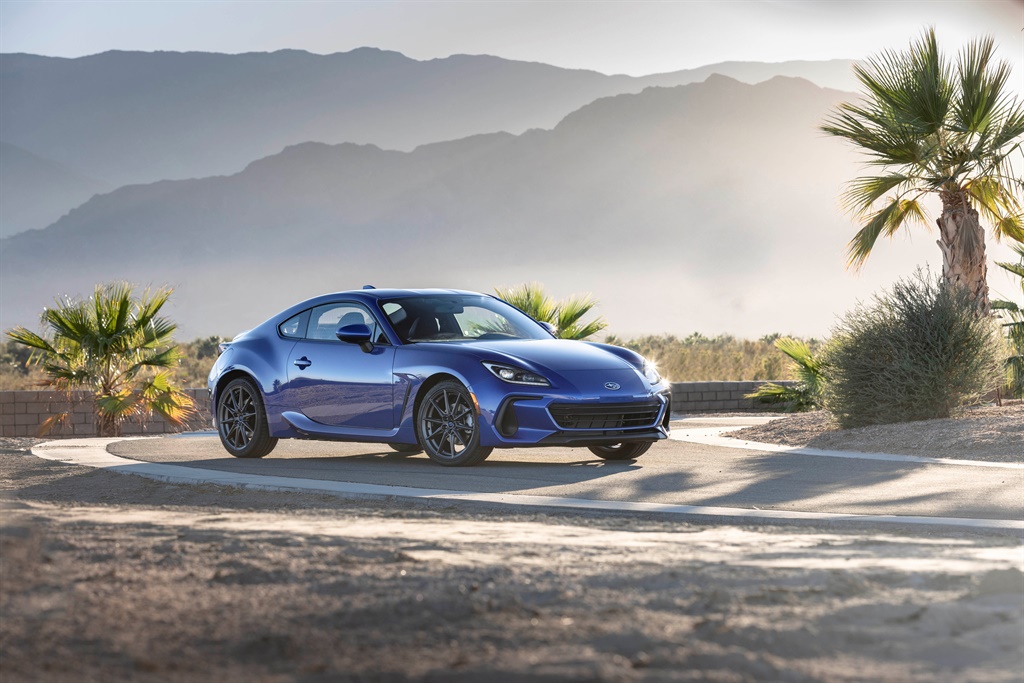 The interior features a new customisable 17cm digital dashboard is the focal point with the tachometer front and center featuring an integrated digital speedometer readout. To the left of the tachometer is a programmable meter that can change to show amps, water temperature or a g-meter.

In track mode the tachometer automatically shifts to a linear graph with a color display that allows for a quick read allowing the driver to focus on the road. The overall cabin design is contemporary and modular with improved driver amenities. The 20cm infotainment touch screen takes precedence in the center stack and features the latest Starlink multimedia systems, including standard smartphone integration with Apple CarPlay and Android Auto, as well as Bluetooth and a rear camera.

In keeping with its sports car dynamics, the BRZ seating position is low, but features excellent sight lines due to use of high strength steel in the A, B and C -pillars. 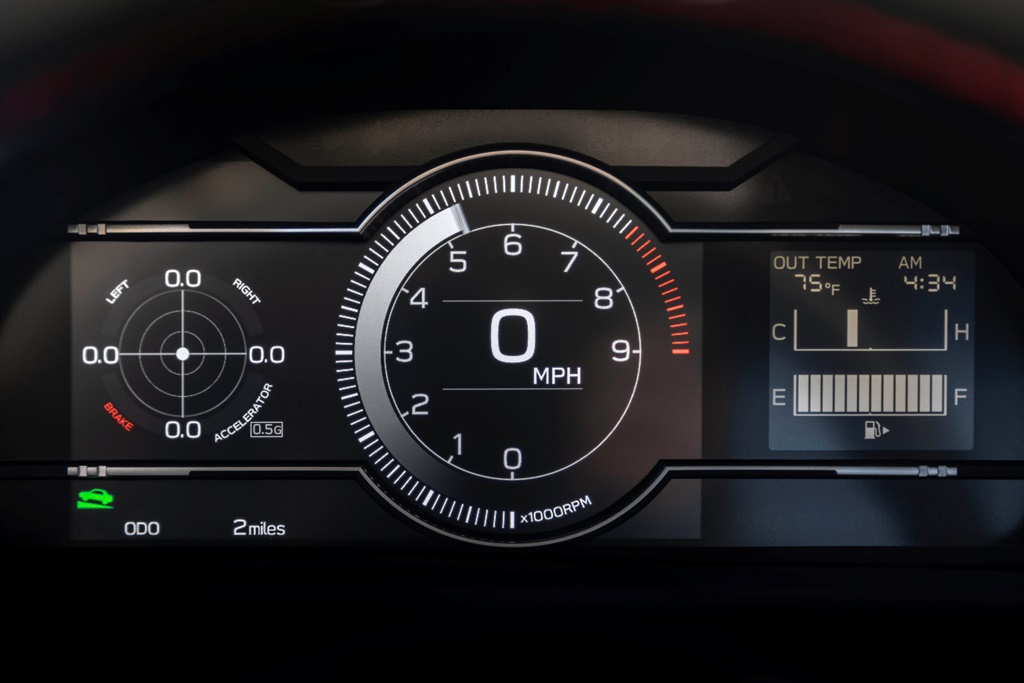 Featuring a bespoke chassis, the front suspension uses struts and coil springs to keep weight low. Using design elements from the Subaru Global Platform, the chassis has gained rigidity through a reinforced chassis mounting system, sub-frame architecture and other connection points. Front lateral bending rigidity has been increased by 60% for the new model.

The front suspension features custom-designed MacPherson-type struts to optimise the low hood line while retaining a long stroke for ideal handling and ride quality. At the rear it uses a  double wishbone rear suspension system. For track driving, the standard Vehicle Stability Control (VSC) traction and stability system offers the driver five different settings. The system has been redesigned to allow more input from the driver before it activates the traction system. The system can be turned completely off to put the driver in full control.

Production of the Subaru BRZ will be at Subaru’s Gunma, Japan assembly plant.

We live in a world where facts and fiction get blurred
In times of uncertainty you need journalism you can trust. For only R75 per month, you have access to a world of in-depth analyses, investigative journalism, top opinions and a range of features. Journalism strengthens democracy. Invest in the future today.
Subscribe to News24
Related Links
Toyota and Subaru join forces (again), this time to build electric vehicles
WATCH: Affordable and sporty - Subaru BRZ makes for a great sports car
Next on Wheels24
LETTER | If Nissan wants success with its new Navara, add a V6 petrol to the mix - reader