Suzuki Auto South Africa has risen in the ranks to become one of the country's best-selling new car retailers. The company recorded a new domestic sales record of 3 347 units for a near-10% passenger vehicle market share in March. And, it regularly finds itself in a top-five position among South Africa's best-selling automotive brands.

One of the critical reasons Suzuki remains a best-seller in SA is that it aggressively launches new budget-friendly models to keep it competitive and attractive. Recently, its new Celerio was launched in South Africa, but now the company is looking to plug more gaps in the market with a special edition Vitara Brezza called the S-Edition.

Motoring enthusiasts might immediately expect this vehicle to feature punch-in-the-gut performance upgrades. After all, Subaru gave its Forester sports utility vehicle WRX levels of performance when it launched an S-Edition of its own here not that long ago. However, the Vitara Brezza S-Edition is a cosmetic upgrade, and it finds itself as a mid-tier option in the popular Suzuki crossover line-up. 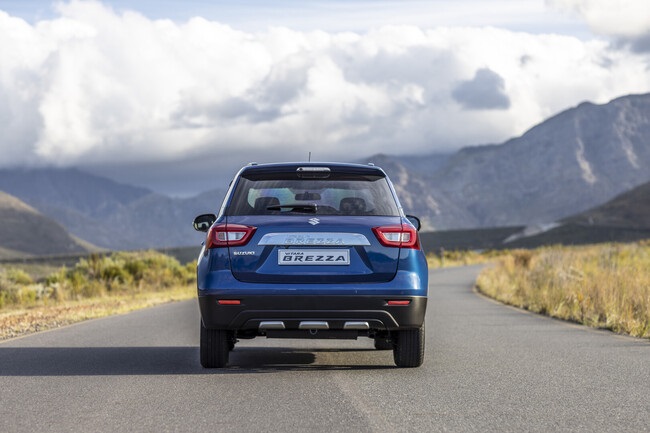 As a celebration of one year of sales success in SA for the Vitara Brezza in South Africa, this S-Edition comes to town with a refreshed grille changed from bright chrome to pattered cubic chrome. You also get stylish silver trim instead of the dark black polycarbonate finish on the cheaper model. There are additional sprinklings of silver here and there, but the stand-out feature has to be the new 16-inch alloy wheels and tyres that come as standard. Inside, it's a case of silver trimming instead of black, just like the outside. But, you at least get all the trappings of the GL model, which means dual airbags, a touch screen infotainment system with Apple CarPlay, Android Auto and a reverse camera, steering wheel controls for the Bluetooth and audio system and climate control. The S-Edition also boasts electric fold-in mirrors, rear parking sensors and height adjustment for the driver's seat as standard. Snazzy. The new Vitara Brezza S-Edition comes with a 'Suzuki Complete' warranty, service plan and roadside assistance package. This includes a five-year or 200 000km mechanical warranty, a six-year or unlimited mileage body corrosion warranty and a four-year or 60 000km service plan. You also get a three-year or unlimited mileage roadside assistance plan included in the price. Powered by a 1.5-litre naturally-aspirated four-cylinder petrol engine, the Vitara Brezza S-Edition offers 77kW of power and 138Nm of torque. According to the OEM, it will sip 6.2 litres per 100km in a combined cycle regardless of whether you go for the manual or the four-speed torque converter auto. Expect zero to 100km/h sprints to take approximately 12 seconds, while top speed is estimated to be around 160km/h.

And the price? Here's the latest pricing of the Vitara Brezza range and how the S-Edition slots into the portfolio:

We live in a world where facts and fiction get blurred
In times of uncertainty you need journalism you can trust. For 14 free days, you can have access to a world of in-depth analyses, investigative journalism, top opinions and a range of features. Journalism strengthens democracy. Invest in the future today. Thereafter you will be billed R75 per month. You can cancel anytime and if you cancel within 14 days you won't be billed.
Subscribe to News24
Next on Wheels24
SEE | Only 100 cars coming: Ford's new Mustang California Special Edition now in SA

Get the newsletter
Lockdown For
DAYS
HRS
MINS
Brought to you by
Voting Booth
Do you think Mercedes will return to form later in the 2022 F1 season after two poor races?
Please select an option Oops! Something went wrong, please try again later.
Yes, don't discredit them.
33% - 611 votes
Who cares, F1 is exciting again!
44% - 813 votes
No, it's Ferrari's turn to dominate again.
23% - 432 votes
Previous Results
Car Doctor
Car doctor | How 'pimping your ride' could affect your vehicle insurance - what...