• There are four electric cars in South Africa.

• The Jaguar I-Pace has the longest electric range of 470km.

With electric mobility becoming increasingly prevalent, automakers are testing the South African waters as to whether they should bring their electric vehicles (EVs) to our market, or not. Already several automakers have brought EVs to South Africa - the first being BMW. The German automotive giant brought its i3 and i8 to our market several years ago and expanded its electric offering with the i3 REx (Range Extender). This car's primary source of power was its electric motor, with a small 600cc petrol engine, linked to a 9L fuel tank, as secondary power unit.

The i8 was a groundbreaking car in many regards, given that it merged electric and 'conventional' power in a contemporary package. The car, in essence, was a hybrid. A 1.5-litre three-cylinder engine (170kW/320Nm) and an electric motor (105kW/249Nm) powered it, but it had an all-electric range of around 53km. Sadly, production on the i8 ceased earlier this year, with only the i3 left as BMW's electric offering.

Keep an eye on the local market, though, because this automaker will bring several new EVs to our shores in the coming years. But alongside the i3, what other electric cars are there to choose from? Perhaps saying that our market has a 'good mix of choice' when it comes to electric vehicles is not the best description, but given that several body types are represented we'll go with it.

Offering the entry-point to electric mobility is the Mini SE. With pricing starting at R642 000, the SE's electric battery offers 135kW and 270Nm of electric power. Mini claims a 0-100km/h time of 7.3 seconds and a 150km/h top speed. Range-wise you can look at covering a maximum distance of 217km. Mini offers the SE with a five-year/100 000km maintenance plan and the automaker's warranty plan.

READ: Cheaper than petrol - Here's how much it costs to charge an electric vehicle in SA

The i3 is the next most-affordable EV in South Africa. Four models make up the range, with the i3 REx topping out at R874 600. The i3 eDrive (R721 700) used to be the entry-point to EVs in South Africa and impressed with smooth acceleration and a very spacious cabin. The electric motor produces 125kW and 250Nm and can cover between 260 - 310km on electric power. The range is slightly more in the REx. Because BMW and Mini are from the same family, the i3 has the same warranty and maintenance plan as the SE. Following the Taycan's local launch, editor Janine van der Post wrote: "The Taycan is rapid, and it's scary. Scary because it bolts from zero to 100km/h faster than you can think about what to cook for supper. It's frightening because the car is so planted on the road, at such high speeds."

Porsche offers its Taycan with a three-year or 100 000km maintenance plan, with the option to extend to five years. The warranty is valid for two-years/unlimited km.

Special mention: The Nissan Leaf was the first electric vehicle to be sold locally, however, since we're awaiting the arrival of the latest model launched in 2018, the Leaf is currently not available. Due to the pandemic, all estimated launch plans have been put on hold. 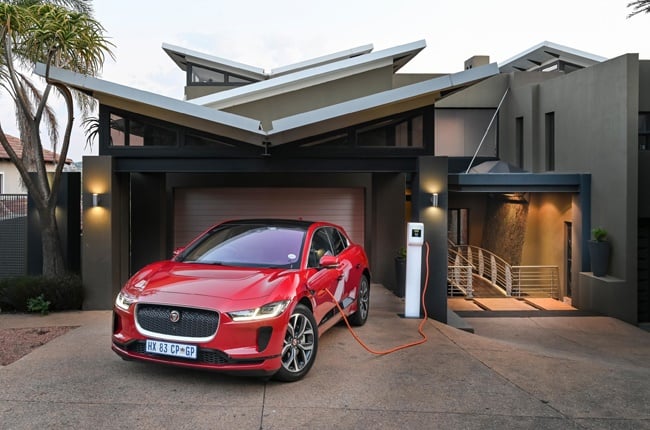 2020 Porsche Taycan
Supplied Porsche Media
We live in a world where facts and fiction get blurred
In times of uncertainty you need journalism you can trust. For 14 free days, you can have access to a world of in-depth analyses, investigative journalism, top opinions and a range of features. Journalism strengthens democracy. Invest in the future today. Thereafter you will be billed R75 per month. You can cancel anytime and if you cancel within 14 days you won't be billed.
Subscribe to News24
Related Links
Cheaper than petrol - Here's how much it costs to charge an electric vehicle in SA
WATCH | Here’s why the all-electric Porsche Taycan could be the most important new car in 2020
WATCH | ID.3, UX300e, ix3... Forthcoming all-electric cars you should be excited about
Next on Wheels24
Hyundai's new compact Creta SUV gets a mega refresh and it's better than before