• Chery is readying itself to reenter the South African market.

• The Chinese automaker first came to market in 2008 and soldiered on until 2018.

• Chery's modern line-up is a far-cry from what locals came to know from the brand.

Chinese car giant Chery is readying itself for a second bite of the South African market and will share more information on its imminently expected return this month. Given its not so successful first attempt to establish the brand here, what can we expect from the state-owned carmaker this time round?
Ferdi de Vos
Follow @Wheels24

Chinese car giant Chery is readying itself for a second bite of the South African market and will share more information on its imminently expected return this month. Given its not so successful first attempt to establish the brand here, what can we expect from the state-owned carmaker this time round?

In 2008, Chery Automobile was one of the first Chinese vehicle manufacturers to enter the local market. Under the Imperial banner (now Motus), it sold a wide range of vehicles - from the small, entry-level QQ (later the QQ3), the J2 and J3 hatchbacks, to the Quantum-lookalike P10 and Tiggo SUV.

Most of its vehicles were underpinned by aged Japanese platforms (for instance, the Tiggo was based on the third-generation Toyota RAV4) and sold cheaply. The market was strong, so there was demand until customers realised the Chinese products do not last and that aftersales support was dubious. By 2015, most of the Chinese brands here folded as they did not meet local market expectations (GWM being the notable exception). Chery soldiered on until 2018 when it ended its local affiliation with the soon to restructured Imperial. Chery did very well in other overseas markets and has been the most prominent Chinese vehicle exporter for the last 18 years.

The manufacturer, headquartered in Wuhu, has also spent vast amounts of money on research and development. Besides joint ventures with Jaguar Land Rover and Qoros, it now has a wide range of new products in sub-brands such as Exeed and Jetour. However, the Tiggo range - now completely redeveloped and extended - is still a mainstay product for the conglomerate.

From its ongoing pre-launch campaign - including a strong and active social media drive and the establishment of a comprehensive website - it is clear the automaker will return as a standalone entity (under the Chery International umbrella) this time around.

So, what can we expect from Chery in terms of model derivatives? Well, with such a wide product range available, anything is possible. Still, despite all kinds of speculation and rumours, it seems the first new models on offer will be the Tiggo 8 and Tiggo 4 models, most likely with Pro Series specification levels.

Currently, these two models are indicated on the Chery South Africa website (not Chery Auto) as Tiggo X and Tiggo Y, with two other models (Tiggo M and Tiggo Z) still under wraps.

Can Chery win over the South African buyer with its modern portfolio? Email us your thoughts or use the comment section below. The smaller Tiggo 4 Pro is a sub-compact SUV similar to the Hyundai Creta, Kia Seltos or Mazda CX 3, and the imminently expected Toyota Corolla Cross. There is a choice between three engines: a naturally aspirated 1.5-litre petrol (84kW and 138Nm), a 2.0-litre (91kW and 180Nm), and 1.5-litre turbo petrol (110kW and 210Nm) – coupled with a five-speed manual gearbox or six-speed CVT. 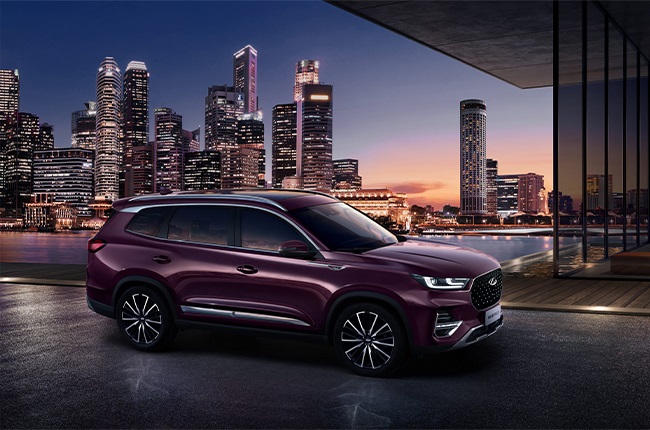 The Tiggo 8 Pro and Tiggo 4 Pro models will most likely be available just before year-end and will most probably be followed by the Tiggo 2 Pro subcompact crossover. Powered by a 1.5-litre naturally aspirated engine (78 kW/135 Nm) and either a five-speed manual or a four-speed auto transmission, the older Tiggo 2 will compete against entry-level subcompacts such as the Nissan Magnite and Suzuki Vitara Brezza.The Tiggo 7 Pro compact SUV is aimed at lower-end models in the Toyota RAV4, Hyundai Tucson, Kia Sportage and Mitsubishi Eclipse Cross ranges. According to overseas figures, the Tiggo 7 Pro is also powered by a 1.5-litre turbo petrol engine, delivering 108kW and 230Nm of torque.

However, Chery has more to offer than just the Tiggo. Following the example of GWM with its Haval brand, the manufacturer may also consider introducing some of its premium Exeed (the TXL really looks great) and Jetour models later.

The new Chery models offer modern styling, lots of standard equipment, and better engineering and quality than before but offer no diesel alternatives. Even so, considering its latest model line-up and with keen pricing and aggressive marketing, Chery could well establish itself here (again) quite quickly. Chery Tiggo 4
Chery Media
We live in a world where facts and fiction get blurred
In times of uncertainty you need journalism you can trust. For only R75 per month, you have access to a world of in-depth analyses, investigative journalism, top opinions and a range of features. Journalism strengthens democracy. Invest in the future today.
Subscribe to News24
Next on Wheels24
NEW MODEL | Stunning 2022 Kia Sorento has launched in SA - prices and specs here

Subscribe to newsletters
Lockdown For
DAYS
HRS
MINS
Brought to you by
Voting Booth
Which of these factors are prohibiting you from buying an electric vehicle as your next car?
Please select an option Oops! Something went wrong, please try again later.
Prices should be more affordable
16% - 213 votes
Our unreliable electricity source
10% - 130 votes
There's not enough charging infrastructure
10% - 137 votes
All of the above
64% - 870 votes
Previous Results
Car Doctor
Hold my ECU: Owners of tuned cars remove engine control units to prevent them...