What was scheduled to take place at the end of March 2020 finally happened in April. Toyota South Africa launched its new Corolla sedan, albeit virtually, under strict lockdown measures.

The virtual conference, hosted by the automaker's marketing and PR teams, was centered around the new car's arrival and how it would impact the market in the coming years.

It was a defining moment, both for Toyota as a brand and the Corolla, as it continues a tradition that started in October 1966. This tradition - or love affair - between South Africans and the Corolla grew exponentially over the next five decades. So much so that, in November 1975, Toyota South Africa acquired the necessary permissions to build the Corolla locally.

Local production continued until 2019 when it was announced that the new, twelfth generation Corolla would not continue the trend. Instead, the production line in Durban will be used to build the new Corolla Quest - a car based on the eleventh-generation Corolla. Come March, and president Cyril Ramaphosa imposes a national lockdown, which threw these plans into disarray.

A month after the scheduled launch, Toyota is finally ready to unleash the new Corolla onto the South African market. Digitally. Toyota has cut the number of models the range comprises of, substantially. Previously, buyers could choose from more than ten derivatives, but now only three are on offer.

The car is powered by a choice of two petrol engines, either a 1.8- or 2.0-litre. Both units are naturally-aspirated and, says Toyota, an ideal fit for the Corolla sedan. The smaller engine, available with a continuously variable transmission (CVT), sends 104kW/171Nm to the front wheels. The other engine, mated to either the same 10-speed CVT or a six-speed manual, also sends its 125kW/200Nm to the front wheels.

Pressed on whether or not a diesel option could join the range, Toyota affirmed that a diesel engine is not on the cards, but they are evaluating the market for the possible introduction of a hybrid model.

DRIVEN: Why Toyota has launched its new Corolla Quest with a huge price-cut on top models

Glenn Crompton, vice president of marketing at Toyota SA, said earlier this year: "Like its hatched sibling, this new-generation sedan is built on Toyota's latest TNGA platform. It is a marked step up from its predecessor with powerful and efficient new drivetrains, a sharper design language, crisp handling, and superb ride comfort, as well as a long list of driver-assistance safety niceties - never before seen on Corolla."

Toyota took on a minimalistic approach when designing the car's interior. It now features soft-touch surfaces, an interactive display in front of the driver, electric adjustment for the seats, and a two-tone colour gradient on the seats in the higher-grade models.

To see the features on the new Toyota Corolla sedan, click here. 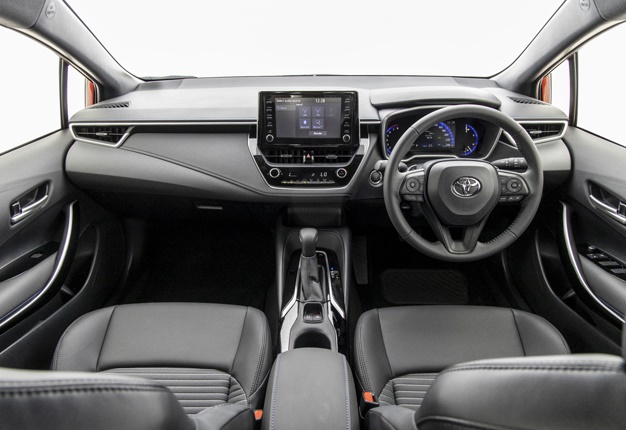 As it stands, the Corolla family now consists of three models: the Corolla Quest, the new Corolla hatchback, and the newly-launched Corolla sedan.

Toyota South Africa explained that while it may seem that the models could detract sales from one another, each car offers something unique to the market. Each has its strengths and will speak to its unique audience. The new Corolla sedan will lead the charge as the top offering, followed by the Corolla hatch and Corolla Quest.

The Corolla hatch is powered by a turbocharged 1.2-litre petrol engine (85kW/185Nm), but this unit will not find its way to the Corolla sedan. Though the engine will fit, market research does not justify such an option.

Toyota knows its customers. And after selling more than one million units in SA, it's difficult to argue against their marketing decisions. They are the custodians of the winning recipe, after all.

All Corolla models are sold with a six-services/90 000km service plan, with service intervals pegged at 15 000km or every 12-months, whichever comes first. A three-year/100 000km warranty is also included. 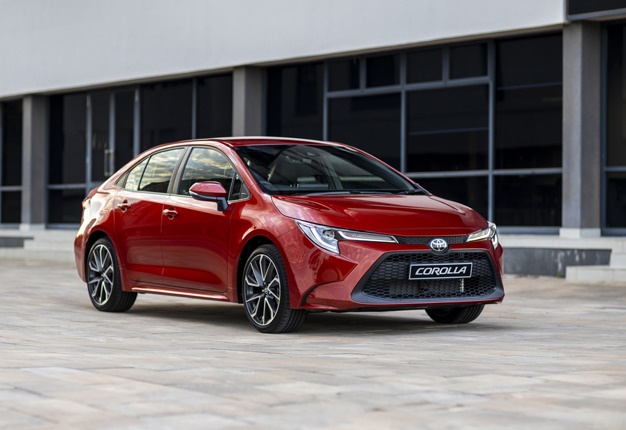 2020 Toyota Corolla sedan. Image: MotorPress
We live in a world where facts and fiction get blurred
In times of uncertainty you need journalism you can trust. For only R75 per month, you have access to a world of in-depth analyses, investigative journalism, top opinions and a range of features. Journalism strengthens democracy. Invest in the future today.
Subscribe to News24
Related Links
Officially in SA! All you need to know about Toyota's new Corolla
How the new Toyota Corolla is the Mzansi Camry
Next on Wheels24
Toyota’s new bZ4X SUV concept serves as a hub for efficiency and better overall mobility