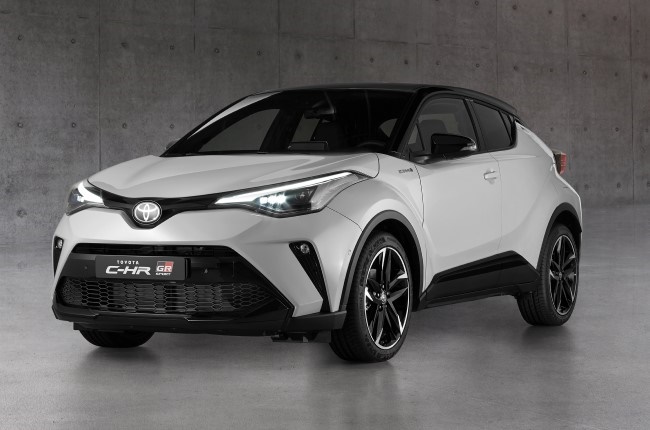 • The GR Sport model benefits from cosmetic changes to the interior and exterior.

Toyota Europe unveiled its CH-R compact crossover replete with GR Sport flavour. The model benefits from Gazoo Racing, the company's motorsport team, styling cues inside and out. It also has an upgraded specification including privacy glass and LED headlights.

Toyota South Africa says local introduction has not been confirmed. Inspired by Toyota's performance-focused GR models and the livery colours of Gazoo Racing. The bespoke frontal treatment of the GR Sport includes a Black emblem background and headlamp housings, a Piano Black finish to the centre bumper and fog lamp surrounds, a dark chrome grille and a new front spoiler.

To the side, Piano Black door moulding inserts are complimented by a model-unique 19" alloy wheel design. Move around to the rear and the CH-R features a black emblem background, piano black reflector surrounds, a bespoke under-bumper trim garnish and the GR Sport logo, the carmaker says.

The GR Sport is available in a choice of nine exclusive bi-tone colour schemes, including a new, model-unique Dynamic Grey finish with a black roof. Inside expect a new 'cool silver' finish to the cabin and a choice of alcantara-trimmed leather or all-fabric seat upholstery wearing GR-inspired red and grey stitching. There are practical upgrades to the GR Sport too, with the model featuring privacy glass, keyless entry, LED high beam headlamps and auto-fold door mirrors.

The GR Sport models do not feature engine upgrades, however it has received unique tyres and tweaks to the suspension system and steering. 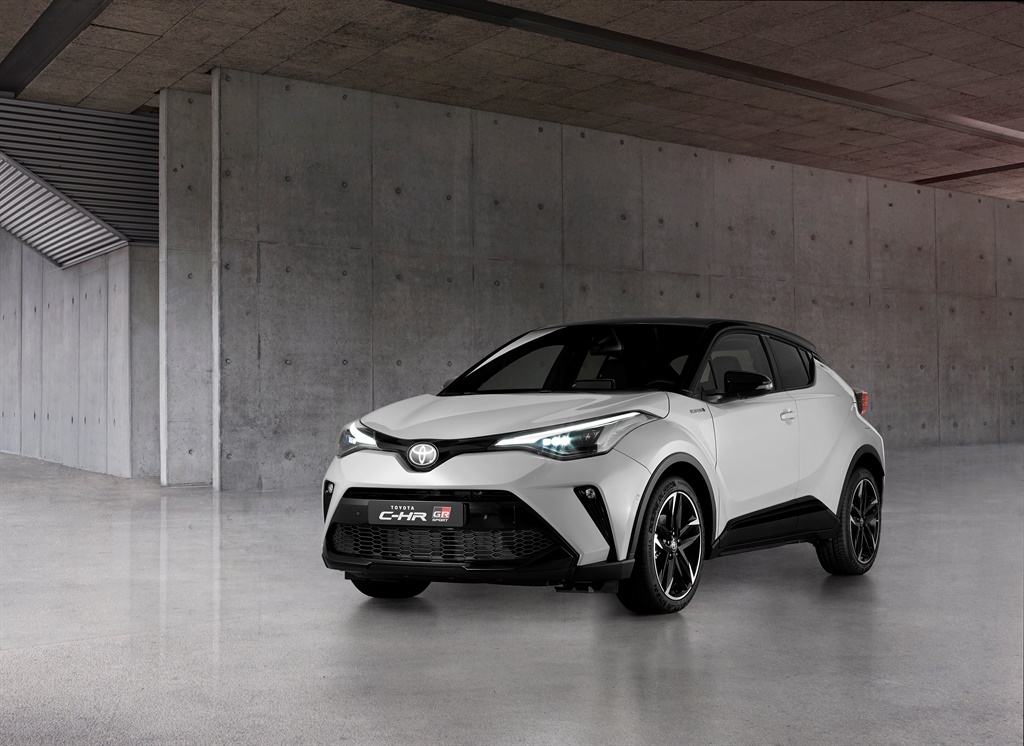 We live in a world where facts and fiction get blurred
In times of uncertainty you need journalism you can trust. For 14 free days, you can have access to a world of in-depth analyses, investigative journalism, top opinions and a range of features. Journalism strengthens democracy. Invest in the future today. Thereafter you will be billed R75 per month. You can cancel anytime and if you cancel within 14 days you won't be billed.
Subscribe to News24
Related Links
Toyota's popular Fortuner receives facelift, extra grunt and new flagship model
New Starlet helps Toyota SA post best passenger car sales of 2020
Next on Life
There are some nice Toyota models coming to SA in 2023, but where's the 224kW Corolla GR?