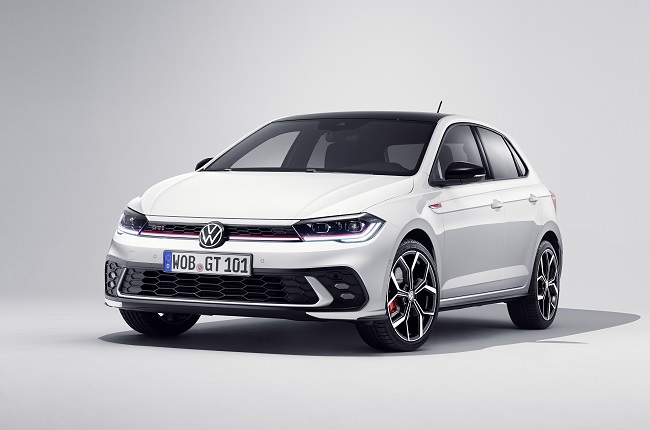 • The model will be available in SA during the first quarter of 2022.

After teasing initial sketch images in May, Volkswagen has officially unveiled the latest generation of its Polo GTI hot hatch.

According to Volkswagen South Africa, the model will be launched locally during the first quarter of 2022.Under the bonnet is a 2.0-litre TSI engine that delivers 152kW and 320Nm, using a seven-speed DSG transmission that sends power to the front axles. Performance-wise, it accelerates from 0-100km/h in 6.5-seconds and runs to a top speed of 240km/h. READ | Wolfsburg is the gift that keeps on giving: VW to unveil its new SA-bound Polo GTI in June One of the most attractive exterior updates is the presence of new IQ LED headlights, an illuminated front grille and fog lights shaped similar to that of the upcoming Golf 8 GTI. The red pinstripe on the front, badging on the boot and fender, remains the same as the previous models.

VW spared no expense on the inside as the GTI comes standard with a 10.25-inch Digital Cockpit Pro and 8.0-inch display with full Apple CarPlay and Android Auto connectivity.

Some of the optional equipment includes a panoramic sunroof, ArtVelours seat covers, voice control and a six-speaker 'beats' sound system.

More information regarding specification and pricing will be released closer to the launch date.

2022 VW Polo GTI
VW Media
We live in a world where facts and fiction get blurred
In times of uncertainty you need journalism you can trust. For 14 free days, you can have access to a world of in-depth analyses, investigative journalism, top opinions and a range of features. Journalism strengthens democracy. Invest in the future today. Thereafter you will be billed R75 per month. You can cancel anytime and if you cancel within 14 days you won't be billed.
Subscribe to News24
Next on Wheels24
FIRST DRIVE | Watch out, Hilux! Ford's new Ranger likely to turn SA's bakkie game on its head