BMW's new 4 Series officially debuted Tuesday (June2) and the full production model has stayed true to the large kidney grille we saw on the Concept 4 at Frankfurt last year.

Under the skin the car has a lower centre of gravity 21mm lower, a rear-axle track 23mm wider than the 3 Series Sedan. Weight-minimised body and chassis construction. It boasts a BMW hallmark of 50:50 weight distribution too with targeted optimisation of aerodynamics and reduction in lift at the rear axle.

See what the new BMW 4 Series is all about from the people who created it.

Known internally as the G22, the 4 Series Coupe's engine line-up is spearheaded by a BMW M model in the shape of the new M440i xDrive Coupe. The three-model line-up will arrive in the final quarter of 2020. The new M440i xDrive Coupe is the flagship of the range and is powered by a potent straight-six engine delivering maximum output of 275kW and 500Nm, it will also feature 48V mild-hybrid technology, with a 48V starter-generator and a second battery employed to both ease the load on the engine and act in unison with it, says the carmaker.

The 420i and 420d models employ two-litre turbocharged motors with the latter a diesel engine. 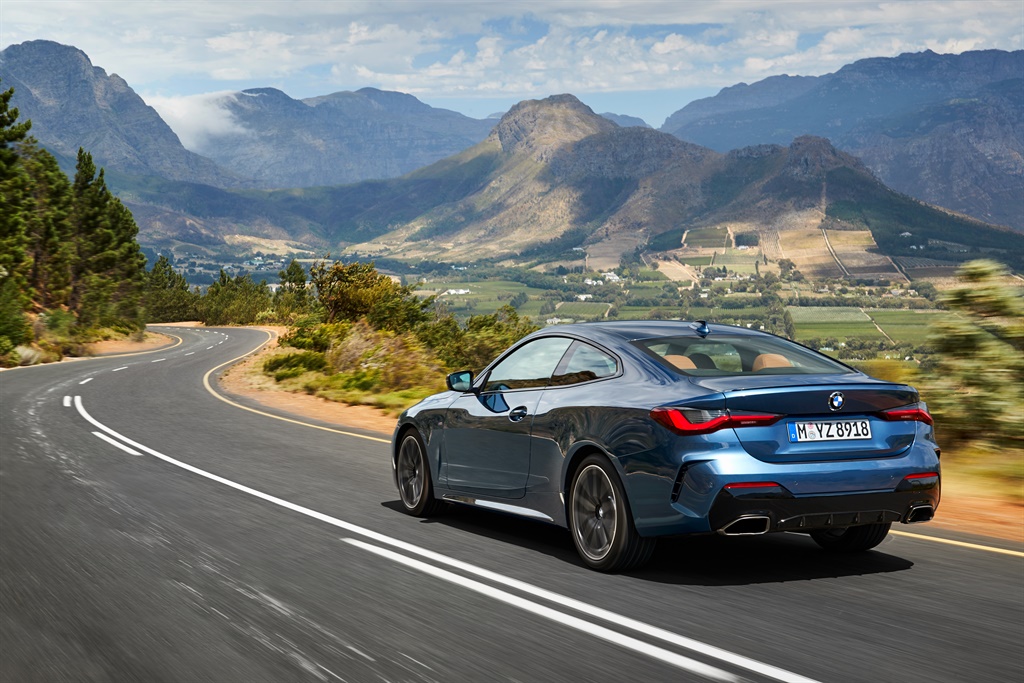 We live in a world where facts and fiction get blurred
In times of uncertainty you need journalism you can trust. For only R75 per month, you have access to a world of in-depth analyses, investigative journalism, top opinions and a range of features. Journalism strengthens democracy. Invest in the future today.
Subscribe to News24
Related Links
Is the 4 Series the ugliest BMW yet? Reasons behind their most controversial design in years
PICS | BMW's new 4 Series leaks ahead of global reveal
Next on Wheels24
NEW MODEL | Stunning 2022 Kia Sorento has launched in SA - prices and specs here