• It is built exclusively for track days and circuit racing.

The folks over at Porsche Motorsport is celebrating the 25th anniversary with its motorsport partner, Manthey-Racing, with a special edition 911 GT2 RS Clubsport 25.

Only 30 units will be made available and built exclusively for use on track days and circuit racing. The model is powered by a twin-turbo 3.8-litre flat-six engine that produces 515kW, with power sent to the rear wheels via a seven-speed PDK transmission.

Matthias Scholz, Director GT Racing Cars, says: "Porsche Motorsport and Manthey have won many races and championships since the team was founded 25 years ago – for example, seven times at the 24 hours at the Nürburging. Since 2013 the two companies have been closely affiliated." Bred for the track

The special edition model draws inspiration from Manthey's 911 GT3 R because of its distinctive green and yellow livery found on various sections of the body.

READ: Porsche 911 GT2 RS: The day I drove a unicorn will be etched in my heart forever

Nicolas Raeder, Managing Director of Manthey-Racing, says: "With the 911 GT2 RS Clubsport 25 special edition, which we designed and developed in conjunction with Porsche Motorsport, we've reached another milestone in the 25-year history of Manthey. It's a perfect example of our guiding principle, 'Closer to Perfection.' 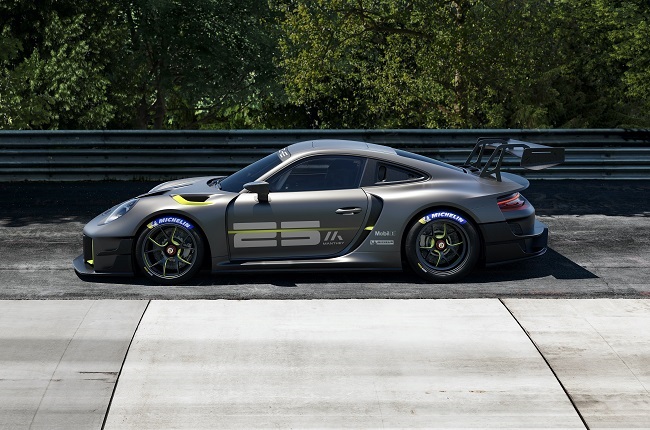 Porsche 911 GT2 RS Clubsport 25
Porsche
We live in a world where facts and fiction get blurred
In times of uncertainty you need journalism you can trust. For only R75 per month, you have access to a world of in-depth analyses, investigative journalism, top opinions and a range of features. Journalism strengthens democracy. Invest in the future today.
Subscribe to News24
Next on Wheels24
WATCH | Next-gen Ford Ranger tested to the extreme in world's toughest conditions