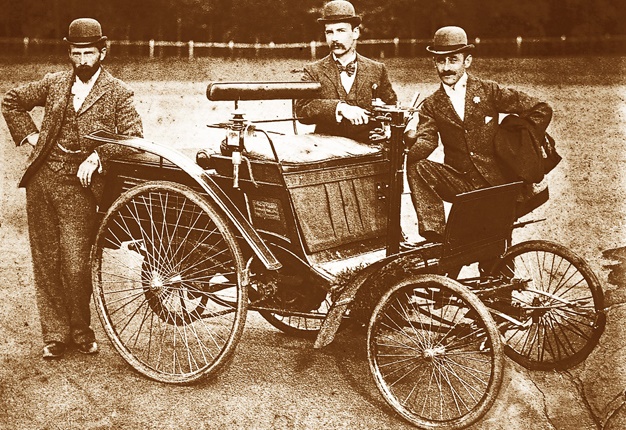 This epoch-making event will be celebrated as one of the high points at the South African Festival of Motoring (Kyalami from August 31 - September 4, 2016) which will feature a host of vintage and classic cars.

Times have changed immeasurably since SA's hummble motoring beginning at Berea Park in Pretoria 120 years ago.

The first car in SA

Although the first car, a Benz Velo “horseless carriage”, which had been imported by a local businessman, John Percy Hess, arrived in SA at the end of 1896, it did not run under its own power until January 4 of the following year. This was due to the fact that there was a delay of a month in the arrival of the benzene fuel for the engine!

The first public demonstration of the Benz Velo took place at the Berea Park sports ground in Pretoria in front of Paul Kruger, the President of the Transvaal Republic. The publicity blurb urging Pretorians to attend this “red letter day” event proclaimed that “the motor car, like the bicycle, has come to stay and will be the craze of the century.”

READ: First Ferrari in SA resurfaces - It's worth R160-million!

Hess went on to become the sole agent for the Benz brand in South Africa. The car was subsequently driven in Johannesburg as part of his initiative to promote “a revolution in locomotion.”

The pace of development was amazing once it had been accepted by the public and it was no longer for cars to be preceded by a man with a red flag as was the case in the pioneering days. Despite two World Wars development of motorised transport continued apace and now we are looking towards a future when these cars and trucks will drive themselves in the real world, not in the fantasy world of science fiction!

SA was fairly quickly out of the starting blocks into the world of motorised transport. The first Ford to arrive in SA, a 1903 Model A, was, in fact the first Ford to be sold outside North America. Cars became more readily available in SA with the arrival of the mass-produced Ford Model T and about 1000 cars a year were going onto local roads by 1910.

The next step was local assembly and this began in 1924 when Ford opened a plant in a disused wool shed in Port Elizabeth.

This early start-up was soon followed by the erection of a facility to assemble General Motors products and since then a host of assembly plants have come and gone over the years. Even now there are several international companies evaluating proposals to set up manufacturing plants in this country at the tip of Africa.

Over the years the SA motor industry has enjoyed varying levels of government support for its manufacturing activities, initially to boost the local economy, then to beat economic sanctions during the apartheid years and latterly as an important contributor to foreign revenue-generating exports.

There are currently more than 2600 model derivatives in the passenger car and light commercial vehicle sectors.

A lack of significant public transport alternatives has led to South Africa becoming a country ever more reliant on vehicles such as cars and minibuses for personal transport which is resulting in traffic congestion and high levels of pollution.

However, this environment has spawned a love affair between South Africans and the motor car which continues unabated. The changing lifestyles of many South Africans with the growing popularity of outdoor pursuits such as mountain biking has led to rapid growth in the number of sports utility vehicles (SUVs) being sold to the detriment of sedans which were the staple diet of the local motorist for many years.

We live in a world where facts and fiction get blurred
In times of uncertainty you need journalism you can trust. For only R75 per month, you have access to a world of in-depth analyses, investigative journalism, top opinions and a range of features. Journalism strengthens democracy. Invest in the future today.
Subscribe to News24
Related Links
Concours set to regale SA classic car aficionados
Classic car enthusiast: Driving an Alfa Romeo 2000 Sportiva
This rare rally car sold for R1.4-million in SA
Next on Wheels24
Round 2, sold! Biggest private collection of classic cars in SA go under the hammer again

Subscribe to newsletters
Lockdown For
DAYS
HRS
MINS
Brought to you by
Voting Booth
Who do you feel was at fault for Verstappen and Hamilton's Italian GP crash?
Please select an option Oops! Something went wrong, please try again later.
Verstappen
25% - 1228 votes
Hamilton
42% - 2073 votes
They were both at fault
33% - 1607 votes
Previous Results
Car Doctor
WATCH | How to protect yourself from buying a water-damaged used car