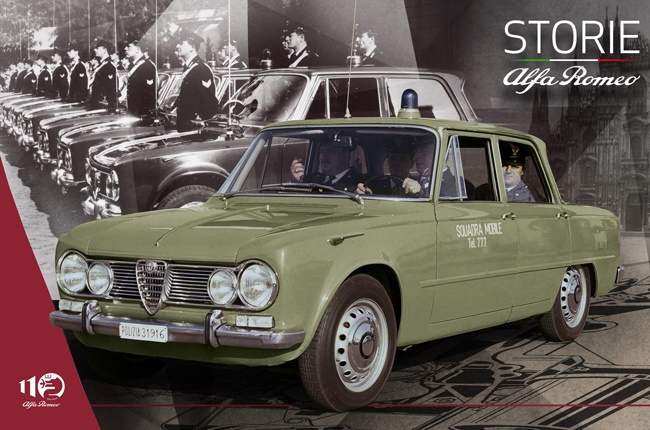 • It was the emergency vehicle of choice at the time

• The 1900 became the best-selling Alfa Romeo

After World War II, Alfa Romeo solidified itself as a trusted and go-to brand in the automotive world.

Consumers opted for it, and even governments took them on as official emergency vehicles. From the 1950s onward, this took place, and the cars would be known as 'volanti', as they quickly became a familiar sight on the roads.

Several Alfa Romeo vehicles were used by emergency services and would be nicknamed 'Panther' and 'Gazelle.' To Alfa, this was a feather in the cap, as it underlined the dynamism and strong-built of the vehicles.

One of these cars, the 1900, was the first Alfa to roll off an assembly line. The new method of production saw production time being cut from 240 hours to just 100 per vehicle, and the 1900 sold more units than the total Alfa Romeo of other models until that time.

What is your favourite Alfa Romeo of all time? Email us.

We live in a world where facts and fiction get blurred
In times of uncertainty you need journalism you can trust. For 14 free days, you can have access to a world of in-depth analyses, investigative journalism, top opinions and a range of features. Journalism strengthens democracy. Invest in the future today. Thereafter you will be billed R75 per month. You can cancel anytime and if you cancel within 14 days you won't be billed.
Subscribe to News24
Related Links
WATCH | Alfa Romeo remembers winning the first F1 championship in 1950
WATCH | The 6C 2500 Villa d'Este was an important car for Alfa Romeo post-World War II
Next on Life
How Ford's Cortina P100 paved the way for SA's vehicle exports, and birthed the 'Bokkie Bakkie'