• Graham Warsop took ownership of his Jaguar D-Type at the start of 2020.

Almost 70 years ago, Jaguar entered motorsport with the C-Type sports cars. That was in 1951, and the car proved to be a success from the off. That year, Jaguar also entered Le Mans - winning on the first outing.

A few years later, following various race entries, Jaguar replaced the C-Type with the D-Type - a road-going version of the C-Type, but a car in own right. This was Jaguar's first, and official, answer to the Italian and German sports cars of the time, and it immediately drew widespread acclaim. The D-Type was in production for several years, but Jaguar also entered it into motorsport events.

Earlier this year, I crossed paths with Graham Warsop, founder of Jupiter Drawing Room. Warsop, who established himself in South Africa in the late 1980s, is an avid petrol head, but with a penchant for British sports cars. And rightly so, given that he hails from Queen Elizabeth's country of birth.

One of Warsop's great loves is the 1955 Jaguar D-Type. It was always dream of his to one day own one. On the day we met, he was coincidentally driving his D-Type. Dressed in his racing attire, helmet, and racing goggles, Warsop agreed to a feature on this legend of a car. The only problem, we'd soon hear, was lockdown and the subsequent months-long delay on everything. Still, the plans never fell flat, and once the necessary go-aheads were given, Warsop was ready to share his incredible journey with the D-Type.

Heading out to meet Warsop, we saddled up the new 2020 Jaguar F-Type - the 5.0-litre V8 supercharged model. It was an exciting moment bringing these two cars together, literally connecting past and present. The D-Type may be the successor to the C-Type, but it was the starting point for both the E-Type and F-Type. Heading out of Cape Town, we cruised through the Boland towards our destination where the D-Type was ready and waiting.

Do you own a classic car you'd like us to feature? Email us and share your story and images. 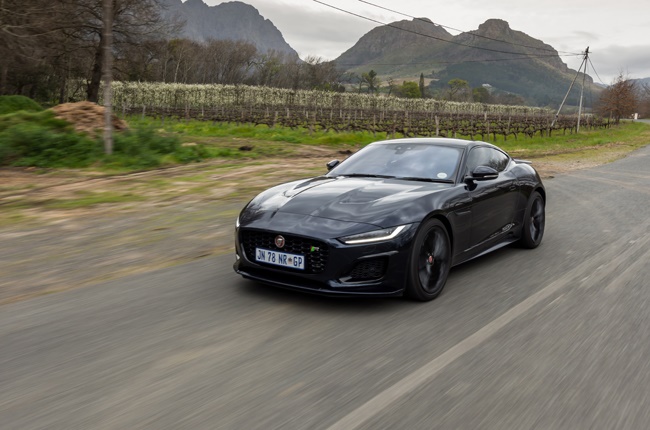 A replica, but with pedigree

Given the D-Type's extensive rich history, it will take a pretty penny to acquire one. Warsop notes that an original 1956 D-Type, the car that won Le Mans that year, was sold for a staggering 16-million Euro in 2016. It is thus far more attainable to acquire a replica model. Fortunately, there are engineering companies that specialise in recreating classic cars of the past.

Warsop took delivery of his replica D-Type at the start of 2020 and has been making good use of opportunities to drive it. He says it wasn't as easy as it seems to get the car in South Africa from England, seeing that the boat passed the Cape Town docks a couple of times before finally making it to the port.

It might, no doubt, have been a frustrating process, but the reward, Warsop says, was well worth the wait.

We live in a world where facts and fiction get blurred
In times of uncertainty you need journalism you can trust. For 14 free days, you can have access to a world of in-depth analyses, investigative journalism, top opinions and a range of features. Journalism strengthens democracy. Invest in the future today. Thereafter you will be billed R75 per month. You can cancel anytime and if you cancel within 14 days you won't be billed.
Subscribe to News24
Related Links
Mustang, 911, Supra... Rivals Jaguar's feisty cat must face on local soil
Rare Jaguar E-Type, awesome F-Type, one epic reunion in Cape Town
Next on Wheels24
OPINION | How the memory of the Ford Sierra XR8 still brings a quiver of old-fashioned fear