Tesla CEO, Elon Musk, presented the first batch of made-in-China cars to ordinary buyers on Tuesday (7 Jan 2020) in a milestone for the company's new Shanghai "giga-factory". This comes as sales decelerate in the world's largest electric-vehicle market.

The eccentric entrepreneur danced awkwardly, gave out high-fives, and mugged on a stage as sleek Model 3 sedans - the company's mid-price, mass-market offer - were driven up one by one and presented to buyers who jumped into the back seats before being driven away at the plant.

The factory is the company's first outside the United States and a key step forward in Musk's strategy of going global.

Musk said it was just the start of what will be a growing investment in China by the California-based electric-vehicle pioneer.

He said: "We intend to continue making a significant investment and increasing that investment in China, making the Model 3 and the Model Y, and future models also in China."

Tesla has said the multi-billion-dollar plant is producing more than 1 000 vehicles per week. It has already delivered a small batch of Model 3s on December 30 to employees who had pre-ordered them. Those being driven away at Tuesday's event were the first for regular consumers.

The giga-factory is unusual for China, which typically requires foreign automakers to forge manufacturing joint ventures with domestic firms, which means sharing profits and technology with local partners.

But amid sustained US pressure on China to open its markets, that requirement was waived for the Shanghai assembly line, which is wholly-owned by Tesla and believed to be the first to enjoy that status.

Musk has said that the plant would eventually have an annual production capacity of 500 000 vehicles, and has billed it as the solution to the company's perennial struggles with production delays and failure to keep up with demand. 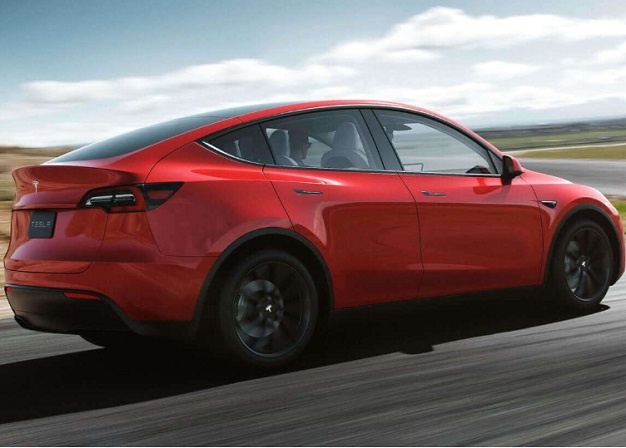 Tesla's output woes in the US are easing however, with the company reporting that 2019 deliveries surged 50% year-on-year to 367 500.

But China's auto market has slowed significantly since plans for the Shanghai factory began to take shape more than 18 months ago.

After surging to become the world's largest automotive market, sales fell last year for the first time since the 1990s amid a slowing economy, US trade tensions, and a Chinese credit crackdown that has crimped car-financing channels.

Sales of "new-energy vehicles" such as electric models have particularly suffered, plunging nearly 44% in November, the fifth straight month of contraction, after the government slashed subsidies for such cars earlier last year.

A number of automotive analysts have said Tesla could struggle to measure up to Musk's promises for Shanghai output.

But at more than $450 per share, Tesla's stock is at record highs, having more than doubled since June on improving output and earnings.

Morgan Stanley said in late December that Tesla shares were positioned for a "potential surge" through the middle of 2020 due to the Shanghai factory coming on line and other potentially positive catalysts.

We live in a world where facts and fiction get blurred
In times of uncertainty you need journalism you can trust. For only R75 per month, you have access to a world of in-depth analyses, investigative journalism, top opinions and a range of features. Journalism strengthens democracy. Invest in the future today.
Subscribe to News24
Related Links
Tesla delivers first China-made Model 3 cars from new plant
Self-driving cars? This is the automotive fail of the decade
Next on Wheels24
What happens if you are involved in an accident with a driving school vehicle?