FCA talking with Italy in bid for 6.3 billion euro facility 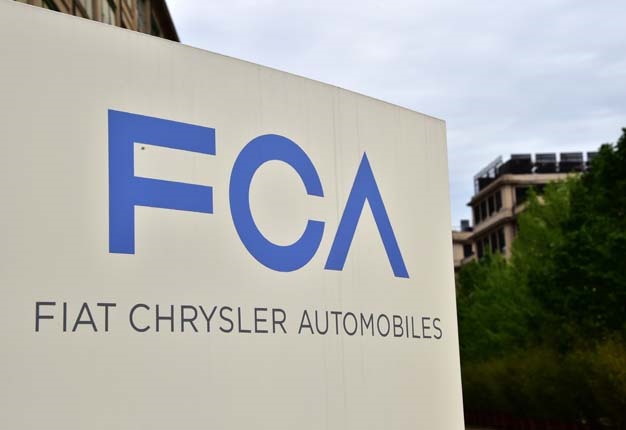 Fiat Chrysler's Italian unit is in talks with the Italian government for a 6.3 billion euro ($6.8 billion) credit facility to help sustain the auto manufacturer's operations in Italy, it said.

A "Liquidity Decree" passed by the government in April allows for the state to guarantee loans to Italian companies hurt during the extended quarantine due to coronavirus.

"FCA Italy has initiated a process with the Italian Government to obtain a guarantee from SACE (Italy's export credit agency) in support of a credit facility designed to help the automotive chain Italy, comprised of approximately 10 000 small and medium size businesses," the company said in a statement released Saturday.

Discussions had already begun with Italian bank Intesa Sanpaolo for a three-year credit facility exclusively for the company's activities in Italy, the company said.

The global automotive sector has been crushed by the coronavirus pandemic as demand has evaporated and factories have been shuttered.

FCA said the funds from the Italian credit facility would be "for the sole purpose of providing operational support for payments to Italian suppliers to support their liquidity" as well as "supporting the restart of production and investment at Italian plants".

The 6.3 billion euro facility is equivalent to 25% of FCA's industrial subsidiaries in Italy, as per the government's decree.

The automotive sector makes up 6.2% of Italy's GDP, while 7% of jobs in manufacturing are auto-related ones.

Support for companies not based in Italy pose tricky political problems for the government as millions of companies in the country complain of little or no support.

"A company applying for large sums of money from the Italian state brings its headquarters back to Italy," said the vice president of the Democratic Party, Andrea Orlando, on Twitter on Saturday.

Asked during a televised press conference on Saturday whether FCA, which is based in Amsterdam, would be eligible for the 6 billion euro credit facility, Prime Minister Giuseppe Conte did not directly answer.

"In the case of FCA we are talking, however, over and beyond the head of the company, the top of the chain, the companies are in Italy, they're Italian factories, Italian workers, they manufacture in Italy and employ a lot of Italians," Conte said.

"We don't have to ask ourselves the question who, how, who is in England, in Holland, in other countries. We just need to make our legal environment more attractive," he said.

We live in a world where facts and fiction get blurred
In times of uncertainty you need journalism you can trust. For only R75 per month, you have access to a world of in-depth analyses, investigative journalism, top opinions and a range of features. Journalism strengthens democracy. Invest in the future today.
Subscribe to News24
Related Links
Fiat Chrysler boss takes 50% temporary pay cut as coronavirus wreaks havoc on company
Fiat Chrysler temporarily shuts eight plants across Europe due to coronavirus
Next on Wheels24
What happens if you are involved in an accident with a driving school vehicle?