Johannesburg - The debate on whether or not Electric Vehicles (EV) are viable in South Africa rages on. According to early adopters, electric cars paint a brighter future for the world, yet at times, their sentiments suggest that developing countries aren’t quite ready for the technology.

Sceptics highlight lack of government support and infrastructure as elements that inhibit the adoption of EV, particularly pointing towards lack of charging stations in the country.

However, when you dig into the benefits of owning an electric vehicle and what it can offer not only to individual consumers, but also the community at large, we see a picture of what could be.

EV offers an opportunity to transform ordinary citizens into active citizens with the power to improve the quality of our environment, and help blaze a trail toward the future of electric mobility.

According to a Deloitte study based on electric vehicle realities versus consumer expectations, technology is moving so fast that it’s predicted that the automotive industry will reflect more change in the next 10 years than it has in the past 30.

While first-world countries like Norway, the US and Japan are expected to lead the technology revolution, developing countries with strong automotive industries – like South Africa – are likely to follow not far behind, so we must be prepared for the imminent change in the vehicles we drive. So what stands in the way?

Deloitte’s Global Manufacturing Competitiveness Index found more than 85% of respondents considered range, convenience to charge, and cost to charge were all “extremely important” or “very important” considerations for buying or leasing an electric vehicle. As such, it’s up to the private sector and government to make these necessities a reality.

One of the biggest opportunities facing the industry is technology infrastructure. In markets where EVs have experienced rapid adoption, it was incentivised by the local and or national government until buying patterns and a charging infrastructure were established. In South Africa, discussions are continuing between the industry players and government to usher in the era of EV.

For example, Nissan SA entered into a ground-breaking partnership with the Department of Environmental Affairs (DEA), which is assisting in policy formulation regarding electric vehicles.

This pilot programme aims to identify the usage potential as well as the charging infrastructure requirements of the electric vehicle with more energy efficient cars and demonstrates ambitious and visible actions towards reducing carbon emissions.

As African countries develop and industrialise, uptake electric vehicles will continue to increase.

South African citizens, manufacturing companies and government should seize the opportunity to better their communities, while ultimately positioning ourselves as a leader of in EV technology adoption.

It’s up to us to build for the future and improve our sustainable environment in the country.

*Mike Whitfield the Managing Director of Nissan Group of Africa and is currently serving a one-year term as Chairman of NAAMSA and Deputy President of AAAM. 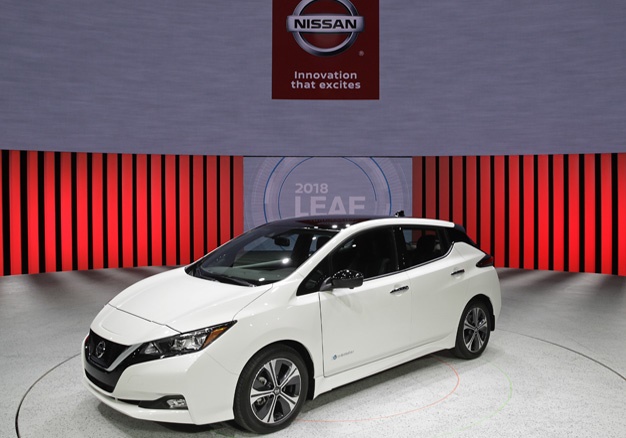 We live in a world where facts and fiction get blurred
In times of uncertainty you need journalism you can trust. For 14 free days, you can have access to a world of in-depth analyses, investigative journalism, top opinions and a range of features. Journalism strengthens democracy. Invest in the future today. Thereafter you will be billed R75 per month. You can cancel anytime and if you cancel within 14 days you won't be billed.
Subscribe to News24
Related Links
Schwarzenegger debuts 'dream' electric Hummer
#FrankfurtMotorshow: Honda unveils Urban EV Concept
Next on Wheels24
Electric car supplies are running out – and could drastically slow down the journey to net-zero