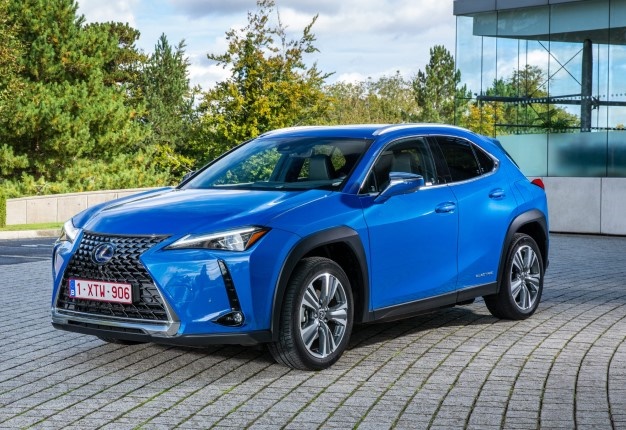 • The UX 300e is based on the luxury brand's small crossover.

• The EV is a batter electric with a front-axle mounted motor and a battery located under the floor. It has a claimed range of 315km.

It shouldn't come as a surprise that Lexus' first electric vehicle is a crossover. It's one of the fastest growing segments in the automotive sector and more manufacturers are developing electric versions of their small SUVs.

The Japanese luxury arm of Toyota's UX 300e made its debut at China's Guangzhou motor show in 2019 and will go on sale next year in Europe.

It has not been confirmed for local introduction. Locally, the brand offers a hybrid derivative of its UX crossover and enjoys a strong market share of hybrid models in the country. The company sold 147 hybrids locally in 2019.

The fully-electric UX is underpinned by the Toyota's new global architecture c-segment platform, or GA-C. It is also used for the Prius, Rav4 and the Corolla hatchback. The UX 300e has one electric motor located on the front axle that produces 150kW and a healthy 300Nm. It also have a 54.3kWH lithium ion battery that's located under the floor for a better lower centre of gravity that gives it a claimed range of 315 kilometres.

Lexus quotes a 0-100km/h time of seven and a half seconds and a top speed of 160km/h. Lexus has fitted the wheels of the 300e with Formula 1-style gurneys to reduce the amount of drag.

Should Lexus consider making the 300e model available locally? Email us your thoughts.

The spindle grille features flaps that close to reduce drag and conserve energy aimed at increasing range. The engineers have fitted the 300e with a sound symposer that replicates the noise of acceleration of a normal internal combustion engine model. This function can be activated by the driver.

It's a significant model for the company as they look to carve out a piece in the growing EV crossover segment. In Europe, the UX 300e will face stiff competition from the Volvo's XC40 Recharge and Volkswagen's upcoming ID.4. We live in a world where facts and fiction get blurred
In times of uncertainty you need journalism you can trust. For only R75 per month, you have access to a world of in-depth analyses, investigative journalism, top opinions and a range of features. Journalism strengthens democracy. Invest in the future today.
Subscribe to News24
Next on Wheels24
OPINION | ICE is dead, but the rise of EVs will open a new world of possibilities

Subscribe to newsletters
Lockdown For
DAYS
HRS
MINS
Brought to you by
Voting Booth
Which of these factors are prohibiting you from buying an electric vehicle as your next car?
Please select an option Oops! Something went wrong, please try again later.
Prices should be more affordable
16% - 206 votes
Our unreliable electricity source
10% - 127 votes
There's not enough charging infrastructure
10% - 133 votes
All of the above
64% - 842 votes
Previous Results
Car Doctor
Hold my ECU: Owners of tuned cars remove engine control units to prevent them...