'Don't stop me now. I'm having such a good time.' This is probably what Max Chilton was singing in his head as he crossed the finish line at the top of the Goodwood Hill at the 2022 Festival of Speed at the weekend. The former F1 and Indy driver pulverised the tarmac in a specially built McMurtry Spéirling to set a course record of 39.08 seconds.

His attempt on Sunday (the official timed session) puts him ahead of Romain Dumas, who set a time of 39.90 seconds up the hill in a Volkswagen ID.R electric vehicle back in 2019 during qualifying. Chilton also blows Nick Heidfeld's 1999 McLaren Formula One car record (41.60 seconds) into the Goodwood estate hay bales. 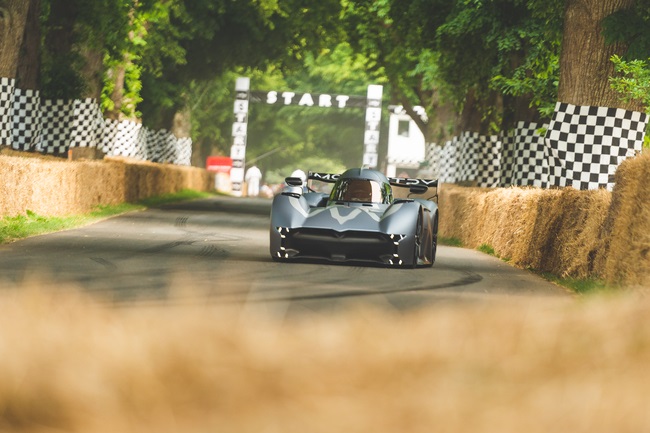 Dual electric motors power the record-breaking McMurtry Automotive McMurtry Spéirling. It's near-silent, bar the fans, which we'll get to in a minute. The car proved so fast the camera operators at this year's Festival of Speed complained that it was too quick to lock onto for a steady shot as it blistered up the course. Running up that hill in the manic single-seater EV looked mesmerising during the Livestream on YouTube.

McMurtry Automotive is hush about its kilowatt, torque and exact weight, but they say the McMurtry Spéirling produces at least 'one horsepower per ton'.

From the start line at the Goodwood track, it accelerated from a standstill to 100km/h in less than 1.5 seconds (faster than an F1 car). It looked like those top-fuel dragsters launching hard and ferociously but without flames and noisy revs. Those fans I mentioned earlier, however, do get loud as they spin faster to generate downforce. The McMurtry Spéirling runs a high-tech underbody fan system, like the Gordon Murray T.50, to generate superior grip through corners and bends. But, because the McMurtry Spéirling is electric and runs a high-voltage (we think up to 800-volt or more) architecture, it can use a high-power fan system to generate much more drag than a 48-volt system fan setup in a comparable ICE car.

You could hear the fans suck the car to the ground as Chilton applied throttle. Earlier than most drivers could go flat out in low drag vehicles.

He made it look easy, but certain portions of the tarmac were broken, which meant that the car would lose its suction to the ground momentarily. This is one of the reasons the car looked so skittish at the end of its run at the top of the hill. Nevertheless, insane vehicular engineering and performance, and a driver that nearly forgot to blink, resulted in a new record that might stand the test of time. Can another car go faster than that? Let us know in the comments below? 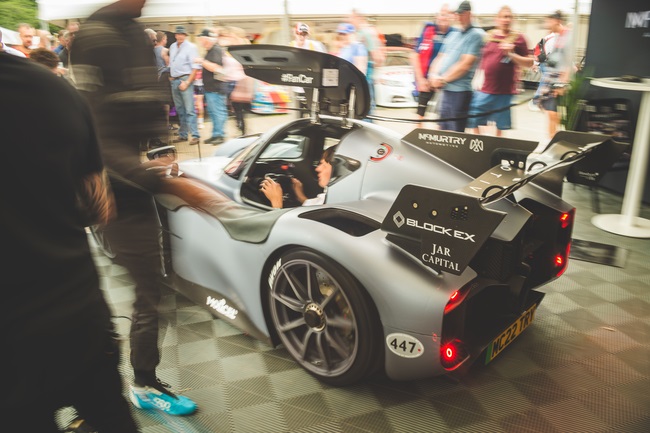 End of the line for petrol racing?

Not at all. But McMurtry plans to build the McMurtry Spéirling as a fully-fledged racing car in the coming years. Using Goodwood as one of its proving grounds, it wants to make the world's only ultra-high performance single-seater for a specific formula. After seeing it demolish everything from BMW M's to Ferrari's finest this weekend, we reckon McMurtry Spéirlings should replace the cars in the Formula E world champs.

Speaking to Motorsport.com at the festival, Max Chilton said: "I never thought that was going to happen. If someone had said, 'One day you're going to beat every single person that's ever gone up that hill,' I wouldn't have believed you. It's a real honour. "I didn't sleep last night. I got one hour's sleep because I was so stressed. Pressure makes diamonds, as they say!"

READ: WATCH | You might be driving a car built by Honda and electronics giant Sony soon 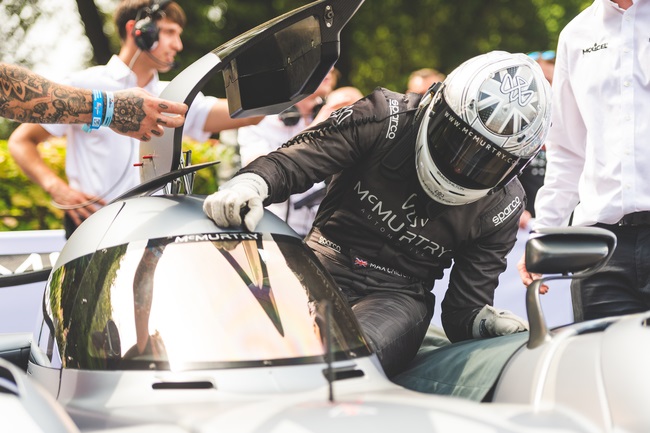 While McMurtry and Chilton gave petrolheads something to think about regarding the future of electric performance cars, internal combustion was celebrated throughout the weekend as BMW M and Ferrari celebrated its anniversaries. Lucky owners of supercars and hypercars also got to drive up the hill to entertain crowds. Bikes, jets, and rally vehicles, including the South African-built Hilux DAKAR driven by Nasser Al-Attiyah. It couldn't have been more spectacular to watch, but it was, as Nigel Mansell jumped into his Williams F1 car for the first time since he last sat in it in Adelaide in 1992 when he won the World Championship.

The Goodwood Festival of Speed is growing in impact each year, and now that the crowds and car nuts can attend in full force due to the relaxation of Covid-19 regulations, the 2022 instalment proved spectacular. The McMurtry Spéirling is arguably the hero of the event. In an exclusive report coming soon, we have reached out to the company to learn more about it.