SEE | Taycan, e-tron, iX - These are the 3 most costly EV line-ups in South Africa

• More automakers have launched their families of electric cars in South Africa.

• The most expensive of the lot is Porsche's Taycan range.

• More automakers like Mercedes-Benz are set to launch their line-up of electric vehicles in SA.

If it has somehow slipped by you, the electric revolution has taken flight in South Africa. Sure, charging infrastructure is not yet up to scratch, and the local car-buying public still dreads the possible impact of loadshedding on a charging session, but these have done very little to deter those who can from dipping their toes in the EV (electric vehicle) waters.

Manufacturers, too, are not holding back from launching EV ranges in the country. BMW first experimented with its all-electric i3 and hybrid i8, followed by the Jaguar I-Pace. When it launched, the I-Pace had several models making up the range, but that has dwindled to just one: the EV400 AWD S Black priced at R2 029 800.

But across the board, SA's EV offering grew substantially to include models from Audi, BMW, Mini, and Porsche. And soon, Mercedes-Benz will launch its family of EQ cars in the country.

Unfortunately, EVs are very expensive and only a handful of buyers can afford them. With this in mind, here are the three most costly EV line-ups in South Africa. 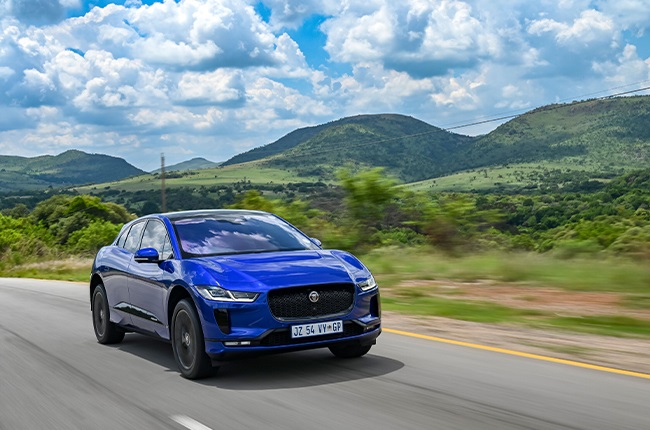 As it stands, BMW's iX all-electric SUV may be the EV to go for. It has loads of storage spaces, ample room for occupants, and a design - inside and out - that really rings in the future. Two models make up the line-up, with the xDrive50 the one that should get those by means excited for what the EV world has to offer, even if it's half a bar more expensive than the xDrive40.

When we drove the xDrive50 earlier this year alongside the I-Pace, we noted that EVs are becoming more attainable despite the hefty price tags. And in saying that, the iX got our vote as the one we'd opt for. In our report, we noted: "With just R170 200 [at the time] separating the I-Pace EV400 AWD and the iX xDrive50, the price difference is not that big of a deal considering the R2 million price tags. However, the BMW offers the better deal, and is the newer of the two. Here, it personifies the attainability of EV technology and how bigger batteries with more power will become a greater reality than it already is." Audi South Africa kickstarted its 2022 in a big way by launching not one, not two, but six new EVs. Comprising sedans and SUVs, the e-tron family makes Audi's intent very clear and the German automaker is certain of the direction they are heading in. The most affordable model in the range, the 55 quattro Advanced, retails for R1.9 million, while the superstar in the line-up, the RS e-tron GT, comes in at a cool R3.3 million.

WATCH: What it's like driving Audi's electric e-tron 55 SUV

The two e-tron sedans, the RS-GT and GT (R2.715m), are among the most beautiful cars on our roads today, but they come at the expense of practicality. The front loading bay is 85 litres in size, but houses the charging cables. The rear is larger at 405 litres, but the spare wheel takes up much of the space. Therefore, whether it is the e-tron SUV or Sportback, practical fears are at bay. 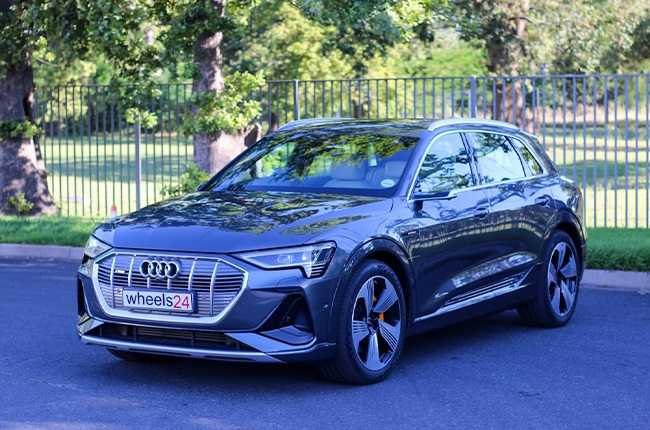 Porsche, one of the purest sports car makers in the world, has also given the 'EV thing' a go with its Taycan. The car shares its underpinnings with Audi's e-tron, but comes with the prestige of being a Porsche. Last year, Porsche expanded its Taycan offering with a host of Cross Turismo models to bring the line-up to eight models.

READ: REVIEW | Porsche Taycan Cross Turismo 4S: One foot in the present, the other in the future

In 2021, we drove the Taycan Cross Turismo 4S, and came away impressed: "We will give Porsche credit for still endowing the Taycan with an engaging drive. Fling it through a series of bends or up your favourite mountain pass, and the car will dish up reward after reward as you explore the limits. And more, it remains planted and sure-footed thanks to its broad design and stance. There seems to be nothing that can deter it from that classic Porsche ethos of being a pure driver's car."

We live in a world where facts and fiction get blurred
In times of uncertainty you need journalism you can trust. For 14 free days, you can have access to a world of in-depth analyses, investigative journalism, top opinions and a range of features. Journalism strengthens democracy. Invest in the future today. Thereafter you will be billed R75 per month. You can cancel anytime and if you cancel within 14 days you won't be billed.
Subscribe to News24
Next on Wheels24
DRIVEN | We get behind the wheel of BMW's first all-electric M car, meet the i4 M50