Autonomous, or driverless, vehicles can support and promote active travel, such as walking and cycling, when two basic conditions are met:

In the absence of these two conditions, autonomous vehicles could lead to a decline in active travel in cities and an increase in economic, social and environmental costs. Potential costs are rarely mentioned in the rhetoric about autonomous vehicles, much of which is highly optimistic.

However, universal or widespread access to the city by autonomous vehicles could result in detrimental outcomes. Not least of these impacts are on active travel and public health. Depending on the conditions under which autonomous vehicles are allowed to operate in the city, we can expect a range of impacts with direct or indirect implications for walking and cycling.

How could these vehicles have harmful impacts?

Currently, access to or from public transport stops usually involves a short walk or cycle ride for many people. In the future, some people might choose to use autonomous vehicles to reach the bus, train or tram stop instead of walking or cycling. Or they might choose to move away from public transport and switch to autonomous vehicles completely. Clearly, both situations would reduce active travel.

At present, most people get in or out of their cars in car parks. In the future, autonomous vehicles can deliver passengers to their destinations without needing to park there. After drop-off, autonomous vehicles will take themselves to another part of the city where parking is cheap or free. Or they may go on to pick up someone else. 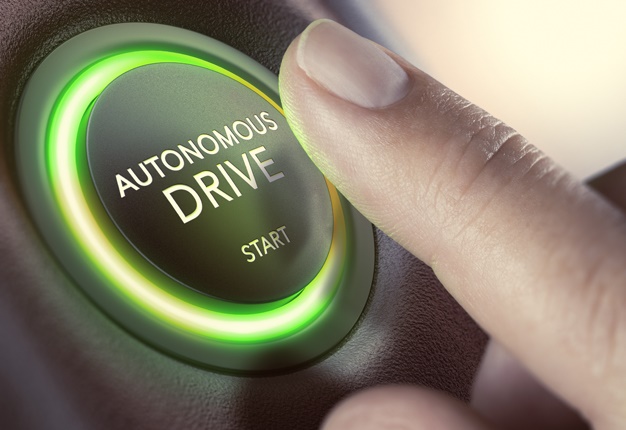 One possible consequence is that existing road infrastructure – carriageway or parking space – will be reallocated for passenger drop-off and pick-up. This would leave little or no extra space for pedestrians and cyclists.

Segregation of transport modes would mean pedestrians or cyclists are only allowed to cross autonomous vehicle lanes at specific points, either via signalled crossings or bridges and tunnels. This will reduce accessibility for pedestrians or cyclists. An urban structure will be created that is less “permeable” for active transport, with routes that are less direct than they could be.

Ultimately, by offering opportunities for recreation, work or even sleep during car journeys (instead of driving), autonomous vehicles might increase the travel time and distance that people consider acceptable. The frequency of car trips might increase too. And, as vehicles spend longer on the road, requirements for road infrastructure capacity might also increase.

In the longer term, if people are willing to travel further, homes and jobs might be relocated. This would fuel urban sprawl and reduce the viability of public transport services. Lower public transport use will be detrimental for active travel and public health.

Read more: Fat of the land: how urban design can help curb obesity

Read more: Putting health at the heart of sustainability policy

Overcoming the negative consequences of autonomous vehicles requires first and foremost strong restrictions on their access within the city. This should be much more limited than it is for conventional cars. Access should be restricted to specific nodes and axes in the city.

Exceptions would apply to certain users and situations. Examples include passengers with disabilities, emergency services, construction and maintenance, and deliveries of heavy goods.

The underlying logic should be to channel autonomous vehicle traffic along a limited number of corridors in the city, and to locate pick-up and drop-off points at key nodes along these corridors.

These nodes should be well served by high-frequency public transport services. They should also be well connected to a dense network of attractive pedestrian and cycle infrastructure.

The aim is to promote fast and efficient node-to-node journeys, as in the image below, rather than door-to-door journeys. Nodes should be distributed around the city according to a hierarchy.

Locating minor nodes around one kilometre apart would mean the maximum distance to reach the nearest node is 500 metres. This is generally considered to be an acceptable walking distance in transit oriented development.

Major nodes can be located several kilometres apart. These serve as multi-modal transit centres that provide connections to train and/or bus services.

Restricting traffic access to certain streets in the city will provide space that can be used almost exclusively for active transport.

A future where autonomous vehicle ownership is pooled will have more economic, social and environmental benefits for cities. Pooling vehicles will clearly reduce the number of vehicles needed to serve the city. This in turn will mean less infrastructure is needed to accommodate them.

However, even if autonomous vehicles are individually owned, controlling access to selected nodes and axes in the city can still have benefits for the city and its citizens.

Australian cities need to be prepared for widespread autonomous vehicle use before it happens. This includes being prepared for more active transport. At the moment Australia is not as ready as many countries in Europe and North America. Readiness requires more research, planning and preparation soon.

We live in a world where facts and fiction get blurred
In times of uncertainty you need journalism you can trust. For 14 free days, you can have access to a world of in-depth analyses, investigative journalism, top opinions and a range of features. Journalism strengthens democracy. Invest in the future today. Thereafter you will be billed R75 per month. You can cancel anytime and if you cancel within 14 days you won't be billed.
Subscribe to News24
Related Links
Driverless cars - a new form of control for governments?
How much do you trust driverless cars?
Next on Wheels24
Electric car supplies are running out – and could drastically slow down the journey to net-zero