Why Toyota’s locally-built hybrid will be a big deal 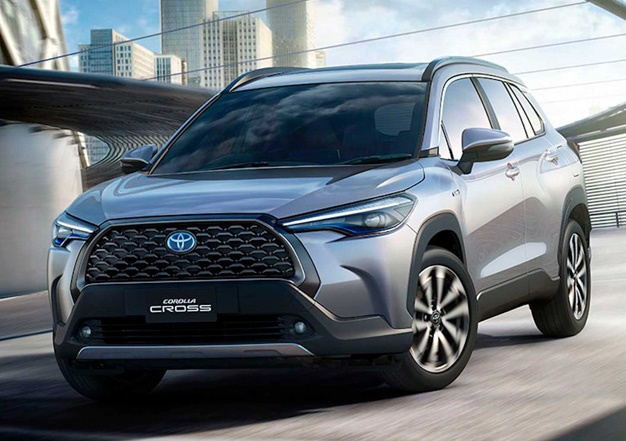 Toyota is South Africa's most important vehicle brand and whatever the Japanese company does, influences the entire local economy.

Most South Africans use a Toyota to get around, as Quantum and HiAce almost entirely supply the country's taxi fleet. In addition, Hilux remains the best-selling vehicle and in its role as a bakkie, is a crucial gear in the local logistics, farming, construction and service economy.

When Toyota makes any announcement about its future product and production plans for South Africa, it has a significant impact and opportunities for the broader economy. And the latest declaration is quite meaningful.

It has now been confirmed that the company's Prospecton production asset, in KZN, will build a petrol-electric hybrid model, due for assembly in 2021.

If Toyota were to produce a locally-built hybrid here in SA, would you buy one? Please email us your thoughts here. This is a monumental shift from its current production of Corolla Quest, Quantum, Hilux and Fortuner. Although demand for all four of those models remain extremely strong, Toyota realises that South Africa's automotive future must hybridise.

Toyota is being very coy about exactly which hybrid vehicle will be built locally, only confirming that it "will not be a sedan." Definitely not a Prius, then.

The most obvious Toyota hybrid vehicle candidate for local production, is the new Corolla Cross. It rides on the company's GA-C platform, and that means it is slightly different from the Corolla Quest, which uses Toyota's MC architecture.

With Corolla Quest tooling and production systems already in place and running smoothly, the transition to Cross would have low industrial engineering friction. Both vehicles use the same core architecture and ZR-series 1.8-litre petrol engines. Toyota South Africa would need to invest for new body panel stamping, finishing and assembly, whilst the battery pack and electric motor components would require new sourcing. And that is where the opportunity arises for local suppliers to develop new skills in battery and electric powertrain manufacturing.

If Corolla Cross is the hybrid vehicle that Toyota South Africa is committed to building locally by 2021, it will offer tremendous incentives to the local supplier industry - and customers.

Although Mercedes-Benz has been assembling hybrid powertrain C-Class models in East London for a while, the local demand for these derivatives is very low.

With the scale of Toyota's local customer following and dealer network, something like Corolla Cross could finally make meaningful hybrid sales volumes a reality in South Africa. In effect, Corolla Cross could demystify hybrid technology for a more significant part of the market than any previous petrol-electric vehicle which has been offered on sale here. Is this the next government fleet car of destiny?

Toyota is a vital government vehicle supplier, and any new hybrid option could be good news for fleet managers and taxpayers.

Corolla Quest is a very popular choice amongst government departments, and the Cross hybrid could be even better, especially in a future where budgets are sure to be under pressure.

Many places where government staff are most required, happen to be in rural areas. These journeys often entail significant driving distances, on gravel roads.

The Corolla Quest is a fantastically durable vehicle, but the Cross would be more comfortable and robust when operating on gravel roads, thanks to its slightly increased ride height. With its hybrid powertrain, fuel consumption will also be lower.

Broader hybridisation is a reality fo the local vehicle market. As with any dominant trend in the local automotive market, you can be sure that Toyota is not going to allow an opportunity to go amiss.

We live in a world where facts and fiction get blurred
In times of uncertainty you need journalism you can trust. For 14 free days, you can have access to a world of in-depth analyses, investigative journalism, top opinions and a range of features. Journalism strengthens democracy. Invest in the future today. Thereafter you will be billed R75 per month. You can cancel anytime and if you cancel within 14 days you won't be billed.
Subscribe to News24
Related Links
Toyota SA pledges R15-million to help fight Covid-19 in KZN
Meet the man who made the Toyota Hilux bakkie so good
Next on Life
OPINION | What we've learnt about owning an electric vehicle in SA – especially with load shedding