Cape Town - Have you ever wondered what a SAAB Phoenix or a Pymouth Barracuda would look like in 2018?

Back in the day, vehicles such as these became iconic in their own right however, they seemed to have fallen off the charts as time went on.

Budget Direct UK, an Insurance company compiled a cool list of graphics, depicting what 'out-of-production' vehicles would look like as modernised vehicles.

The list include the classic Plymouth Barracuda, Rover 75 and a SAAB Phoenix. The original AMC Gremlin was a subcompact automobile that was introduced in 1970.

It was manufactured and marketed in a single, two-door body style between 1970 and 1978 by American Motors Corporation (AMC). In total, 671 475 Gremlins were produced over a single generation. This sports car is one of the most iconic cars of the 1980s. Often called “the DeLorean,” it was the only model produced by John DeLorean’s DeLorean Motor Company between 1981 and 1983.

The gull-wing doors were notable features, while the innovative body structure was comprised of fiberglass with a steel backbone chassis. DMC-12 is most well-known from the Back to The Future films, in which a modified DMC-12 appeared as a DeLorean time machine. Oldsmobile was a well-known name in the automotive industry, and it’s been defunct since just 2004. If you’re looking for a modern muscle car with a classy twist, this updated Cutlass is for you.

The original Oldsmobile was produced between 1961 and 1988 (and again briefly from 1997 to 1999), and it became the company’s best-selling model. We kept the grille inspired by that classic style. Rover is another industry classic. The brand was the forefather of the present day Land Rover marque, now Jaguar Land Rover. Despite this, we think it would be cool to see a new, more modern Rover, which would offer an updated spin on the previous design language. The design of the Tatra JK 2500 was popular, and it’s also been called ‘the most beautiful car you’ve never heard of.  This Czech car dates back to 1954, and only one prototype was ever produced. The Plymouth Barracuda was originally produced between 1964 and 1974, and it’s a valued collector’s item today – especially the 1970–1974 E-Body cars.

Here is a modern version coming to life – with the classic green paint job, of course. Motorsport fans will remember SAAB as a successful rally-car maker. It had a factory team until 1980, which employed many famous rally drivers. SAAB’s story as a car brand ended in 2012.

It could be done with a modern sedan based on the Saab Phoenix concept. 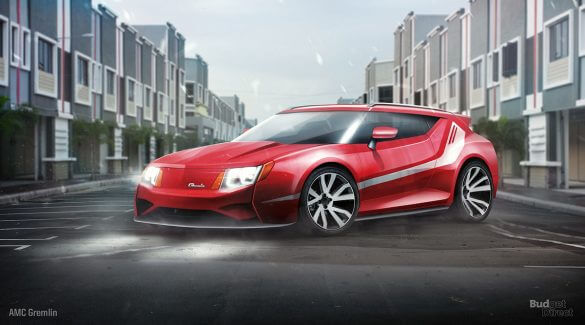