Toyota’s toy robot, a supercar smoking kit and the world’s most uncomfortable chair...we take a look at non-motoring products create by top automakers.

Earlier in May, we reported on car-brand extensions.

The Japanese are leading robotics innovators and Toyota partnered with the University of Tokyo and the Japanese Space Agency to develop the Kirobo. There is nothing at all subtle about Lamborghini design and when the company partnered with Ixoost EsaVox  to make a speaker system, it was always going to have presence. Assembled from genuine Lamborghini road car parts, including exhausts and carbon-fibre bits, the sound system is anchored by a 15" subwoofer.

It should sound as good as it looks.In true Lamborghini marketing style, it is not cheap either, at R300 000.

This speaker system, which looks like it literally came off the back of an Aventador, is available in Lamborghini’s signature supercar colours of black, red, yellow and orange.

Even if you are not a boat person, motorised yachts are interesting because they are often powered by rather powerful engines. When Lexus decided to do its own yacht, it didn’t merely re-badge an existing design.

The company’s own designers sketched the hull and to make it an even more authentically Lexus watercraft, it is powered by two 5-litre V8 petrol engines, lifted off the RC F production line.

We doubt any Bugatti owner has ever smoked in their car but for those of them who wish to have a puff at home, there’s a brand specific hookah. Built in partnership with Swedish smoking pipe specialist, Desvall, the Bugatti Hookah features a carbon-fibre casing, titanium chassis and handsewn fine leather detailing.

Priced at R1.5m and limited to only 150 units, it is the ultimate smoking status symbol for any Veyron or Chiron owner’s home. 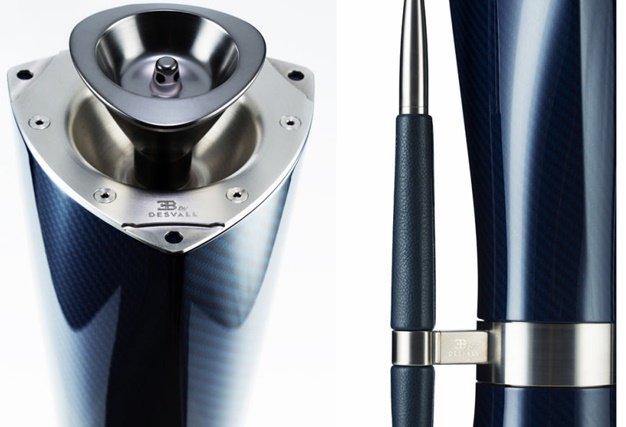 There was a time when Audi dominated international endurance racing with its R18 race cars. From 2011-2016 these were the cars to beat at Le Mans. Racing for 24 hours is often made even worse by a very uncomfortable seat, whether you are driving, resting as pit crew or sitting as a race strategist, staring at telemetry screens.

As such Audi collaborated with Clemens Weisshaar and Reed Kram to design an ultra-lightweight chair, made from carbon-fibre. Supported by aluminium legs, it weighs only 2.2kg. Minimalist and not that comfortable looking, it obviously appeals to hardcore endurance racing fans. We live in a world where facts and fiction get blurred
In times of uncertainty you need journalism you can trust. For only R75 per month, you have access to a world of in-depth analyses, investigative journalism, top opinions and a range of features. Journalism strengthens democracy. Invest in the future today.
Subscribe to News24
Related Links
WATCH: 7 types of cool car tech we can't do without
WATCH: Man arrested for driving toy car on the road
Next on Wheels24
Car Doctor DIY | How to change your car's oil yourself, and save money at the same time