A closer look at carjacking in each province reveals that only three (Northern Cape, Free State and the Eastern Cape) out of nine provinces saw a decrease in carjackings compared to April 2015- March 2016.

Theft of motor vehicle and motorcycle was down by 0.9% according to Mbalula.

What do you think can be done about vehicle crime in SA? How do you keep yourself and your family safe from becoming vehicle crime victims? Email us

Justice Project SA's Howard Dembovsky, says: "It is extremely worrying to note that the incidents of carjacking reported has climbed to its highest level in the past 13 years, with 16 717 (14.5% increase over last year) incidents having been reported.

"Gauteng remains a hotspot for carjacking, reporting an all-time high of 8,610 incidents (16.9% increase), with Mpumalanga reporting the highest percentage increase (28.8%) in the country and only 3 of the nine provinces in South Africa recording a decrease in carjackings. Truck hijacking and cash in transit robberies are also up by 14.1% and 19% respectively.

"Although it is impossible to glean how many of the 19 016 (1.8% increase) murders reported could be associated with carjacking, truck hijacking and cash in transit robberies it is probable that many were." 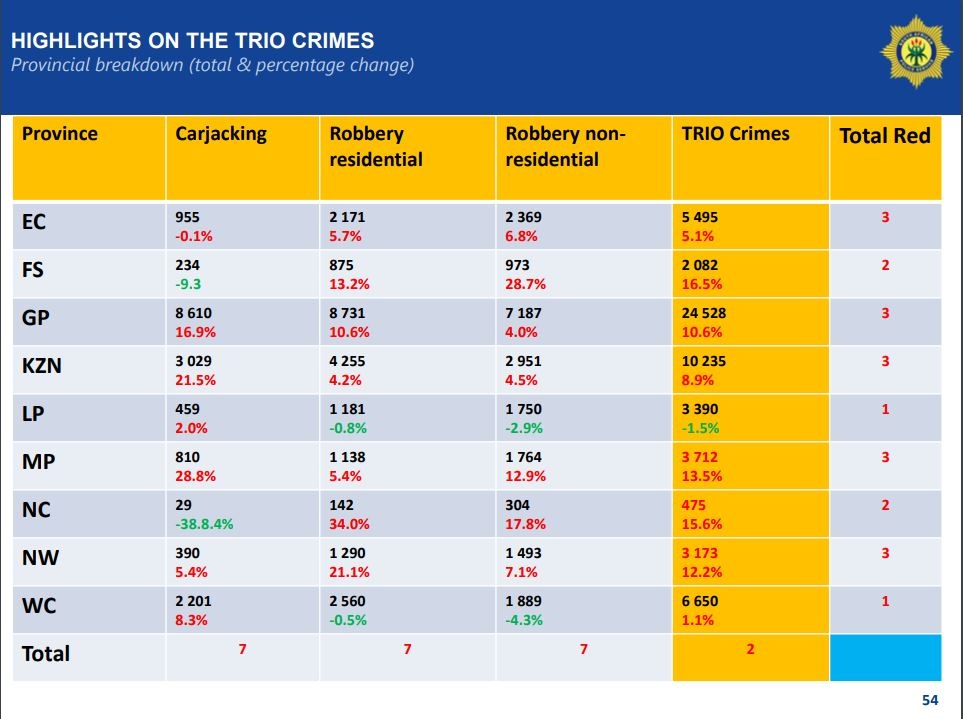 Dembovsky goes on to say: "On the score of criminal offences committed by motorists, the number of cases of driving under the influence of intoxicating liquor or a drug having a narcotic effect (drunken driving) detected decreased marginally from 76 159 in 2015/16 to 75 034 in 2016/17, a decrease of 1.5%.

"It is difficult to say whether this decrease is attributable to a lower number of drivers driving under the influence of alcohol or drugs, or to a lower volume of them being caught doing so.The conviction rate for DUI offences is and remains very low and this is a worrying factor in road traffic crashes and the injuries and fatalities which accompany them.

"With the significant risks associated with driving, motorists are urged to always have their wits about them and especially to refrain from using intoxicating substances and then driving. Your life and the lives of others may very well depend on your sobriety." Vehicle security and tracking company Pro-Active SA's Ryno Schutte says: "As expected the crime statistics on vehicle crime has increased significantly over the past year, the increase in Carjacking has been indicated as the worst over the past 12 years with the lowest being 9417 in 2011/2012. "We once again saw a 14.48% increase in Carjacking over the past financial year. This was expected after the release of the crime statistics in March. When you look at the crime statistics over the nine months released it indicated that there will be around 17 000 carjacking during the 2016/2017 period which was confirmed today. Though there has been a decrease in theft of motor vehicle / motorcycle, vehicle crime in general has increased drastically and vehicle owners are at a greater risk." Schutte goes on to say that the decrease of a mere 0.93% (502) incidents in theft of motor vehicle and motorcycle does not justify the increase of 14.48% (2 115) in carjacking which places the community at greater risk due to firearms being used in these forms of crime. 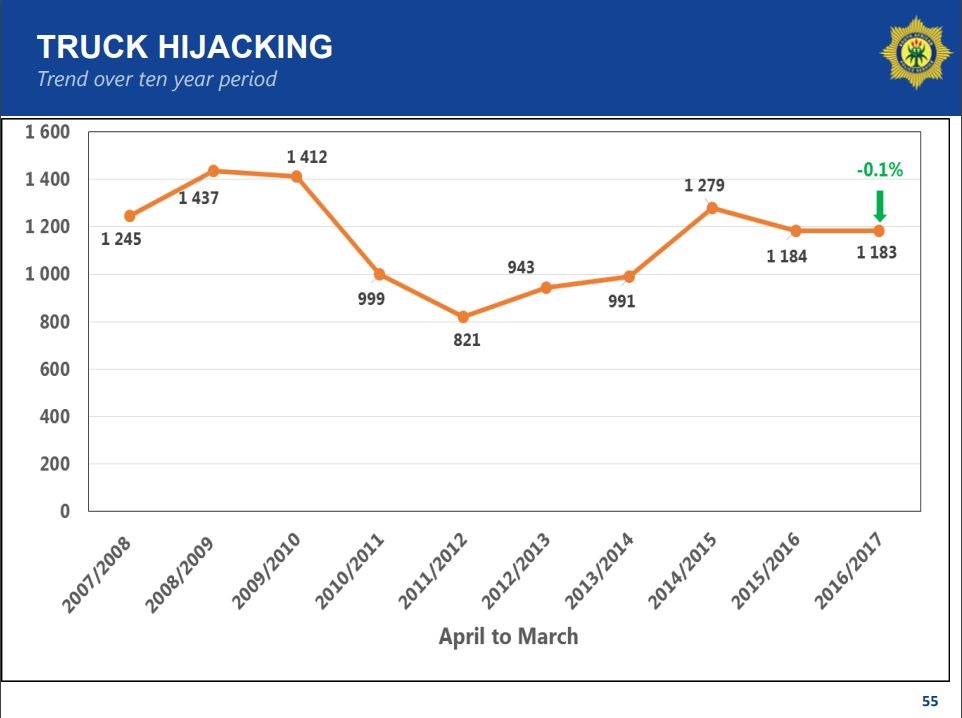 "Greater vigilance and risk awareness pertaining to vehicle crime is required and extra communication through the local Community Police Forums, Neighbourhood Watches and Security Service Providers to the community and clients.

"The increase in Residential Robberies of 7.32% (1532) also needs to be taken into consideration, as this indicated that there are more firearms involved in Robberies in general." Infogram
We live in a world where facts and fiction get blurred
In times of uncertainty you need journalism you can trust. For 14 free days, you can have access to a world of in-depth analyses, investigative journalism, top opinions and a range of features. Journalism strengthens democracy. Invest in the future today. Thereafter you will be billed R75 per month. You can cancel anytime and if you cancel within 14 days you won't be billed.
Subscribe to News24
Related Links
'Silly season is here, crime is on the rise' - Safety tips to avoid hijackings
SA Victims of Crime Survey 2017: Car theft, hijackings and more...
Next on Wheels24
SEE | This used car checklist can help you avoid buying a 'lemon'