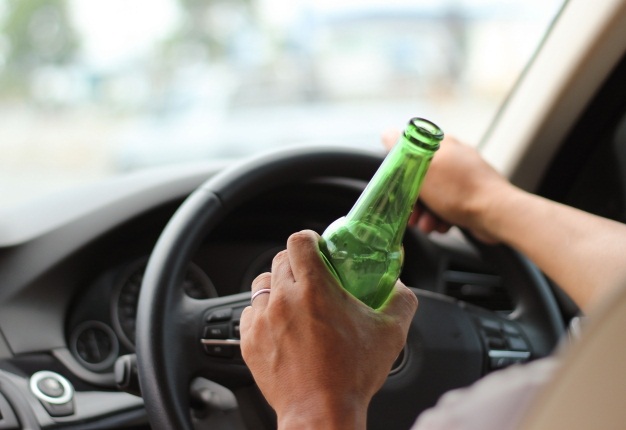 Cape Town - The month of April is not only synonymous with relaxing Easter holiday breaks with loved ones and delicious chocolate eggs but also the anticipated annual carnage on South African roads.

Despite concerted efforts by government and the authorities, our roads still remain amongst the most dangerous in the world .

According to the Road Traffic Management Corporation (RTMC) the Easter road death toll dropped from a staggering 287 in 2015 to only 156 in 2016.

The impressive 46% decrease suggests that great headway has been made to reduce the road death toll, and is owed to increased road safety campaigns and high traffic police visibility. But, there is still much more that can be done to make our roads safer and to hold lawbreakers accountable.

Reckless driving and alcohol consumption remain the top reasons for road accidents, due to the fact that the current penalty system doesn’t’ act as an adequate deterrent. It is estimated that approximately 1980 motorists were arrested over last year’s Easter weekend for drunken driving alone.

The proposed Administrative Adjudication of Road Traffic Offence Act (AARTO), which was signed into law in 1998, aims to make our roads safer and punish offenders. However, the implementation has been delayed for almost two decades and Parliament’s Portfolio Committee on Transport recently called for a fresh round of public hearings.

The AARTO system proposes a scheme where drivers accumulate demerit points for traffic violations that could see them behind bars or lose their license.

Under the proposed demerit system, speeding and driving drunk carries the highest penalty of 6 demerits (it takes only 13 or more points for a license to be suspended and 3 suspensions will result in an offender losing their license).

It’s important to note that this system won’t replace traffic fines. While the prospect of this one-two punch has the potential to prevent more accidents by irresponsible drivers, it’s still only a theoretical possibility.

Legal Expert, Cwayita Vellem from LawForAll, believes that government needs to step up and prioritise AARTO’s implementation: “It is inconceivable that a law can take close to 20 years to implement, while the lives of motorists are at stake especially over holidays like Easter. It is absolutely ludicrous! Government needs to give a clear indication of when we can expect AARTO to kick in.”

Many South Africans celebrate Easter weekend with a few drinks. Some believe they know their drinking limits or have quick fix solutions to sober up before driving, but these limits usually do not measure up against those set by law or by the human body.

Vellem said: “A person is over the legal limit if his breath alcohol content is in excess of 0.24mg per 1000ml or his blood alcohol concentration in excess of 0.05g per 100ml. The rule of thumb for any motorist is a maximum of 1 unit per alcohol per hour. Biologically, the human body can only process one unit every hour, despite drinking lots of water, strong black coffee or taking a cold shower. These tricks do little to help sober a person up."

An example by LawforAll: a 75ml glass of wine will amount to about one unit. That means a 250ml glass will amount to 3,3 units. A spirit cooler or beer amounts to roughly about 1,25 units, while a 25ml tot of whiskey or brandy to a unit. Cocktails and shooters are a bit trickier and dangerous, as one glass could easily amount to 2-4 units.

What can happen if you're arrested for drunk driving?

If found guilty of drunken driving, a person faces 6 years’ imprisonment or a R120 000 fine, and a criminal record. The knock-on effect can also be substantial, says Law for All.

No one wants to explain a criminal record (which sticks for 10 years) or request time off for court appearances from an employer. And that’s not taking into account the repercussions should someone die as a result of a road accident.

“The real reason people should not drive under the influence is the fact that they might cause the death of someone. You stand to face a charge of culpable homicide, and prosecutors are increasingly accusing motorists of murder,” warns Vellem.

While South Africa waits on government to implement AARTO, motorists must commit to responsible an safe driving on our roads.

Vellem advises what to do if you are arrested for drunken driving:

1. Do not resist arrest or become violent. You don’t want to prejudice your chances to be released on bail.

3. You may not refuse to provide a blood sample. The district surgeon, a registered nurse or prison medical officer will take a blood specimen within 2 hours of arrest and submit to the state laboratory for analysis.

4. Follow the instructions of the arresting officer. Chances are good that you will be kept at the police station until you have sobered up, and you may be released with a warning to appear before court within 48 hours. You may also be kept behind bars.

5. It is important to note the details and the name of the police station you are in, the case number for your case, the name of the investigating officer. Your attorney will require the info.

We live in a world where facts and fiction get blurred
In times of uncertainty you need journalism you can trust. For 14 free days, you can have access to a world of in-depth analyses, investigative journalism, top opinions and a range of features. Journalism strengthens democracy. Invest in the future today. Thereafter you will be billed R75 per month. You can cancel anytime and if you cancel within 14 days you won't be billed.
Subscribe to News24
Related Links
Drunk goggles: What it's like to drive over the limit
Pit stop drinking: A reckless trend in SA
Next on Wheels24
What it will cost to fill SA's most popular cars once the new fuel hike cripples our budgets