Easter takes a grim toll on pedestrians in SA: 14 things you should know 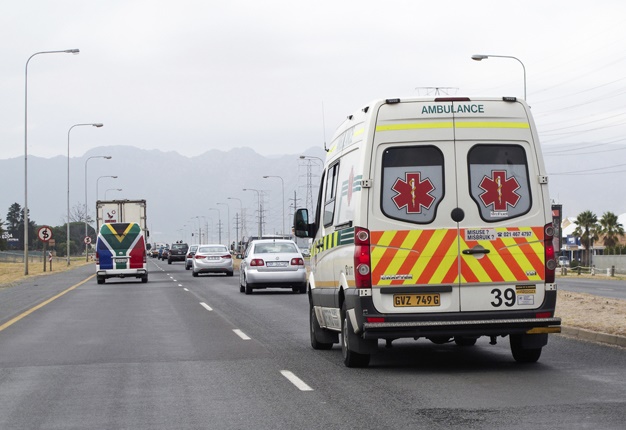 <b> SA DRIVERS ILL-PREPARED: </b> The Emergency Medical Services in the Western Cape says SA drivers must prepare before road trips. <i> Image: News24</i>

The Minister reports that 510 people were killed during the Easter holiday period. We've included comment from Nzimande at the end of this article.

Nzimande said: "There were significant events that impacted on our plans and are worth considering when releasing this report. Key among them is that there were four major crashes that took place in rural areas.

"Two of them happened in KwaZulu Natal – Greytown and Taylor’s Halt – and the other two in Limpopo – Diperere village and near Mabula Lodge in the Waterfall district.

"Together these four crashes claimed thirty five lives and left twenty six injured. These crashes happen where they were least expected and on roads that do not normally experience a high number of fatal crashes."

"What stands out in analysing the preliminary report is that road crashes affect the poor and working class disproportionately more than other groups."

Nzimande said: "This Easter there was a noticeable shift towards the rural poor who use the roads as pedestrians.

Top 14 things you should know: List by the Transport Department

1. The main contributory factors to road fatalities are related human behaviour; with male drivers accounting for 71.1% of fatalities and females for 24.1%.

4. The report shows an increase in "undetermined factors" which contributed 25.7% to the overall fatal crashes.

8. Amongst others, the highest speedsters were arrested for driving at 224km/h at the N3 Hilton in KwaZulu Natal, followed by Free State at the N3 Warden with 208km/h, followed by Gauteng at the N12 Tom Jones in Benoni at 206km/h.

9. 900 vehicles were impounded in Mpumalanga followed by the Eastern Cape coming in at 118.

10. There were 430 fatal crashes reported over the extended Easter period compared to 349 during the previous year.

12. Most crashes occured on Friday, Saturday, Sunday between 5pm and 8pm.

13. Critical routes with high accident rates were identified at the planning phase and we intensified our traffic law enforcement operations in these areas.

14. The majority of crashes occured on "unnamed village roads in Limpopo as well as on the N2, N4 and R518". The most affected rural district municipalities in Limpopo are Vhembe, Waterberg, Mopani and Greater Sekhukhune.

Nzimande said:"Ladies and gentlemen, to redress the challenges experienced during this Easter period, the RTMC together will all provinces will develop a road safety plan focusing on the main contributory factors of crashes such as pedestrians, impaired driving, dangerous driving and occupant safety."

"We will align all provincial road safety plans with the national road safety strategy and focuses our attention on the 50 national identified hazardous locations. We will do this by also heightening the driver safety educational programmes within vulnerable communities.

"We are indeed disappointed by not meeting the 10% reduction in fatalities that we had set for ourselves. However, we will not lose hope.

"We will relentlessly continue our efforts to save lives because Nelson Mandela taught us that: 'The glory in living lies not in never failing, but in rising every time we fall'.

"As I conclude, let me commend the MECs, Mayors, SALGA, traffic law enforcement officers, members of the South African Police, emergency medical service, doctors and nurses who maintained high levels of visibility on the roads throughout the Easter period.

"A word of gratitude also goes out to all the fraternal organisations that assisted in making this huge success possible. This includes the youth, faith-based organisations and organisations of people living with disabilities, who undertook various campaigns to raise awareness about road safety across the country. We are grateful to religious leaders who used their pulpits to Preach and Pray for road safety.

"Let me also thank the media for their role in promoting and publicising our road safety initiatives, and ensuring that everyone in the country is aware of their responsibility. We look forward to a continued and improved relationship even further.

"I also wish to commend the RTMC’s National Anti-corruption Unit for their continuous efforts in dealing with bribery, fraud and corruption. However, I want to see more results from this unit in dealing with the corruption and fraud committed at Driver Learner Testing Centres (DLTCs) and driving schools. For us to restore public confidence in our system, we must also clean up these DLTCs and ensure they operate in an efficient and effective manner."

We live in a world where facts and fiction get blurred
In times of uncertainty you need journalism you can trust. For 14 free days, you can have access to a world of in-depth analyses, investigative journalism, top opinions and a range of features. Journalism strengthens democracy. Invest in the future today. Thereafter you will be billed R75 per month. You can cancel anytime and if you cancel within 14 days you won't be billed.
Subscribe to News24
Related Links
Easter road death toll: Here's how to curb reckless motorists in SA
Next on Life
MPVs have made a mega comeback - here are 4 people movers you could consider as a family car