Five sensible sedans to consider for under R400 000 • The Honda Ballade is the latest sedan to be launched in South Africa.

• The Japanese sedan was launched locally in 1982.

• We look at five alternatives to the Ballade in the sedan segment.

We've completed a week-long test with the latest Honda Ballade in flagship RS guise. The eighth-generation Japanese sedan launched in November 2020 with a three-model line-up.

There's one engine on offer, a familiar naturally aspirated 1.5-litre that we know from the previous generation, albeit with improved figures of 89kW and 145Nm. The only gearbox choice is a CVT, labelled "G-Design".

On the RS derivative, the gears or steps can be changed via paddles on the steering wheel. Here are five alternative sedans to consider if you’re looking for a relatively affordable four-door car with a large boot.

Fiat Tipo: The Italian is the left-field choice and considerably cheaper than the Honda. There are two engine choices: 1.4 and 1.6-litre petrol motors with 70kW and 81kW respectively. Like Honda, Hyundai has kept it simple with the Accent range, offering one 1.6-litre naturally aspirated engine with a touch more power than the Ballade at 91kW and 156Nm. The Accent's styling fades into the background, and its dependable nature shines through.

Pricing starts from R284 900 for the 1.6 Motion with a manual gearbox and R324 900 for Fluid fitted with a four-speed automatic gearbox. The Accent, like the Tipo, is long in the tooth and lacks a modern cabin in comparison to the Ballade. Toyota Corolla - The safe (and expensive) choice. Toyota's ubiquitous Corolla is in its 12th generation and easily boasts the best-looking exterior. Not something you’d say about almost all of its predecessors.

There's only one model that competes with its rivals, the entry-level 1.8 XS CVT. It costs R387 800, slightly less than the flagship Ballade RS.

The 1.8-litre engine produces a healthy 104kW and 171Nm, mated to a CVT that sends power to the front wheels. The Corolla's fetching looks, strong motor and comprehensive equipment list make it a strong contender. 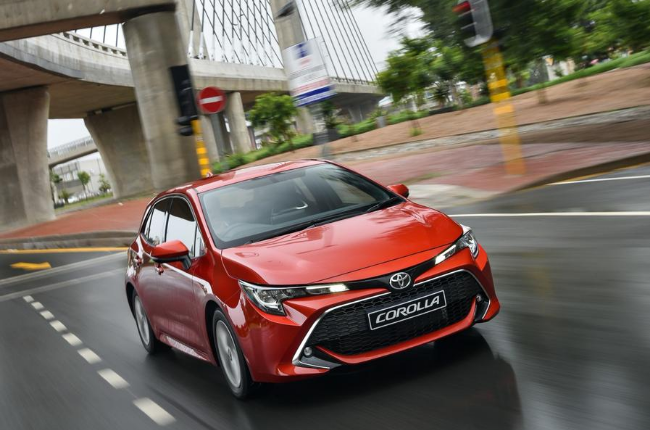 Toyota Corolla Quest: Based on the 11th generation Corolla, the Quest is not new to the local market. The Japanese carmaker has done this before, remember. The previous generation Corolla upon which its underpinned by is an exemplary car.

Prices begin at R271 800 for a manual model, but it's the Quest CVT derivative that gives the Ballade a headache.
The 1.8-litre motor produces 103kW and 173Nm and sends power to the front wheels via a CVT.

It lacks the luxury items offered on the Ballade such as LED headlights, AppleCarPlay and others. R291 300 still offers excellent value for a family that needs a reliable and spacious sedan that will undoubtedly remain as tight as a drum. Volkswagen Polo Sedan – The only German in the group, Volkswagen omnipresent Polo in sedan form isn’t as common as its hatch sibling. Nevertheless, there are only two models, broken up into Comfortline and Trendline.

The 1.4-litre engine has 63kW, the lowest of the fivesome and rides on 15-inch wheels compared to the Honda’s 16-inch wheels.

Extras such a park distance control, rear-view camera and LED headlights are available. The Polo represents a familiar sedan that’s used by many e-hailing service providers. 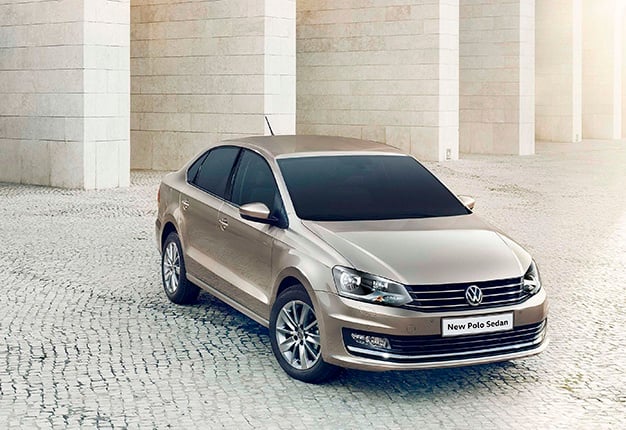 Image: Motorpress
Motorpress
We live in a world where facts and fiction get blurred
In times of uncertainty you need journalism you can trust. For only R75 per month, you have access to a world of in-depth analyses, investigative journalism, top opinions and a range of features. Journalism strengthens democracy. Invest in the future today.
Subscribe to News24
Related Links
Officially in SA! All you need to know about Toyota's new Corolla
Honda's familiar Ballade now available in latest guise
Next on Wheels24
Does having an advanced driving certificate make you a better driver?