Here's how much you'll pay to fill up the EcoSport, T-Cross and five other popular SUVs in SA Filling up? Here's what it costs to top up seven of SA's popular SUV and crossover vehicles in 2022.
Pritesh Ruthun

Petrol and diesel prices are the highest they've ever been in South Africa, despite the government's move to reduce the general fuel levy for April and May 2022. If you're planning to buy a new car in the coming months, you should look at what it costs to fill it up and what mileage you can expect from it per tank to ensure maximum return on your mobility investment.

We've wrangled together seven popular compact SUVs and crossovers that cost between R250 000 and R350 000 - which could be the perfect fit for small families, young couples, adventurers or empty nesters. Let's look at what they offer and what you can expect at the pumps when it's time to top up. Renault's Kiger is one of the most affordable compact crossovers you can buy in South Africa, and the 1.0 Turbo Zen might be the pick of the bunch if you want something light on fuel and easy to live with. It replaced the popular Sandero, and it comes with a 999cc three-cylinder turbo petrol engine that produces a respectable 74kW and 160Nm. Motivation is sent to the front wheels and comes with a five-speed manual gearbox that's light and easy to operate. When it comes to running the Kiger, you're looking at filling up a 40-litre fuel tank at R21.63 per litre of 95 unleaded inland, setting you back around R865.20. Renault claims that the car will sip 5.0 litres per 100km in a combined cycle, so you might achieve up to 800 kilometres between trips to the petrol station. Mahindra recently relaunched its XUV300 range in South Africa, and they're pretty proud that it's the "safest car in Africa". There are numerous models in the range, but we went for the wallet-friendly 1.2T W6 manual for this list. Its 1197cc three-cylinder turbo petrol engine punches out a meaty 81kW and 200Nm. Drive goes to the front wheels via a nicely stacked six-speed manual transmission tuned to deliver performance and economy. W6 versions of the XUV300 are packed with features that make daily motoring a cinch, including electrically operated windows and mirrors, with remote central locking. You also get an effective air conditioning system and capable audio system that you can pair your smartphone with to stream music or make and receive calls. As standard, it comes with a five-year or 150 000km mechanical warranty and a five-year or 90 000km service plan. If the Kiger and the XUV300 are too compact for your needs, you could consider the slightly larger Hyundai Venue 1.2 Motion. It's relatively new to the market as an entry point to the line-up that Hyundai recently expanded. The budget-beater is powered by a 1197cc four-cylinder naturally aspirated petrol engine that produces 61kW of power and 115Nm of torque. Motivation is sent to the front wheels via a five-speed manual gearbox. While we haven't tested this version of the Venue yet, feedback from readers suggests that you have to be prepared to rev this car out if you plan to keep up with traffic. This is particularly the case in Johannesburg, where naturally aspirated engines can lose between 10% and 15% of engine output due to the high altitude. Nevertheless, the Motion comes with essentials such as aircon, electric windows and a decent audio system. As an entry-level vehicle, it won't disappoint on spec. An excellent seven-year mechanical warranty that lasts 200 000km and a three-year 45 000km service plan are thrown in too. Currently, at 21.63 per litre of 95 inland, you will pay R973.35 to brim the Venue's 45-litre tank. Driven in an ideal condition, according to the manufacturer, it will consume 6.5 litres per 100km in a combined cycle, which should see you achieve around 692km between trips to the garage. While it might share its underpinnings with the Kiger, the Magnite is quite different. For starters, it looks more like an SUV than a compact crossover or MPV, which will appeal to more consumers as motorists prefer the sports utility vehicle look. Our choice for this list is powered by a similar 999cc three-cylinder turbo petrol engine used in the Kiger, so expect 74kW and 160Nm. Power and torque are also sent to the front wheels through a five-speed manual transmission, like the rest of the cars above. Nissan's Acenta models are usually trimmed with the essentials that make daily driving a breeze, so expect a decent aircon, comfy seats, electrically-operated windows, a decent audio system and stunning alloy wheels with beefy tyres. You can also easily click ISOFIX child seats into the Magnite like the Kiger, and the XUV300 mentioned earlier. It's packaged with a six-year or 150 000km mechanical warranty and a three-year or 30 000km service plan. When running this Magnite, expect to pay R865.20 per 40-litre tank of 95 unleaded inland at current prices of R21.63 per litre. It will sip, according to Nissan, 5.3 litres per 100km in a combined cycle, which will see you achieve at least 755km between top-ups. Although it's not going to work as a family car due to its compact nature and its two-door layout, the Suzuki Jimny might be perfect if you want something light on fuel and aren't too worried about dynamic handling prowess. It's the only model on our list that has a part-time four-wheel-drive system that you can select via a dedicated shift lever, and it's powered by a 1462cc four-cylinder naturally aspirated petrol engine that produces 75kW and 130Nm. GL spec Suzukis sit in the middle of the range, but you get a lot of features that make them a worthwhile proposition compared to breaking the bank for a high-spec GLX version. Expect electric windows, a capable aircon, an easy-to-use audio system and central locking. Also, expect a decent warranty of five years or 200 000km and a service plan for four years or 60 000km to keep running costs in check. To keep the Jimny going, you will pay R865.20 per tank of 95 unleaded inland currently. Its 40-litre fuel tank should see you achieve at least 635km between trips to the garage, thanks to a claimed fuel consumption figure for the combined cycle of 6.3 litres per 100km. Ford's in a challenging position regarding the recently discontinued India-sourced EcoSport. It's one of their best-selling cars, and they haven't announced what's going to replace it. However, the company is still selling the current EcoSport. We picked the 1498cc three-cylinder naturally aspirated Black version for this list based on its bold looks and economical running costs. Expect a splendid 91kW of power and a decent 150Nm of torque while motivation is sent to the front wheels via a six-speed automatic gearbox. We spent a decent amount of time assessing the EcoSport Black, and we came away impressed at its level of features and its composure on the road. It's packed with a lovely Ford Sync multimedia system and electric windows, and all the necessities of a daily driver. You'll enjoy its comfy seats and easy dynamics, although it does require revs to make haste. Ford packages this car with a four-year or 120 000km mechanical warranty, but the service plan of four years or 60 000km is optional. When running this EcoSport as a daily driver, expect to fork out at least R1124.76 per tank. The 52-litre capacity will be good enough to see you achieve up to 754km between trips to the garage, thanks to a claimed fuel consumption of 6.9 litres per 100km. Perhaps the premium car on our list, although we still chose the entry-level version at this price point, the T-Cross is your best for something that feels meaty and solid on the road (but it remains compact and easy to live within the city). It has this big-car feel to it from the driver's seat, and it's powered by a feisty 999cc three-cylinder turbo petrol engine that pushes out 70kW and 175Nm of torque. Motivation is only sent to the front wheels through a five-speed manual gearbox. 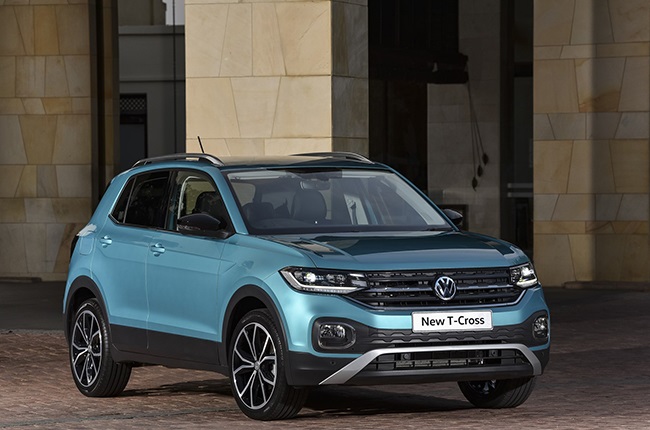 We've managed to spend some time in a T-Cross, and it was a fantastic experience that just made life on the road that much easier and more comfortable. It's an easy-to-drive car that's graceful with a hint of sportiness if you like barrelling into bends sometimes. Comfortline sits in the middle of the range when it comes to VW, but you'll be pleased with the level of standard features in the T-Cross. We like its chunky wheels and tyres, sumptuous seats, and digitalised interior. VWSA has packaged the T-Cross with a three-year or 120 000km mechanical warranty and a three-year or 45 000km service plan. When it comes to filling up this T-Cross, it will cost around R865.20 per 40-litre tank. But thanks to a seriously low claimed combined cycle fuel consumption of 4.8 litres per 100km; you might achieve at least 833km between trips to the petrol station.

Beyond the cost of filling up

It's essential to consider numerous variables when shopping for a new car. The cost of filling up is a crucial variable, but don't forget to investigate insurance, the cost of replacement tyres and parts and the dealer network.

You might find that some vehicles are desirable at retail prices, but these cars might not provide you with the level of safety features you need to keep you and your occupants safe. Look for anti-lock brakes, a selection of airbags, and active safety systems, such as blind-spot monitors, if you can spend more money.

If these cars are out of reach in terms of your budget, we suggest looking for a demo or pre-owned vehicle with a bit of mileage.

Let us know in the comments section, or please send us an email here if you own one of these cars and can achieve these claimed fuel ranges in your experience.

Get the newsletter
Lockdown For
DAYS
HRS
MINS
Brought to you by
Voting Booth
Do you think Mercedes will return to form later in the 2022 F1 season after two poor races?
Please select an option Oops! Something went wrong, please try again later.
Yes, don't discredit them.
33% - 622 votes
Who cares, F1 is exciting again!
44% - 829 votes
No, it's Ferrari's turn to dominate again.
23% - 444 votes
Previous Results
Car Doctor
Car doctor | How 'pimping your ride' could affect your vehicle insurance - what...