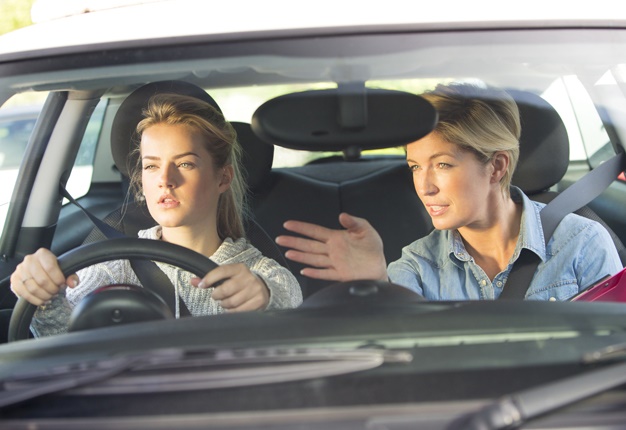 Cape Town - The K53 manual for driver’s and learner’s licence tests is getting an overhaul, Transport Minister Dipuo Peters has said.

The review would include updates and improvements suggested by examiners, the driving school industry, and the general public, she said in reply to a parliamentary question from DA MP Manny de Freitas, and which was published on Monday (November 21).

The code 10 test for heavy motor vehicles such as buses and trucks would be reviewed, to ensure people did not choose it because it was easier than the code 8 test for light motor vehicles.

A driver technical committee, which was responsible for all driver-related standards, processes and procedures, was finalising proposals.

We asked readers 'what do you think should be done to improve the K53 licence test?' and our homepage poll garnered 15 121 votes:

U'boet Mussa: The new book is just too useless for my liking

Jared Coode: Makes no difference when 90% of the examiners can be bribed.

Kevin Sadie: The tests are easy but on the road that's where they screw you. You fail but somehow they don't want to tell you how u failed. All money making rubbish. You will only pass on your 3rd test.

Gerrie Johan Gerber: Agree. They want you to spend so much time swinging your head around watching mirrors, that there is no time left to watch the road!

Clive Prince: Code 10 loophole, has been exploited for too long,an easy way not having to do the parallel parking test.

Eureka Broberg: They need to add the new my city bus intersections.... People don't know how to use them.

Rashid Sayyid Malakoane: The K53 test is fine according to me. If new improvements are made then let them be free on the internet.

Branden Ronald Olivier: Teach young drivers about distance perception, how to distinguish how fast they are travelling in meters per second and train their minds in this way which will make it easier to pass vehicles with oncoming traffic.

Mike Fenner-Solomon: The one area I can never understand is ever addressed or discussed is that on highways, the keep left pass right code is never mentioned. *Even Arrive Alive, with all its signage never mentions this. It is obvious that selfish drivers who just sit in the right hand lane cause frustration with cars behind, who end up either driving right up behind them creating dangers or just overtaking on the left - also extremely dangerous.

The sad reality is that even our various police divisions are oblivious to the correct code. Just a few days ago I was returning to Cape Town on the N1 - and a police vehicle was driving intermittently between 70 and 90 km’s per hour sticking firmly to the right hand lane (speed limit 120).

Surely we can start to educate our drivers about this simple road ethic. In Europe certainly this code is strictly adhered to and drivers that do not comply are swiftly dealt with. Robert Fortuin: I was just thinking out of the blue yesterday about the whole K53 approach. There must definitely be more simpler methods to apply to a more safety consciousness and approach on our roads.

If every new driver since the K53 method was introduced should observe the strict applications thereof on all of our roads there will be pile ups and chaos. Why be so strict on things that a candidate won't apply the minute they have their licenses (especially older competent drivers).
Another great concern is driving schools who brings out people in peak traffic who  has to do all the observations all remain stationary for up to five minutes or longer.

Thanks for addressing the chaos on our roads and the loopholes in our traffic laws and application thereof.

Clinton Mlala: People are not doing code 10 because it's easy, let's also look into the brighter side - people tend to do code 10 cause if you have a code 10 licence you are also guaranteed to drive a code 08 vehicle that's why they prefer to do code 10 licence.
Anelize Botha: I previously tried to obtain my driver’s license but failed to do so because the instructor wanted a bribe!?
• So I suggest where you can start is in your won department get all the rats and dents out and your operation will run smooth.
• Stop letting us look everywhere except on the road. You have to observe so many times that you can’t get a chance to look in front of you.
• Get International standards please I can’t drive in other countries with a South African drivers license.

We live in a world where facts and fiction get blurred
In times of uncertainty you need journalism you can trust. For only R75 per month, you have access to a world of in-depth analyses, investigative journalism, top opinions and a range of features. Journalism strengthens democracy. Invest in the future today.
Subscribe to News24
Related Links
K53 manual revamp: 'It's long overdue'
Next on Wheels24
Starting a delivery business - panel vans you can buy in SA for less than R300 000