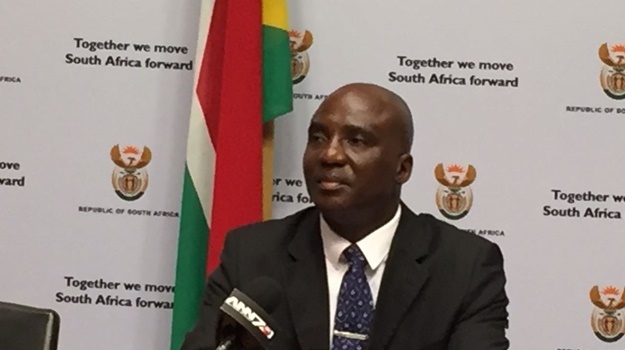 Johannesburg - The Administrative Adjudication of Road Traffic Offences (Aarto) amendment bill has moved a step closer to being signed into law.

The amendments pay the way for the adoption of a driver points demerit system.

Why implement these amendments?

The Transport Department says the Aarto act seeks to achieve the following:

• to promote road traffic quality by providing for a scheme to discourage road traffic contraventions
• to facilitate the adjudication of road traffic infringements
• to support the prosecution of offences in terms of the national and provincial laws relating to road traffic
• to implement a points demerit system
• to provide for the establishment of an agency to administer the scheme.

The Minister of Transport, Joe Maswanganyi, has welcomed the passing of the Aarto Amendment Bill by the National Assembly. The minister said that the Act will provide "the assurance to all South Africans that their lives matter and that it is about increasing road safety."

The transport department says the bill is a direct result of "the untenable and unsustainable road safety challenge in South Africa".

The department adds: "The Bill guarantees South Africa’s implementation of the National Road Safety Strategy and the achievement of the targets as set out in United Nations Decade of Action for Road Safety."

Maswanganyi said: "South Africa has been experiencing tremendous loss of lives, especially of young people, as well as the continued disregard of road traffic laws."

"So as a country, we need to act with resolve and turnaround this unfortunate situation. We must act with conviction and take responsibility for our situation."

Maswanganyi said: "The demerit point system will provide for an easy and objective mechanism of identifying habitual infringers so that the applicable penalties can be imposed.

"Those that continue to break the laws will find themselves ultimately losing their driving licences through suspensions and cancellations of their drivers licenses.  We must remember that a driving licence always belongs to the government and everyone that wants to exercise this benefit, must comply with the conditions related there."

Maswanganyi said Aarto also provides for rehabilitation of drivers that have had their driving licences suspended or removed.

"In this way, we can influence those drivers to change their behaviour to easy compliance with road traffic laws," said Maswanganyi.

Maswanganyi said that the amendment bill also makes dealing with infringements "very easy and quick" through a new Appeals Tribunal.

Check out the infogrophic below: Info by Law For All

We live in a world where facts and fiction get blurred
In times of uncertainty you need journalism you can trust. For 14 free days, you can have access to a world of in-depth analyses, investigative journalism, top opinions and a range of features. Journalism strengthens democracy. Invest in the future today. Thereafter you will be billed R75 per month. You can cancel anytime and if you cancel within 14 days you won't be billed.
Subscribe to News24
Related Links
New driver demerit system: 6 things SA motorist should know
Aarto bill a step closer to becoming law: What will this mean for SA motorists?
Next on Wheels24
SEE | Where do SA's imported cars come from? One country dominates...

Get the newsletter
Lockdown For
DAYS
HRS
MINS
Brought to you by
Voting Booth
Do you think Mercedes will return to form later in the 2022 F1 season after two poor races?
Please select an option Oops! Something went wrong, please try again later.
Yes, don't discredit them.
34% - 499 votes
Who cares, F1 is exciting again!
43% - 641 votes
No, it's Ferrari's turn to dominate again.
23% - 340 votes
Previous Results
Car Doctor
How much it costs to replace tyres if you buy one of SA's 5 most popular vehicles