SEE | Have you seen these 'unusual' vehicles from VW, Ford and Renault on the road? • Volkswagen launched a 'Sportsvan' version of the popular Golf.

• The Ford B-Max was the brand's last compact MPV with double sliding doors.

• Before the success of the Kwid and Sandero, Renault had the Twingo.

On the odd occasion, you might have come across a car you've never seen before. On the one hand, it could've most likely been an import from a neighbouring country, or perhaps so few examples were sold locally that you didn't even know it existed.

Of course, all the lingering questions about a specific vehicle could be quelled by a quick look at the model badge and an ensuing Google search.

One body shape that won't come up too often is minivans mostly because SUVs and bakkies have taken over in the local market.

An automaker's vehicle range is pretty extensive and includes small passenger cars and SUVs, while others also include light commercial vehicles such as bakkies or small trucks.

Can you think of any other similar models that could be added to this list? Email us, or share your thoughts in the comments section below

Toyota and Volkswagen are the most common brands that fill the streets, although the likes of Hyundai and Renault have become daily fixtures as well.

LETTER | 'Wake up, Ford SA!' - reader calls on Blue Oval brand to not only rely on Ranger

It's easy to overlook models because most of them follow a similar design blueprint, although some will argue that with Audi, most of its hatchbacks and sedans look the same.

Check out some of these 'what car is that' vehicles you might have seen on the road but not have known its name: The B-Max first arrived in the local scene in 2015 and looked very much like the birth product of the Kuga, Eco Sport, and Fiesta as it borrows notable design cues - with the addition of sliding doors.

It was sold in three trim levels - Ambiente, Trend and Titanium - with each sporting a 1.0-litre EcoBoost turbocharged three-cylinder engine with power figures ranging from 74 to 92kW.

At the time of its local launch, pricing started from R221 900 and went up against Honda's Mobilio, Kia's Soul, and Suzuki's Ertiga.

The Golf is arguably VW's most popular model ever, with it currently spawning seven generations, while the imminent arrival of the eighth edition is due to launch in just a couple of months.

While many people think of a hatchback when a Golf is spoken about, and rightly so, the German brand also launched a handful of SV, or Supervan, examples locally.

Production stopped in 2016, but there are still a few models in existence. Performance-wise, later models sported 1.0 and 1.5-litre TSI petrol engines with power figures of 63, 81, 96 and 110kW, respectively. 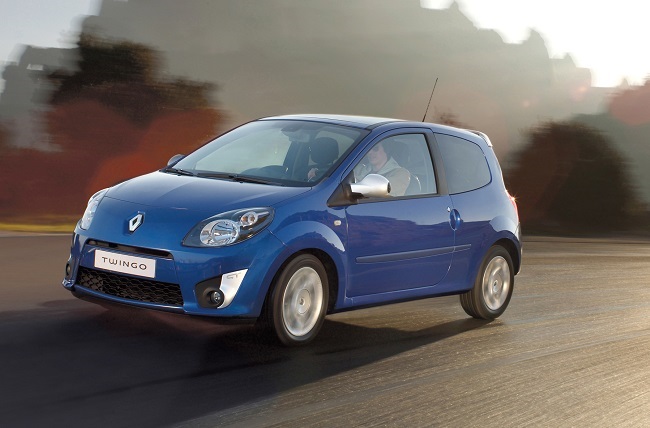 Before the likes of the Kwid and Sandero ran the show for Renault, the Twingo was the best proposition for consumers looking for an inexpensive small city car.

It was powered by a 1.2-litre engine that churned out a 56kW and 107Nm, boasting three trim levels - Dynamique, Dynamique Plus and the performance-orientated RS.

The Hyundai i10 and Kia Picanto were its closest rivals. While both those models are still enjoying success on the production line, the Twingo wasn't in many people's taste and was unfortunately discontinued.

We live in a world where facts and fiction get blurred
In times of uncertainty you need journalism you can trust. For only R75 per month, you have access to a world of in-depth analyses, investigative journalism, top opinions and a range of features. Journalism strengthens democracy. Invest in the future today.
Subscribe to News24
Next on Wheels24
The five V12 engines left on SA’s new-car market (and the cars that use them)