How much would you pay to own one of super spy James Bond's cars? A car collector splashed out the equivalent of R97-million to purchase the original 1965 Aston Martin DB5 'Bond Car'.

The gadget-filled car used in the James Bond movie Goldfinger and to promote Thunderball was placed up for auction by Sothebys in August.

The 1965 DB5 'Bond Car' fetched a record-breaking $6.4-million during an 'Evening with Aston Martin' event by Sotheby’s Monterey auction, exceeding the previous record by nearly $2-million.

The DB5, chassis no. DB5/2008/R, is one of only three surviving James Bond DB5’s from the movies Goldfinger and Thunderball. The DB5 holds the largest collection of gadgets including: 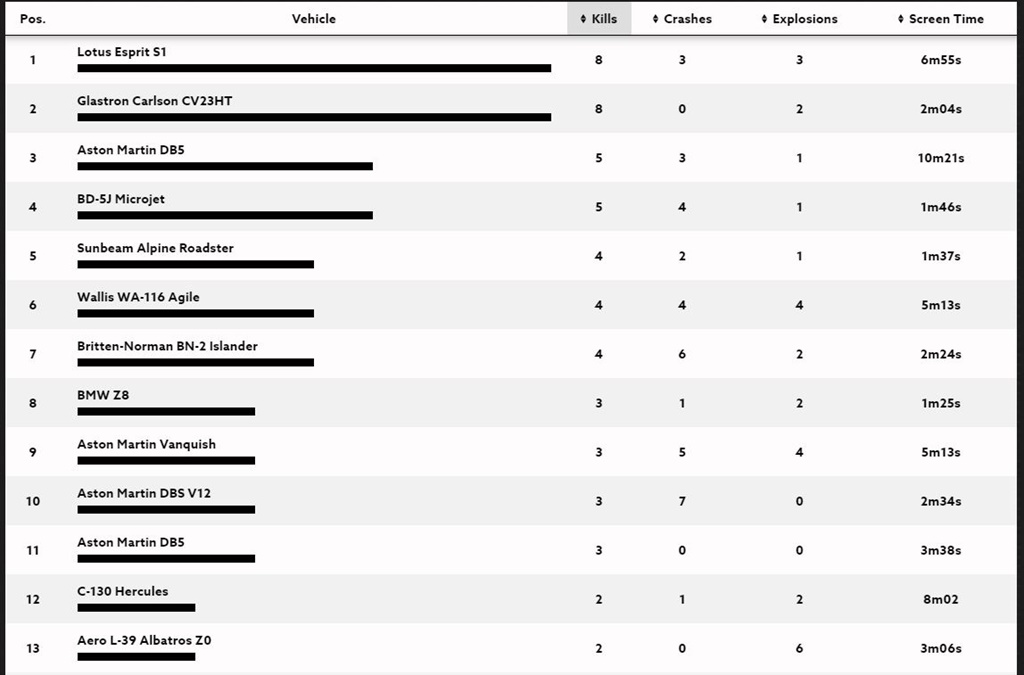 We live in a world where facts and fiction get blurred
In times of uncertainty you need journalism you can trust. For only R75 per month, you have access to a world of in-depth analyses, investigative journalism, top opinions and a range of features. Journalism strengthens democracy. Invest in the future today.
Subscribe to News24
Related Links
WATCH: James Bond to drive an eco-friendly car
Next on Wheels24
Car Doctor DIY | These stress-free tyre changing tips will turn anyone into a pro