Sipes, balancing, run flats...Tyre jargon is a thing, here's what you should know 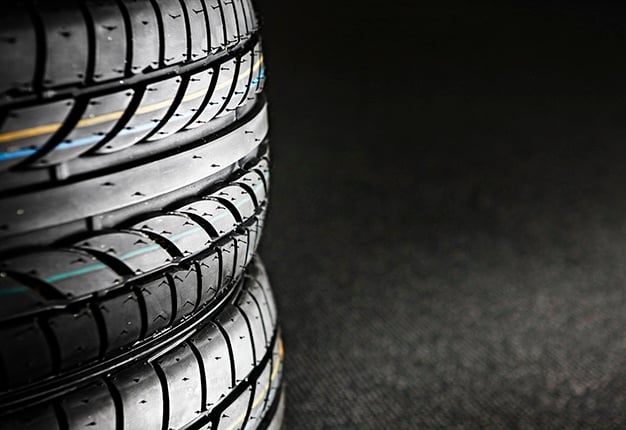 Wheels and tyres are probably four of the most important things you'll find on a car, and most drivers take it for granted.

Much like your own two feet, when it's sore or not taken care of, it could leave you limping or just battling to walk. Cars are the same; if the tyres are in bad shape, you're going to have problems driving your vehicle.

The importance of tyres cannot be stressed enough as they provide the primary gripping contact between car and road, which is why it is so imperative to have your tyres checked at regular intervals.

Unfortunately the hazards of potholes and loose debris can damage or even throw it out of alignment without any indication. This can be particularly dangerous for the driver and passengers as a crash could occur due to a tyre burst.

Tiger Wheel & Tyre has put their heads together and have come up with a list of common industry terms and their meanings, to empower you to make good decisions when it comes to your wheels and tyres.

First, it’s important to know what a ‘tyre designation’ is. This is the series of numbers and letters on a tyre’s sidewall, each of which expresses the nature and/or values of the tyre’s specifications. It’s the tyre’s master code and a typical one may look like this: P205/55R16 88V.

Wheel alignment: A process using hi-tech equipment to measure and adjust, where possible, three key angles (camber, caster and toe) to ensure all wheels are pointed in the optimum direction in relation to the road and each other. Aspect Ratio: The height of the sidewall expressed as a percentage of the tyre width. This is the second number in the tyre designation, e.g. P205/55R16 88V.Low profile: Tyres with an aspect ratio of less than 50%.

Ultra-low profile: Tyres with an aspect ratio of around 30%.Balancing: The process of measuring the distribution of weight in the wheel package (wheel with tyre fitted) and correcting imbalances by affixing weights to the rim.

Casing: The foundational structure of the tyre, formed by crisscrossing threads. Also used to refer to old, used tyres. Markings: Another name for the tyre designation and other information on the sidewall.Nitrogen Tyre Inflation: the act of inflating tyres with nitrogen rather than air, so they run cooler, stay inflated longer and last longer. Rotation: The act of moving front tyres to the back and vice versa, then swapping them left to right, to minimise the effects of uneven treadwear and extend tyre life.

Alloy Wheel: A wheel made from alloy metal (lighter than steel) and usually fitted as an aftermarket accessory for performance and aesthetic reasons.

Run Flats: Tyres manufactured specifically for certain car makes and models and which have a reinforced sidewall. Cars with run flats usually have a built-in TPMS (tyre pressure monitoring system). In the event of a flat, you can continue driving on run flats at a reduced speed for around 100km, before replacing them. For safety reasons, run flats should not be repaired after being driven flat.

Sidewall: The part of the tyre between the rim and the shoulder, which contains the tyre designation.

Sipes: Thin slits carved across the rubber surface of the tyre tread, which enable better water evacuation and braking.

Speed Rating: The maximum speed a tyre can safely sustain under its recommended load capacity. Ratings range from A to Z (5 – 240+ km/h) and are reflected on the sidewall as the last letter in the tyre designation, e.g. P205/55R16 88V.

Tyre Size: A reference to three key measurements, including the width of the tyre, usually measured in millimetres, though some manufacturers use different standards; the aspect ratio (see aforementioned explanation) in millimetres; and the diameter of the rim in inches, represented respectively in our tyre designation example as P205/55R16 88V. When people speak of a 15, 16, or 20” etc. tyre size, they are referring to the rim size. Tyre Pressure: A measurement of the amount of air inside the tyre. Manufacturers include recommended tyre pressures on the inside of the driver-side door and in the owner’s manual.

Tread: The part of the tyre that makes road contact. Different tyres have different tread patterns, designed to optimise a combination of handling characteristics.

Treadwear Indicator: An easily identifiable part of the tread that can be used to measure treadwear. It is usually represented as a triangle or ‘TWI’.

Plug: A piece of rubber cord or string coated with a sticky compound and used as a temporary measure, to seal puncture holes on-the-tyre, from the outside in. Plugged tyres should not be driven at speeds exceeding 80km/h and for no further than 100km.

For a professional, permanent solution, companies like Tiger Wheel & Tyre perform off-the-wheel repairs from the inside out and uses a plug-type product known as a vulcanising rubber stem, in a process that includes reinforcing and sealing the repair area. Repairs are only undertaken to holes no larger than 6mm and after thorough inspection of the tyre both inside and out, to determine the extent of the damage and verify that the puncture is indeed repairable.

We live in a world where facts and fiction get blurred
In times of uncertainty you need journalism you can trust. For only R75 per month, you have access to a world of in-depth analyses, investigative journalism, top opinions and a range of features. Journalism strengthens democracy. Invest in the future today.
Subscribe to News24
Related Links
SEE | Here's why tyres are so important - speed is nothing without control
No more punctures: Michelin, GM goes reveals airless tyres for passenger cars
Next on Wheels24
Five sensible sedans to consider for under R400 000