• This is the first time a car sold in Africa receives this honour.

• The XUV300 is one of Mahindra South Africa's best-selling vehicles.

In partnership with the Automobile Association of South Africa (AA), Global NCAP released the latest #SaferCarsForAfrica crash test result. The test has been conducted with the support of the FIA Foundation and Bloomberg Philanthropies.  In a milestone moment for vehicle safety, the India-manufactured Mahindra XUV300 becomes Global NCAP's first five-star car in Africa. The XUV300 achieved a five-star rating for the Indian market in 2020.

Global NCAP's Indian and African programmes share the same assessment protocols and following a production compliance review, the rating has been confirmed for the model's rollout in Africa. 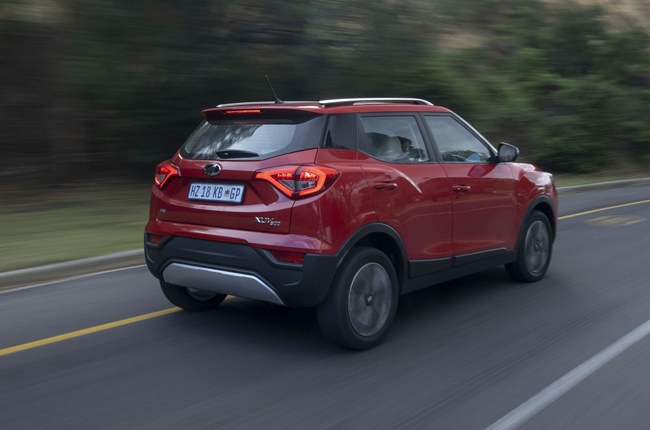 The child seat for the three-year-old prevented excessive forward movement during the impact offering fair protection to the chest. The 18-month-old CRS was installed with ISOFIX and support leg and protection offered to the 1.5-year-old dummy was good.

The vehicle offers standard ISOFIX and top tether anchorages in the two outboard rear seats and does not provide three-point belts in all seating positions. The car offers passenger airbag disconnection switch in case a rear-facing CRS needs to be installed in the front passenger seat.

Mahindra South Africa notes that the XUV300 sold locally has three three-point belts at the back, instead of the model sold in India with a lap belt in the middle. The tested model has two airbags, which is similar to the base-spec W4 model. David Ward, Towards Zero Foundation president, said: "We are delighted to see the first five-star result in our Safer Cars for Africa project. This is a landmark moment for vehicle safety in Africa. We are particularly pleased to recognise the continued safety commitment from Mahindra.

"The XUV300 was engineered in India and demonstrated the domestic Indian auto industry's capability to achieve excellence in safety design and performance for global export markets."

Willem Groenewald, AA South Africa CEO said: "This is a milestone event for the #SaferCarsforAfrica project, and signals that it is possible to achieve this excellent rating for vehicles in our market. We are particularly pleased that this rating has been achieved through a compliance review. We applaud the fact that there is a reasonably priced five-star vehicle available in Africa which gives consumers a safe choice when purchasing a new car." 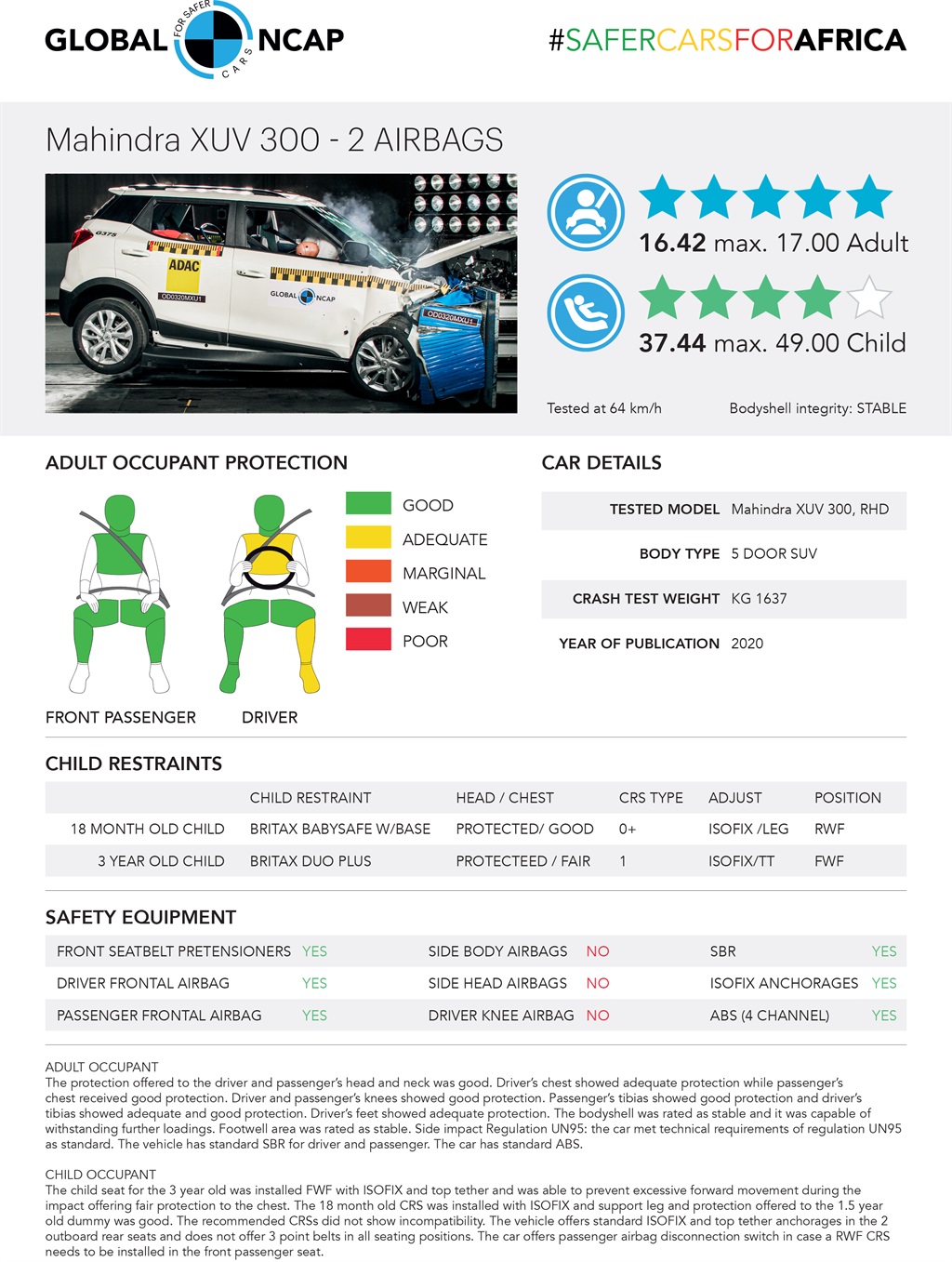 Mahindra XUV300 crash test findings
We live in a world where facts and fiction get blurred
In times of uncertainty you need journalism you can trust. For only R75 per month, you have access to a world of in-depth analyses, investigative journalism, top opinions and a range of features. Journalism strengthens democracy. Invest in the future today.
Subscribe to News24
Related Links
DRIVEN | XUV300 1.5TD W8 - Could this be Mahindra's finest vehicle in their stable?
REVIEW | There's a trove of treasures inside the Mahindra XUV300
SEE | The 5 cheapest diesel-powered cars on sale in SA today
Next on Wheels24
The numbers are in: Here's how much you paid for fuel in South Africa in 2020