• The VW Polo is the best-selling compact car in South Africa.
• It has become a trend for criminals to steal the headlights in just a few minutes.
• The current facelifted Polo was launched locally in 2022.

First, it was Volkswagen headlights on its popular Polo models; now, a new vehicle crime trend has seemingly evolved to the entire front of the car being stolen.

It seems that owning a Volkswagen Polo from the fifth generation onwards can be seen as both a gift and a curse. On the one hand, the model currently holds the accolade as South Africa's best-selling passenger car. It's compact, stylish, affordable and frugal. At the same time, it is seen by criminals as hot property where parts and sometimes the entire car is stolen – often never to be recovered again.

Wheels24 reader Thami Khoba shared viral images of a brand-new facelifted VW Polo to his Twitter profile earlier in March, with the entire front section missing and the wires and fittings exposed.

Based on the images posted on social media platforms, components like both (IQ Light) headlights, front grille, bumper, and LED light bar are all missing. The Polo has a starting price of R311 800 for its base model.

We had asked Volkswagen South Africa about the incident, but the local automaker said they do not have the facts or background information to share any information.

So now they take the whole front and not just the headlights????? pic.twitter.com/YBY8chpoj4

Because the current generation Polo is only a few months old, there aren't second-hand or 'pirate' parts available at aftermarket suppliers. This means owners (if their cars are not insured due to cancellations) would have to fork out the cash for replacement parts at the OEM.

The general rule of buying a new car, or a used one from a dealership, is that it has to leave the floor insured. Based on our research, an estimated quote from a VW dealership priced the entire front end of the new Polo at more than R100 000. And, if you are insured, expect your premium to increase as one would for any incident.

The automaker, unfortunately, cannot be held liable for such unruly events. Still, owners often have to look twice at the quotation because of the excessive monthly repayment of insurance. It's best to do some homework before purchasing and get the best insurance to cover your new vehicle.

The Polo (and GTI derivative) is classified as a high-risk asset – along with other offerings like the Ford Ranger, Toyota Hilux, and Toyota Fortuner – because those are the vehicles criminals target the most. According to a 2017 report released by Ctrack, the vehicle tracking company claims the Volkswagen Polo is one of the country's most hijacked or stolen passenger vehicles.

Have you had a specific component forcefully stolen from your vehicle, and what was the cost(s)? Please email us here, or use the comments section below. 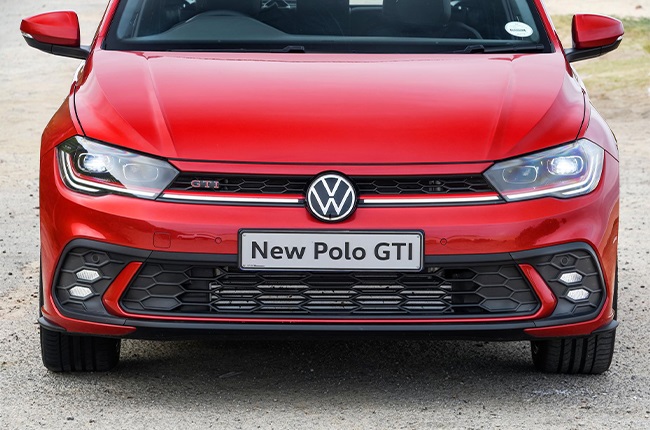 Volkswagen South Africa told Wheels24 in 2021, with regards to stolen badges: "Volkswagen is concerned about the reported theft cases of the Polo Vivo and previous generation Polo headlights.

"Volkswagen has confidence in the build quality of its vehicles and wishes to reassure its customers that no aspect of the design or fitment of parts makes its vehicles easier to steal than any other vehicle."

Because there are so many of these vehicles on the road, it makes easy pickings for thieves, and perhaps alarmingly, the act is often completed in under a minute. Speaking to a local VW salesperson regarding the issue, he says it is easy to spot a stolen headlight (if it is up for sale on the internet or in person) by looking for visible signs of damage on top of the casing where the screws must be tightened – in addition to a couple of clips on the inside.

Just the thought that you can return to your car after visiting the mall and your headlights or entire front end being missing is a real possibility. Thieves know that people are always looking for spares at a cut-price. Parking inside an enclosed space or close to a wall represents a deterrent.

It's not VW's fault that the Polo is such a popular car and that South Africans still regard it as highly popular despite its high-in-demand status.

We live in a world where facts and fiction get blurred
In times of uncertainty you need journalism you can trust. For 14 free days, you can have access to a world of in-depth analyses, investigative journalism, top opinions and a range of features. Journalism strengthens democracy. Invest in the future today. Thereafter you will be billed R75 per month. You can cancel anytime and if you cancel within 14 days you won't be billed.
Subscribe to News24
Next on Wheels24
Fuel prices don't bother everyone - SA bidders forked out millions for these ol' Ford jalopies

Get the newsletter
Lockdown For
DAYS
HRS
MINS
Brought to you by
Voting Booth
Petrol prices are almost at R30 per litre. What are you doing to help deal with monthly fuel bills?
Please select an option Oops! Something went wrong, please try again later.
I've downgraded my vehicle.
6% - 5 votes
I've joined a lift club.
5% - 4 votes
Nothing I can do. I am struggling with costs.
74% - 64 votes
Working from home is a saving grace.
16% - 14 votes
Previous Results
Car Doctor
Car doctor | How 'pimping your ride' could affect your vehicle insurance - what...