Besides the Ranger, this bakkie outsold the Hilux in July - plus other best-selling sale stats

• The Hilux is South Africa's most popular bakkie, but sales are not yet back to the norm since the Toyota plant's closure in April.

Ask any South African what's the best bakkie in our land, and without flinching, they'll say it's a Toyota Hilux. While that might be true, another bakkie sells more than 1 000 models monthly.

Toyota is getting back on its feet after torrential flooding caused its Prospecton plant to shut down earlier in April.

It means local production of its Corolla Cross, Hilux, and Fortuner had halted these past six months - the knock-on effect has been evident in local Naamsa sales figures. 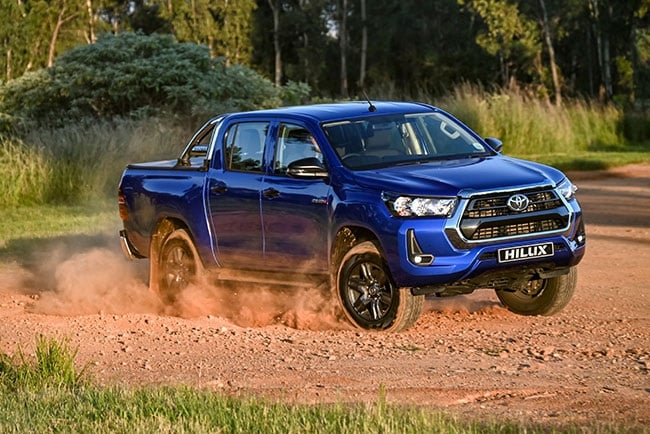 The automaker has since increased its number of imported vehicles to help keep them ranked as South Africa's number one carmaker.

Thanks to sales of its incredibly popular rebranded Suzuki Vitara Brezza and Baleno, Toyota sold 1 854 units of its carbon copies of the Urban Cruiser and 1 264 units of the Starlet. Along with other good numbers across the vast model line-up, this tally was more than enough to put them ahead of Volkswagen in second place. Hilux sales are up, although only slightly, with 1 012 bakkies sold, putting Toyota in third place regarding larger bakkies. But the bakkie which outsold the Hilux in July was Nissan's half-ton, single cab NP200, with 1 213 units sold.

Isuzu's D-Max has been gaining popularity since the new model launched earlier in 2022. The locally built model bagged 1 602 new owners last month. Ford has also recovered with sales by catching up with its recent chip shortages, and the automaker moved 1 838 Ranger models.

The Nissan Navara is also doing well, selling 561 models in July, but it could not catch Mahindra's Scorpio Pik Up with 847 sales.

Haval Motors sold 365 Steed models and 279 P-Series vehicles. Volkswagen's Amarok moved 115 models, which isn't bad for an outgoing version before the new locally built model goes on sale at the end of this year.

It's also good to see the underdogs picking up in sales and having a better month in July. Peugeot sold 58 Landtreks, while Mitsubishi had a lovely uptake with their Triton, selling 56 units. The Mazda BT-50 also improved, with a tally of 26 beautiful bakkies sold the previous month.

Jeep sold 26 Gladiator Rubicon bakkies in their second month in the local market. While that number might seem insignificant, one has to remember this vehicle has an asking price of R1 299 900.

We live in a world where facts and fiction get blurred
In times of uncertainty you need journalism you can trust. For 14 free days, you can have access to a world of in-depth analyses, investigative journalism, top opinions and a range of features. Journalism strengthens democracy. Invest in the future today. Thereafter you will be billed R75 per month. You can cancel anytime and if you cancel within 14 days you won't be billed.
Subscribe to News24
Next on Wheels24
South Africans are bakkie experts who know what they want: Here's a pick(up) of their faves