• Of that, Toyota SA registered a market share of 25%.

• The Hilux was once again Toyota's best-selling vehicle.

Toyota South Africa Motors (TSAM) said that while civil unrests hampered many business operations across South Africa last month, the Group still managed to sell 8 320 new vehicles in July 2021. Operations at its Prospecton Plant had been interrupted for about a week, while several dealerships, mainly in Kwazulu-Natal and Gauteng, suspended all business activities.

Of the total domestic sales figure of 32 949, TSAM registered a total market share of 25% in July. According to official figures released by Naamsa, the automotive business council, the Hilux was once again the best-selling vehicle for the Japanese automaker in South Africa. 2 836 new Hilux bakkies rolled off showroom floors, while the Hiace came away with 1 205 units sold. Toyota's passenger segment also had a strong showing, thanks to the Starlet (747), Corolla family of cars (Quest, Hatch and Sedan) with 600 units sold, as well as Toyota's Fortuner (685) and Urban Cruiser (646).

Senior Vice President of Sales and Marketing at TSAM Leon Theron says: "Despite being pleased with our year-to-date sales, we remain committed to TSAM's long-term strategic plans built around steady and sustainable growth. Over the next few months, we hope that our sales will benefit from new and minor change model introductions, including the eagerly awaited Land Cruiser 300.

"We pride ourselves for being competitive in almost every segment, enabling us to meet consumer preferences no matter where they shift. We're also proud of Toyota's extensive dealer network and our dedicated sales teams." 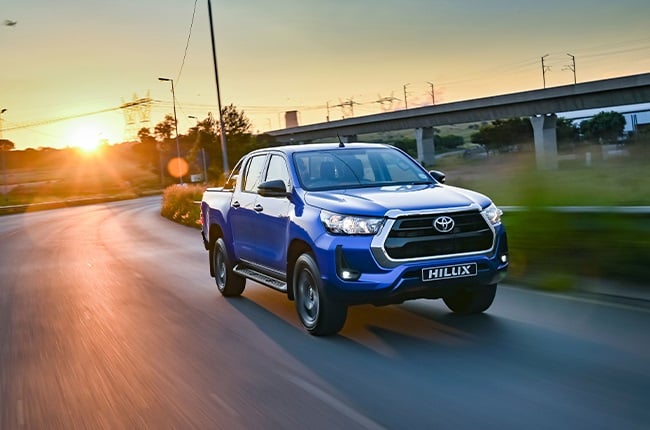 2021 Toyota Hilux
Motorpress
We live in a world where facts and fiction get blurred
In times of uncertainty you need journalism you can trust. For 14 free days, you can have access to a world of in-depth analyses, investigative journalism, top opinions and a range of features. Journalism strengthens democracy. Invest in the future today. Thereafter you will be billed R75 per month. You can cancel anytime and if you cancel within 14 days you won't be billed.
Subscribe to News24
Next on Wheels24
SEE | SA loves its used double-cabs! These are the most searched-for bakkies