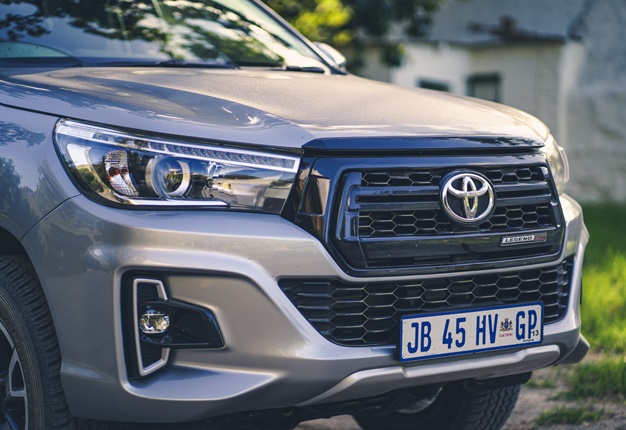 Toyota's Hilux, a perennial favourite in the new vehicle sales charts, was the best-selling model for the Japanese carmaker in August. The company reported sales of 7743 vehicles, an increase of 279 units compared to July 2020.

3610 Hilux units were sold last month. A breakdown illustrates the Double Cab configuration with 1850 sales remains top of mind for customers, while Single and Extra Cab versions accounted for 1071 and 689 of the total sales.

"Our market share has been consistent above 20% and right now it remains well above that level. In saying that, as we continue to navigate through these profound times, being number one is not top of mind, because leadership is not just about volume in isolation – it never has been. It is also about trust and having an emotional connection with our customers, a deep understanding that enables us to meet their needs and even anticipate them, says senior vice President of sales and sarketing at Toyota Leon Theron. In the Light Commercial Vehicle (LCV) segment, two stellar performances in the sales charts by the Hiace and Land Cruiser 79 contributed to 4853 vehicles sold. The Fortuner was the best-selling passenger vehicle with 733 units retailed, while Etios and Corolla Quest posted sales of 415 and 370 units apiece. Globally, Toyota said its sales and production volumes had already recovered to 90% of the previous year's July figures – following Covid-19-induced disruptions in both retail and manufacturing.

Toyota Motor Corporation – the parent company of TSAM and other Toyota affiliates – predict that worldwide sales are expected to slump by approximately 15% between July and September, decrease around 5% down between October to December, and then ease slowly up by approximately 5% from January to March in 2021.

The National Association of Automotive Manufacturers of South Africa (NAAMSA) noted that the demand for new vehicles has improved slightly compared to the previous two months as the country's lockdown restrictions eased further to Level 2 in August.

The association noted that activity in the new vehicle market is expected to remain low for the remainder of the year due to the uncertainties relating to the economic impact of the coronavirus, compounded by the need for both consumers and businesses alike to adapt to short-term budget pressures.

We live in a world where facts and fiction get blurred
In times of uncertainty you need journalism you can trust. For 14 free days, you can have access to a world of in-depth analyses, investigative journalism, top opinions and a range of features. Journalism strengthens democracy. Invest in the future today. Thereafter you will be billed R75 per month. You can cancel anytime and if you cancel within 14 days you won't be billed.
Subscribe to News24
Related Links
SEE | Three new cars you could buy under R150 000
How Toyota's Quantum has been redesigned as a classic HiAce taxi
Next on Wheels24
SEE | The top 5 bakkies South Africans bought in May 2022 - some brands might surprise you