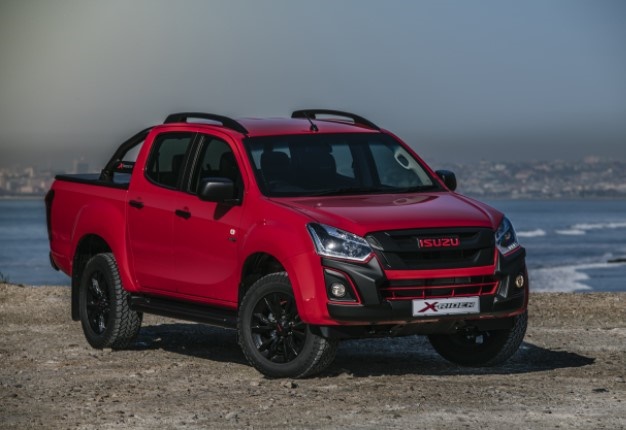 • Isuzu CEO Billy Tom says the D-Max was the second best-selling bakkie in May, June and August.

Isuzu Motors South Africa newly appointed CEO and MD Billy Tom said the bakkie and truck manufacturer was well-placed to operate in the current rapidly changing environment despite the impact of Covid-19.

"Given where we have come from, we have a proven track record of resilience which is enabling us to navigate through the current disruptions in our environment. Testament to this is the sales performance which we have delivered over the past few months," Tom said. "During the month of August, we had the best Isuzu D-Max August sales month in 14 years. The D-Max was the second best-selling bakkie in the market for May, June and August. On the truck side, our share of the medium and heavy commercial market – excluding van and bus, is currently tracking at 12.7% year to date. So far, we have retained our number one position in the commercial market -, excluding van and bus - and plan to retain this position in 2020," emphasised Tom.

These positive sales performances, despite the current downward trend in domestic vehicle sales in South Africa, Tom attributed to the Isuzu team’s agility, flexibility and resilience to proactively and positively respond to change.

"The reliability of our bakkies are legendary. In fact, we have a customer whose bakkie is on its way to achieving two million kilometres on the odometer. If you speak to many of our customers, they will tell you that we do live up to our tagline of being with you for the long run,"said Tom.

There is a skills sharing of Isuzu’s strengths in keeping customers on the road for the long run is the expert local engineering capabilities of the Isuzu team, who specifically engineer Isuzu vehicles for conditions in South Africa and further afield on the continent. Over R1-billion investment to South Africa

In 2019 the Japanese headquarter's announced that it would be investing R1.2-billion in the next generation bakkie programme in South Africa.

"Project teams from Japan, Thailand and South Africa are currently working full steam ahead on this project with a priority focus on engineering the vehicle to meet the requirements of our customers in the Africa markets and also in terms of increasing localisation opportunities," said Tom.

"Additionally, we are in discussions with Isuzu Japan to bring the assembly of the next generation of trucks to South Africa. It is still early days but once the programme details have been confirmed, we will share this with our stakeholders."

We live in a world where facts and fiction get blurred
In times of uncertainty you need journalism you can trust. For 14 free days, you can have access to a world of in-depth analyses, investigative journalism, top opinions and a range of features. Journalism strengthens democracy. Invest in the future today. Thereafter you will be billed R75 per month. You can cancel anytime and if you cancel within 14 days you won't be billed.
Subscribe to News24
Related Links
Honda’s original Jazz was once a rugged 4x4 based on an Isuzu
Isuzu has upped the ante with its new D-Max bakkie - we have all the details
Next on Wheels24
SEE | SA loves its used double-cabs! These are the most searched-for bakkies