SA car sales | How much does the GWM P Series cost on the local used market? 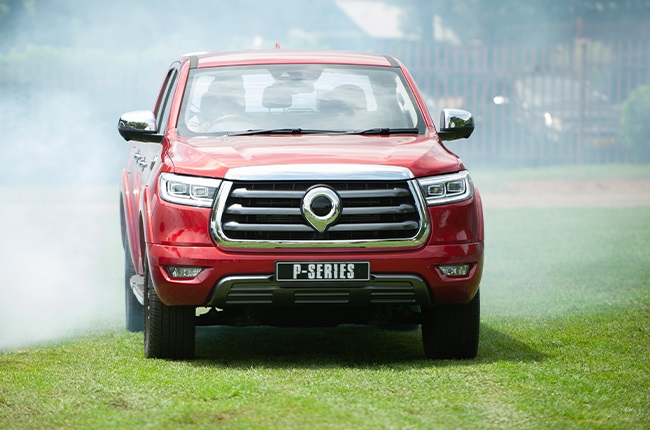 The new GWM P Series attracted immense interest in the months leading up to its launch in South Africa at the end of 2020. That curiosity from potential buyers quickly translated into actual sales, with the Chinese newcomer making an immediate impact on the country's broader bakkie segment.

After swiftly selling every units from its initial consignment, the Baoding-based firm's local division has seemingly since secured a steadier supply from China. The P Series' success till now has meant that it has now broken into the list of SA's five top-selling bakkies, behind stalwarts such as Toyota's Hilux, the Ford Ranger and Isuzu's D-Max. But how has this value-packed bakkie fared on the used market thus far?

According to AutoTrader data covering the six months up to the end of June 2021, the average listed price for a used P Series is R443 157, while the average mileage comes in at 1 740km. Interestingly, P Series models listed as new on the platform bear an average price of R453 737, which is barely R10 000 more. Though it's early days in this new model's life cycle, the initial data would suggest the P Series is holding its value rather well on the used market, where there's plenty of demand. Still, we should point out the figures above are averages, so they may well have been driven up slightly by a surfeit of high-spec double-cab variants fitted with various optional extras.

AutoTrader's CEO George Mienie says South African buyers shopping in both the new and used markets have clearly welcomed the arrival of a well-priced bakkie featuring all the bells and whistles.

He said: "Bakkies like the Hilux and Ranger are extremely popular with local buyers, but the various P Series derivatives - and in particular the passenger-spec double-cab models - offer a lengthy list of standard equipment. It's fascinating to see just how strong demand on the used market is some six months down the line, as illustrated by our initial data."

READ: DRIVEN | GWM's new P-Series finally in SA - here's how it stacks up against Hilux, Ranger

All models employ the automaker's 2.0-litre four-cylinder turbodiesel engine though there's a choice of 4x2 or 4x4. Transmission options, meanwhile, include a six-speed manual gearbox and a ZF-sourced eight-speed automatic transmission.

We live in a world where facts and fiction get blurred
In times of uncertainty you need journalism you can trust. For only R75 per month, you have access to a world of in-depth analyses, investigative journalism, top opinions and a range of features. Journalism strengthens democracy. Invest in the future today.
Subscribe to News24
Next on Wheels24
SEE | These pre-owned vehicles boast some of the highest mileages you'll ever see