• The Volkswagen Polo Vivo was the top-selling vehicle last month.

The new vehicle sales figures for October 2020 are in, and we have compiled a list of the ten best-selling vehicles for the month. It comes as little surprise that Toyota vehicles make up 50% of the list, given that the automaker sold 9179 new vehicles in South Africa last month.

Toyota South Africa is undoubtedly the biggest automaker in the country, and their strong sales figures underline that. Interestingly, the Toyota Hilux is not leading the sales charts this month, which can be attributed to the fact that buyers would rather spend their money on the new model that was launched in October.

Still, in the grander scheme of things, the Hilux finds itself in the top-four of vehicles sold, which is not something to be scoffed at - even if sales are way lower than what we've come to expect. Leading the overall sales for October 2020 is the Volkswagen Polo Vivo. The Vivo sold 2259 units last month, which was undoubtedly boosted by the addition of a new special edition model, called the 'Mswenko'. In second place is the Ford Ranger, which also managed to sell more than 2000 units. It saw 2203 units roll off showroom floors.

Rounding out the top ten is the Toyota Starlet (1102 units) and Toyota Corolla Quest (850 units). If we were to count the Corolla family's (Quest, Corolla Sedan (80 units), Corolla Hatch (94 units) sales total as one, it would amount to 1024 units. 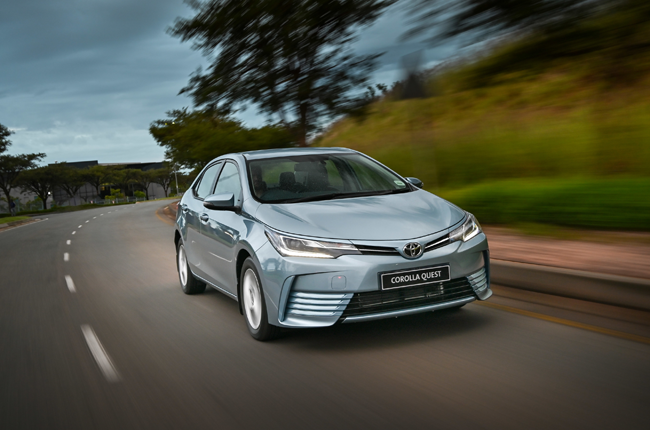 Toyota Corolla Quest: 850 units sold in October 2020
Motorpress
We live in a world where facts and fiction get blurred
In times of uncertainty you need journalism you can trust. For only R75 per month, you have access to a world of in-depth analyses, investigative journalism, top opinions and a range of features. Journalism strengthens democracy. Invest in the future today.
Subscribe to News24
Related Links
SA bakkie sales | Here's how the Ford Ranger outsold the formidable Hilux in October 2020
New Starlet helps Toyota SA post best passenger car sales of 2020
SA car sales | You'd be surprised at which Kia models are selling best for the Korean automaker...
Next on Wheels24
Buying a vehicle can be a poor investment, but not if you acquire one of these classics