SPIED: Next E-Class races at the 'Ring 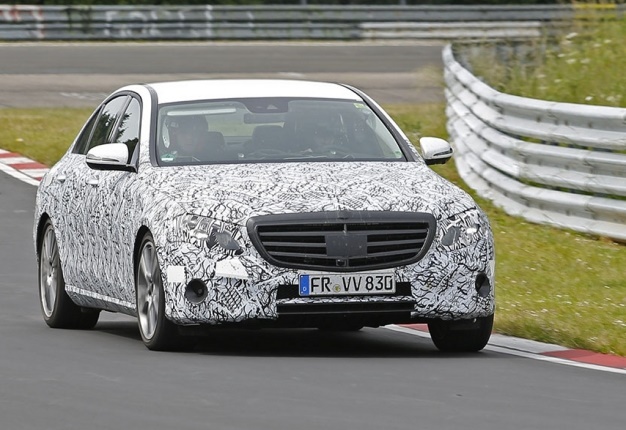 The cars will share the same 'modular rear architecture' platform as the C-Class though the new car could be larger than the current model - but much lighter thanks to extensive use of aluminium. The mid-size luxury sedan is expected to have a longer wheelbase, which will be translated into extra passenger space.

Powering the new E-Class will be new three- and four-cylinder engines though rumours persist that the automaker could return to straight-sixes - just like the new AMG twin-turbo 4.0 V8 is made of two 2.0 four-cylinder AMG blocks, the straight-six will share parts with the three-cylinders.

Speaking of the AMG, the performance version will be powered by the new 4.0 V8 in the next E63 AMG. Once again, the Affalterbach machine will receive all-wheel drive as an option and an S version will be offered.

The interior will borrow elements from the 2015 C-Class and the flagship S-Class.

We live in a world where facts and fiction get blurred
In times of uncertainty you need journalism you can trust. For only R75 per month, you have access to a world of in-depth analyses, investigative journalism, top opinions and a range of features. Journalism strengthens democracy. Invest in the future today.
Subscribe to News24
Related Links
E-Class gets pretty for Detroit
Next on Wheels24
'It's become a part of who I am': How a hobby turned into a Hot Wheels collector's passion