Want to reduce your fuel bill? These are the top second-hand cars to buy and sell at auctions in SA

While the petrol price is set to drop by 95 cents a litre during July and diesel will drop by 75 cents, South Africans are still reeling from sky-high fuel prices.

One way of dealing with this situation is by purchasing an economical car. But which vehicle is best?

According to Darryl Jacobson, managing director of True Price, these are the eight best buys if fuel economy is important.

He said: "We have gone through our extensive database, and we have picked the top eight vehicles when it comes to both resale value and fuel economy. I believe that South African motorists wanting to reduce their fuel bill would be well advised to consider these vehicles."

True Price has data pertaining to thousands of vehicles sold on bank repossession auctions on its system. The figures in brackets behind each vehicle pertain to the actual price paid on auction (they are expressed as a percentage of the vehicle’s original retail price).

This family-focused sports utility vehicle (SUV) is a real quality act, which boasts a spacious interior and faultless build quality. Jacobson says the pick of the range is the Volkswagen Tiguan 2.0 TDI Comfortline, which costs from R505 800. It has a claimed efficiency of 5.2 litres per 100km.

According to Jacobson, this is a vehicle that always attracts attention with its stylish looks. "The Fiesta is definitely one of the best vehicles produced by Ford. It looks great inside and out, the ride is refined and it’s brilliant to drive as well."

According to Jacobson, the pick of the model range is the Fiesta 1.5 TDCi Trend, which costs from R305 100 and has a claimed fuel consumption figure of just 3.3 litres per 100km.Toyota Corolla (resale value of 59.13%)

As Jacobson points out, everything keeps going right for the Corolla: "And, when someone wisely buys one of these incredibly well-built vehicles, chances are excellent that everything will keep going right for the buyer too." This is a car that is amongst the most reliable on the market, and it is supported by a massive and well-trained dealer network. According to Jacobson, the pick of the model range is the Toyota Corolla 1.4D Esteem, which costs from R315 100 and has a claimed fuel consumption figure of just 4.5 litres per 100 km.

Jacobson is a big fan of the exterior styling of the Swift. He said: "I just love its looks!” he expounds. But it’s more than just a good-looking car. "It's is spacious, well equipped and it’s fun to drive too." According to Jacobson, pricing starts at R160 900. "It doesn’t matter which model you drive; they’re all powered by the same 1.2-litre engine, which has a claimed fuel consumption figure of just 4.9 litres per 100km irrespective of whether you opt for a manual or automatic transmission," he reveals. 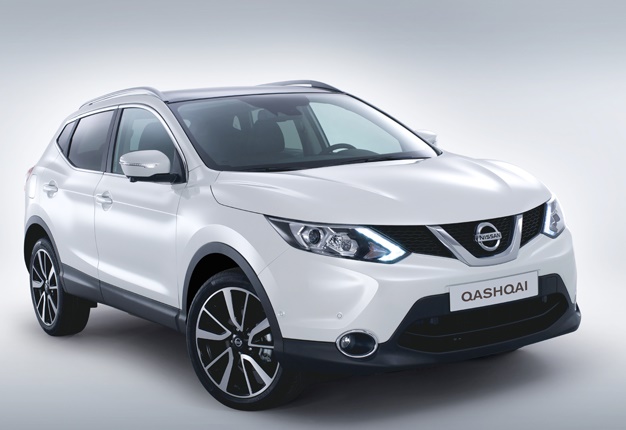 According to Jacobson, this vehicle is "slightly bolder" than traditional mom’s taxis, and it creates huge appeal on the auction floor. "Both quiet and comfortable, the Qashqai is a practical and economical small crossover/SUV," he notes. According to Jacobson, the pick of the model range is the Qashqai 1.5 dCi Acenta, which costs from R418 900 and has a claimed fuel consumption figure of just 4.2 litres per 100km. The A1 is extremely prestigious to drive and it’s decidedly luxurious, despite its size. That’s according to Jacobson, who adds that the A1 features a beautifully designed interior while being reliable and extremely safe. A new A1 is en route to South Africa, so it’s not possible to pick the most economical current model or give pricing/fuel consumption statistics.

"But I’m pretty certain that the new range will be extremely economical indeed; certainly it will be on par with (if not better than) other models in our top eight," says Jacobson.

According to Jacobson, the 3 Series is undoubtedly the top choice of the millennials in South Africa. “It’s an enormously prestigious car to own and drive. The very latest model range is the benchmark in its segment, offering superb styling, an engaging drive and brilliant handling,” says Jacobson. He says the pick of the model range is the BMW 320d, which costs from R649 000 and has a claimed fuel consumption figure of just 4.8 litres per 100 km.

According to Jacobson, this is a middle-of-the-road vehicle with wide appeal. "It offers a composed ride, a classy interior, good safety features and reasonable running costs," he adds. He reckons that the pick of the model range is the Opel Astra 1.0T, which costs from R301 049 and has a claimed fuel consumption figure of just 4.4 litres per 100 km.

We live in a world where facts and fiction get blurred
In times of uncertainty you need journalism you can trust. For only R75 per month, you have access to a world of in-depth analyses, investigative journalism, top opinions and a range of features. Journalism strengthens democracy. Invest in the future today.
Subscribe to News24
Related Links
Fuel set for July breather, weak Rand obstructs bigger drop – AA
WATCH: With ever-increasing fuel hikes, here are hybrid SUVs to consider
Next on Wheels24
What happens if you are involved in an accident with a driving school vehicle?