• The full B6 (assault rifle including AK47 and R1) protection kit has been fitted to the Amarok.

• SVI has completed the first of three units, with a 12-week conversion time.

Volkswagen's popular Amarok has been given the SVI treatment after the armoured vehicle specialist gave it the bullet-proof treatment. Speaking on the conversion, SVI says that its customers opted for the ultimate civilian level of armoured protection, namely the B6 package. This protection package is strong enough to protect occupants from bullets fired from assault rifles, including AK47s.

SVI says that the conversion entails stripping the interior to the bare metal and meticulously building the vehicle up as an armoured unit. Special steel armoured plates and composite materials are used for the body, and 38mm thick armoured glass replaces the original glazing. The suspension is upgraded to cope with the 650kg additional mass. The Amarok's V6 powerplant remains untouched.

In all, the B6 conversion process takes around 12 weeks to complete, with pricing starting at R655 000, excluding VAT and options. SVI offers a one-year/50 000km warranty for road use.

READ: Early success for Ford SA and SVI Engineering as orders for armoured Rangers stream in 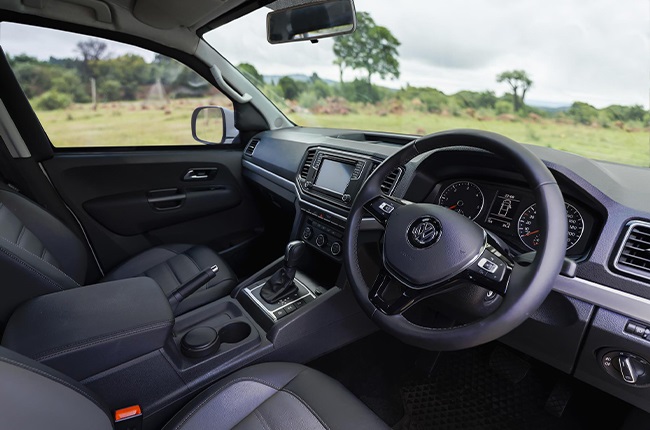 The bakkie used for the conversion is the most powerful Amarok in South Africa, namely the one fitted with the 3.0-litre turbodiesel engine. With 190kW and 580Nm to its disposal, the Amarok can clear 0-100km/h in 7.6 seconds and top out at 207km/h. The sprint time, especially, can rival some hot hatchbacks on the market, which is why it's garnered so much respect in automotive circles.

Two models make up the Amarok V6 line-up, namely the Highline and Extreme models. Both are double cab and fitted with the automaker's 4Motion all-wheel-drive system, but the Extreme boasts additional features and technologies to improve in-cabin comfort. SVI and its South African presence

In late 2020, SVI announced that South Africans can order its Max 3 armoured vehicle. This military vehicle is based on the Toyota Land Criser 79 and employs the same chassis and powertrain. SVI says that the Max 3 is suitable for civilians, but its application is best suited to security, riot control, and as transportation for those fighting poachers.

The Max 3 retails for R1.6 million (excluding VAT and specification dependent) and can reach a top speed of 140km/h.

At the start of 2021, SVI and Ford South Africa announced that Ranger owners can request to have their bakkies fitted with SVI's armoured protection kits when they order one at the dealership. Ford said at the time that the Ranger is the only vehicle in its segment to be offered with OEM-approved armoured protection.

The joint venture had garnered interest rather quickly, with ten owners opting for the SVI protection in two weeks following the February announcement.

We live in a world where facts and fiction get blurred
In times of uncertainty you need journalism you can trust. For only R75 per month, you have access to a world of in-depth analyses, investigative journalism, top opinions and a range of features. Journalism strengthens democracy. Invest in the future today.
Subscribe to News24
Next on Wheels24
REVIEW | Big, strong and potent: Land Rover Defender 110 First Edition is capable off road