Besides the Hilux and Ranger, here are other left field bakkie options to choose • Renault and Peugeot also planning to bring in new bakkies.

• The Santa Cruz is Hyundai's bakkie derivative, but is not yet destined for local shores.

Taxes, death, and the Toyota Hilux being South Africa's best-selling bakkie are some of the many certainties in life, and for the foreseeable future, the latter won't be changing anytime soon.

The chasing pack continually consists of the Ford Ranger, Isuzu D-Max, and Volkswagen Amarok. Still, the bakkie landscape is slowly shifting to accommodate new offerings from automakers wanting to break into an already-overpopulated segment.

According to NAAMSA, for the month of March, the Hilux recorded a whopping 3941 unit sales.

The bakkie segment is so lucrative locally that even Mercedes-Benz thought they could snag a piece of the pie with the X-Class. Besides being overpriced, it was too heavy and had disastrous cabin ergonomics. It was also really just a Nissan with a Mercedes badge. All of this signalled the end of the 'Kim Kardashian' bakkie.

Left of the field

Renault and Peugeot have their Duster Oroch and Landtrek bakkies earmarked for local introduction. In contrast, Hyundai's Santa Cruz bakkie - currently only confirmed for the US - is yet another offering that brings the trio full circle.

Do you think the arrival of new bakkie options from the likes of Renault, and Peugeot would affect the Hilux and Ranger's standing in the segment? Please email us, or share your thoughts in the comments section below.

Most prospective buyers tend to shy away from maiden models, sticking instead to the tried-and-tested ones doing the rounds, though recent times have proved the opposite. However, new vehicles like the Toyota Starlet, Suzuki Vitara Brezza, and Renualt Triber have sold well, with factors like pricing, space, and safety being critical attributes in a different segment.

It would be impossible to predict how buyers and the wider motoring community, in general, would receive new bakkie offerings. Pricing and value for money is pivotal in such a tight-knit segment.

READ | Hyundai's new Santa Cruz could be the bakkie South Africans need, but also not...

There's been nothing to indicate the Hilux will lose its grip atop the lofty perch it always sits, but the battle taking place below it will provide for interesting monitoring. Critics will be in full force, sharpening their proverbial blades towards model comparisons against the Hilux and Ranger, citing the failure of the X-Class against the newcomers.

The Toyota Hilux and Ford Ranger are South Africa's best-selling bakkies at present, but a few 'new kids on the block' provides some 'left field' alternatives. Here they are: 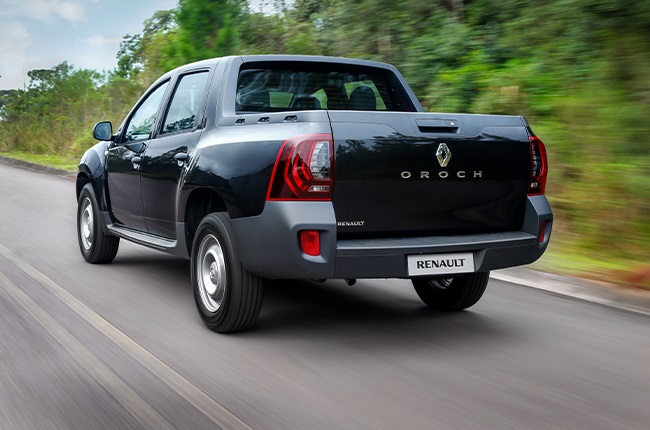 The French brand has been enjoying considerable success in a number of markets - most notably the entry-level and compact SUV - and they feel they are ready to now dip their feet in a very competitive pond.

The bakkie will be hoping to follow in the same vein as the Kwid, Triber and Sandero models. According to Renault South Africa, the Oroch single cab bakkie is set to launch in 2022.

Yet another representative from France, this time it's the brand based in Sochaux. Peugeot recently underwent a logo rebranding, and to lay down an early marker locally, they've already launched the 2008 SUV earlier this year with the Landtrek bakkie set to follow as well.

The known factors about the Landtrek is that it will utilise a 1.9-litre diesel engine with power figures of 110kW and 350Nm. Another more powerful engine on offer - a 2.4-litre petrol unit - produces 157kW and 320Nm. The bakkie will be available in both 4x2 and 4x4 configurations, coupled to either a six-speed manual or automatic transmission.

The bakkie is scheduled for local introduction in 2021, but the automaker will announce dates in due course. The Korean brand has seen an upward trajectory in recent years, down to its wide range of compact SUV and passenger offerings. The bakkie was initially rumoured to be powered by a 3.0-litre straight-six engine - the same one found in the Genesis GV80 sedan - with power rated at 207kW and 588Nm.

Under the bonnet is a choice of two engines - a naturally aspirated 2.5-litre four-cylinder petrol engine with 141kW and 244Nm, and a turbocharged variant with the same displacement that makes 205kW and 420Nm. Both make use of 8-speed dual-clutch transmissions.

Wheels24's Janine Van der Post says: "On the recent local Santa Fe launch, Hyundai said the Santa Cruz bakkie is really a Tucson with a loadbay, and it's specifically built for the American market. And while it's only a left-hand drive vehicle for now, the automaker might look into building it for right-hand drive markets if its proves successful. Only then, can we hope it will be marked for the local market too."